Many Shades Of Worship: Where is worship heading

Never have there been so many sounds and styles of worship. Tony Cummings looks at its diversity and talks to some of the major praise and worship practitioners. 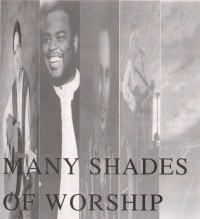 It is profoundly true that God delights in diversity. Huge problems and ugly sins have manifested themselves in the Church - from disunity to racism - when we've forgotten this revelation. In the cultural expression of thanks and intimacy with God we today refer to as praise and worship we have seen demonstrated, like at no previous time in history, the fact that there is no single way of worshipping God, but a breathtaking panoply of worship expressions as wide and diverse as the races and cultures that populate our globe. On a personal level, discovering some of the rich variations of worship has been a thrilling voyage of discovery for me. I've had the opportunity to move beyond the confines of my particular European experience to worship God in three other continents and in Britain to move beyond my particular church tradition - the charismatic praise and worship choruses - to discover other worship vehicles, older (plainsong, hymnody) and newer (alternative rock, sanctified dance).

This exposure to God's, and indeed mankinds, dazzling variety, has, I'm sure, helped tremendously in sustaining in me a zeal for worship. Indeed, today I see worship as the diamond in the musical crown, a thrilling though enigmatic phenomenon where the aesthetic and the spiritual meet and where true worship becomes Music Plus - music with a capacity of no other to transport those exposed to it into the very presence of God.

Today, the Church in the West is divided in its attitude towards worship. There are effectively three schools of thought and practice.

School One could be called Traditionalist. It sees worship as a divine continuum with its role primarily as the holder's of history's musical glories, be they Tallis or Wesley. The Traditionalist's strength is their aesthetic integrity (who could deny that the glories of cathedral choirs, the Roman Catholic Mass or Wesleyan hymnody enrich our culture?). Their weakness is their failure to give sufficient attention to the biblical injunction to praise the Lord with a new song with some Traditionalist worship practices becoming dusty and anachronistic.

School Two's worship could be called PCR (Post Charismatic Renewal). The restoration of spiritual gifts to large parts of the Church from the '60s onwards did many things, one of which was the widespread dissemination of a new model for worship in Western churches. With the emphasis on newly composed, simple worship choruses the Renewal brought an immediacy, gaiety and spontaneity back to worship for an ever growing number of churches including today many evangelical and traditional churches who would not subscribe to any other aspect of doctrine or practice of the original Renewal. The PCR's strength is the undeniable achievement in taking thousands upon thousands of Christians beyond the place where they were merely 'singers of hymns' to an actual interaction with God himself. Their weakness is the stylised and even banal nature of their material with its seemingly endless conveyer belt of new songs and the fact that it too has become culturally redundant for new younger generations of worshippers.

School Three could be called Alternative Worshippers. Tailoring worship to a myriad of local church conditions and cultural backgrounds and tastes they've taken elements from current secular culture (grunge, rock or house dance music) or elements from Church history (Celtic spirituality or iconography) to connect with worshippers unable to elate to the music and worship of the traditionalists or the PCRs. The Alternative Worshippers' strength is their creative experimentalism, grabbing hold of the truth that God cannot be boxed in with worship formula. Their weakness is that they are sometimes doctrinally immature and unable to discern the difference between spiritual radicalism and fleshly fadism.

In this, the first of a five part series, we will be examining, among other things, each of these schools by talking to some of the leading figures who are shaping worship in the Western churches as it moves into the next millennium. We will be talking to both traditional hymn writers and pioneers in alternative worship. But we kick off this series with profiles on a number of worship leaders who hold the middle ground, taking worship to congregations both young (Matt Redman) and old (Don Moen). The writers preparing these articles still have much to think about and discuss as we seek to become more committed, more consistent worshippers of the living God. My hope and prayer is that something in the Many Shades Of Worship articles will spark off such a process in all who read them.