Marcos Witt: The worship leader speaks about his ministry

With over seven million album sales Latin praise and worship leader MARCOS WITT is a music industry phenomenon. He spoke to George Luke. 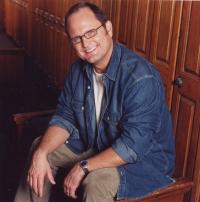 Within English-speaking Christian circles, the name Marcos Witt may not mean much. But to Christians of a Hispanic persuasion, the man is something of a legend. The best way to describe Marcos to non-Spanish speakers would probably be to call him Latin America's equivalent of Graham Kendrick - but even that only tells part of the story. For a start, I've never heard any mainstream pop stars cover Graham Kendrick songs, whereas I have seen covers of Marcos Witt songs surface on mainstream salsa albums!

Marcos is, first and foremost, a worshipper. You can then add to that his other job titles: singer, songwriter, record label boss, author, pastor and post-graduate student (and I'm sure I've missed a few!). In a 22-year career, he has recorded a staggering 26 albums (including four 'best of' compilations). Sales of his recordings and videos in Latin America, Mexico and the USA are in excess of 7,000,000 units. And in 2003, he won the Latin Grammy Award for Best Christian Album with his 'Sana Nuestra Tierra' ('Heal Our Land') album.

Marcos (full name Jonathan Mark Witt) was born in San Antonio, Texas in 1962 - the second of three boys born to Jerry and Nola Witt, a young American missionary couple. Shortly after Marcos' birth, the family moved to Durango, a small town in the north of Mexico, where Jerry and Nola intended to start a ministry.

Jerry used to fly to the innermost parts of Mexico and distribute Bibles to the Indians who lived there. One day in 1964, he was on one of these trips when disaster struck - and he was killed in a crash that has never been fully explained or resolved. Though her knowledge of Spanish was limited, Nola decided the best course of action would be for her to stay in Mexico with the children and carry on her late husband's work. She soon remarried - to another American missionary, Frank Warren, who took up the mantle left by Jerry, continuing his mission work and helping raise Marcos and his two brothers, plus the twin daughters the couple had later on.

As a child, Marcos attended an American school in Durango, and remembers Durango as being a very calm and pleasant place. "As my parents are pastors, I grew up very involved in the church, music, and school," he says. "I started taking piano classes when I was eight years old. Music was a big part of our lives in our house; it was mandatory to learn. I remember giving recitals to family and friends; those were my first musical experiences. Music that I always listened to and really enjoyed was my mother's (Marcos' mum is now one of the artists signed to his label; more on that later). It was always Christian music and I would also listen to all types of classical music." Marcos went on to study music at the University of Durango, and then attended the Bible Institute of San Antonio, where he did Theological Studies. He is currently doing a masters' course at Oral Roberts University.

In 1986, Marcos married Miriam Lee, with whom he now has four children. In the same year, he recorded his debut album, 'Cancion A Dios' ('Song To God'). The following year, he launched CanZion Producciones, a multi-faceted company dedicated to supporting the talents and production of Spanish Christian music. Marcos' first praise and worship album on the CanZion imprint was the 1991 release 'Proyecto AA' (the AA stood for Alabanza y Adoracion - or in English, praise and worship). Last year, Marcos secured a distribution deal with Sony; the first CanZion product to be released into the secular market under the deal was his 'Recordando Otra Vez' album. 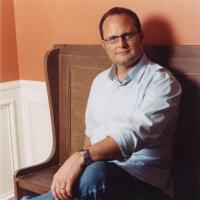 Asking any recording artist to choose a favourite out of their back catalogue is hard enough at the best of times - let alone someone with as many recordings under their belt as Marcos. But one does stand out for him. "Firstly, all the recordings have something very special," he says. "The Holy Spirit has inspired them all. But one that is very special to me is 'Enciende Una Luz' ('Let The Light Shine'). It holds many meanings. My father was a missionary and died for the Gospel. While singing the song 'Enciende Una Luz', a thought came to me: 'If only my dad could see this - more than 20,000 people with candles, singing "Let the light shine, let it glow, let the light of Jesus shine everywhere."'"

As well as leading worship himself, Marcos' other big desire is to train and equip worship leaders. In the year 2000, he launched LIDERE - the branch of CanZion that specialises in leadership training and development. He has also written eight books on the subject of praise and worship. These include Â¿QuÃ© hacemos con estos mÃºsicos? (What Shall We Do With These Musicians?) (1996); SeÃ±or, Â¿en quÃ© puedo servirte? (Lord, How May I Serve You?) (1997); Liderazgo al extremo (Extreme Leadership) (2004), and the only one to be translated into English so far, The Worship-filled Life (1998).

"All the books are reflections of my experiences," he says. "The first was Adoremos (Let's Adore), which was written during a major revival of praise and worship which took place in Latin America in 1996. Like this one, all the books have a purpose guided by God."

The Witt family moved to Texas in 2002, where Marcos and Miriam took up an appointment as pastors to the Hispanic community of Lakewood Church in Houston. This would mark the start of Marcos breaking into the Anglophone market, as he collaborated with other worship leaders in the church - in particular, Israel Houghton and Cindy Cruse-Ratcliff - on the first of Hosanna Music's 'Lakewood Live' worship projects: the 2002 album, 'We Speak to Nations'. Marcos recorded his own full English debut, 'Amazing God' the following year.

"Recording in English was definitely a challenge," says Marcos. "I always had the idea of recording in Spanish only, being that that was the ministry God had given us, and it was blossoming the most in Latin America. God broadened my horizon and gave me the privilege to record in English."

And who knows? We might even get the opportunity to see Marcos in concert over here one day. "We always move by God's will and we let him guide us," he says. "For me it would be a privilege to minister in Europe.and for that reason, we are open and willing to fulfil God's will if he were to send us to the UK."

Saw you this weekend at Thrive Conf. in ElPaso, and never heard/felt the anointing so strong on worship leader. We are 80 and have been in the church all our lives and experienced many of the best. Please, please share your gift more in these end times. So badly needed as so rare.
God bless and keep you. Gratefully.

I bought your book, A Worship-Filled Life, several years ago. I read a few pages then tossed it aside. Our pastor has been speaking about how worship is a lifestyle. I found your book and have started from the beginning again only to go much farther this time. Thank you so much for writing this book. May the Lord bless you mightily.

Hello Mr. Witt. My daughter Zahayra is a 9 yr old daughter who sings beautiful and God gave her an angel classic opera voice. She wants to sing for others to see that Christ lives. Her questiion and mine how can we go to your school to have the proper explosion or education for others can really see her talent. Thank you. God bless you

I was looking for some data regarding Robert Thor OslinÂ´s bio. I knew that he worked with or began a church in CÃ³rdoba, Argentina, the one which I belong to (Later called AsociaciÃ³n EvangÃ©lica Misionera de Poder)...when the web led me to this site, in which Russel Show asks about certain Robert Oslin! Can you give me more information, please? May God bless you a lot!

I love your songs, u inspire me tremendously, i am now learning about God and i wish i would have learned many many years ago. Thank you for your music it makes it easier to worship him. I do have a question, did you learn spanish because of where u were raised, are you a latino? Forgive me of my ignorence but i really want to know because you have an accent>>>> GOD bless you and your family.

I absolutely love Marcos Witt's music. His songs of praise and worship have helped me thru some of the most difficult times of my life. I can't wait till he does a concert in our area again.