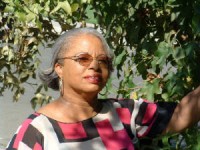 The death in June in Los Angeles of Mary Love Comer brought forth more accolades and obituaries in the UK than in her homeland. Thanks to the decades-long support of Britain's Northern soul scene, singles the singer recorded in the 1960s under the name Mary Love had become acknowledged classics of the scene and even after Mary's switch from secular soul to R&B gospel gained her popularity among UK club goers with her funky "Come Out Of The Sandbox" pulling in plenty of dancers.

Mary Ann Varney was born on 27th July 1943 in Sacramento, California. She started singing at the age of 17. She told Mojo magazine, "I used to sing in church, then I became friends with The Vows, a vocal group, and performed with them." While sharing a bill with them she was spotted by Sam Cooke's manager, J W Alexander. "He gave me his card and we arranged to meet the next day for some studio work."

Mary was signed to Modern Records, the long standing Californian label owned by the notorious Bihari brothers which had risen to prominence in the '50s with such acts as B B King and John Lee Hooker but by the '60s abandoned the blues and were attempting to compete with the uptown soul of Detroit's Motown. With Modern Mary recorded "You Turned My Bitter Into Sweet". More singles followed with one, "Move A Little Closer", nudging the US R&B charts at number 48. By 1968 Mary had left Modern and signed to Josie/Jubilee for whom the single "The Hurt Is Just Beginning" made 46 in the R&B charts. Further releases followed on labels like Elco and Magic Disc came out without much success. The singer had a brief flirtation as an actress. She said, "I starred in Peetie Wheatstraw and played myself in the film Dolemite. I sing 'When We Start' in the nightclub. The clip is now used in Ol' Dirty Bastard's video for 'Baby I Got Your Money'." 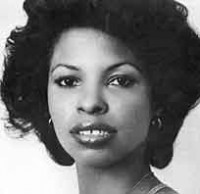 A single for Inphasion was followed by a visit to Japan resulting in a recording session sung partly in Japanese extolling the virtues of the Sweet Taste Bamboo Inn! More recordings, the "Tit For Tat" single for U-Tone Records and "Save Me" for Golden Boy were released but seemingly Mary Love's days of R&B popularity were at an end.

Mary married musical compatriot Brad Comer and the two decided the time was right for Mary's re-emergence as a gospel singer. On their own Co-love label Mary Love Comer's 12" single "Come Out Of The Sandbox" was released. Journalist John Smith took up the next part of Mary's story. "The words of 'Come Out Of The Sandbox' have significant meaning to Mary as to deal with the mentality of believing in failure and disappointment and explain how everyone can shrug this off as all good things are within us. The record proved very popular in the UK and led to further gospel releases, an LP 'His Servant Am I' and a 12" 'Caught Up/Standing On The Edge Of Time' on a Voices limited edition in 1988."

In 1991 one of the central figures in the development of the British soul scene, Ady Croasdell, played a hand in Mary's career. He wrote, "By 1993 I had decided to try running a Northern Soul Weekender at a great venue in Cleethorpes that I knew and was considering which artists to bring over to attract the rare soul crowd. I had already established a good relationship with Mary over the phone from getting artist royalties to her, for which she was always grateful. I had not been in touch for some years though and knew that she was now a minister apparently only prepared to sing songs of a religious nature. She had performed a set, mainly from her inspirational '80s releases on the Co-Love label, for the UK's modern soul crowd who had adopted 'Come Out Of The Sandbox' as an anthemic, soulful crossover play for their weekend get-together. Rod Dearlove's magazine Voices From The Shadows championed these releases and organised her first UK visit. I did not get to that Fleetwood show but heard that she had sung a version of 'You Turned My Bitter Into Sweet' with the lyrics devoted to her Saviour."

Croasdell continued, "Mary's continued popularity with the vintage soul crowd meant she made occasional visits to Europe and when it came to singers for the big soul revue we organised to celebrate Kent Records 25th anniversary in 2007, Mary's name was first on the list. Again she gave a wonderful show and it meant a lot to have her there with us."

Mary and Brad ran their own church in Tennessee for a season. She ultimately returned to California where she communicated with many of her fans via her website, including the following message on her home page: "Faith and belief comprise a very important part of our lives. A person's beliefs in many ways define who they are - how they see themselves, what they want out of life, and more. On this web site I'll offer a personal account of my own beliefs. I'll describe how my beliefs have changed my life in profound and exciting ways and how I think they might change the lives of others. I will share the delivering power of our God and his restoration of our souls when we trust him and his word."