When we think of gospel record companies we, understandably, tend to think of the gospel affiliates of massive music multinationals. Seemingly, to reach the upper echelons of Billboard's Gospel chart you need an EMI or a Zomba with all their dollars and marketing muscle to get the really big sales. But small record companies able to record local gospel acts for a regional market have, despite all the odds, continued to exist. One of the most intriguing of these small companies is Masterpiece Christian Records of Rocky Mount, North Carolina. I quizzed the company's president, Ted Wilson about the origins of this brave enterprise. "My wife Michelle and I started Masterpiece Christian Records in 1996. At the time we had no artist and no idea of how a record label functioned. The next 11 years would provide an array of experiences (both good and bad) to enabled us to keep the music flowing." Ted had moved to North Carolina in 1994 after seven years of medical school and residency training in Toledo, Ohio. It was there that Ted met and married Michelle. It was prior to medical school that Wilson caught the music bug. He explained, "I had a home recording studio in Rochester, New York that kept me busy. Over a 12-year period I recorded numerous gospel artists including a few national talents such as Timothy Wright and Rosie Haynes."

By the late 1990s much had changed in recording technology and a fully functioning pro studio could be equipped for under $60,000. Said Ted, "We started getting equipment with this in mind. In 1997 friends from Rochester and North Carolina came together and we recorded our first project called 'Circle Of Love'. The production was 'terrible' so it was kept on the shelf; I still got boxes of CDs (smile). A friend from New York let us hear a DAT recording of Ron Surrey. It was an original gospel production, with an old school R&B favor that was a mixture of folk and blues. I loved it but realised there was not a major (commercial music) market for the material. Around the same time I heard an excellent live recording of James Bellamy And The TC Ensemble that was never finished. Michelle and I decided an independent record label could release these projects in small numbers to a specific consumer base. In 1998 'Rhapsody In Spirit' by Ron Surrey and 'Let Your Spirit Fill This Place' by James Bellamy And The TC Ensemble were released."

In a gospel market today dominated by big name artists on major record labels how could a tiny company like Masterpiece Christian Records survive? Ted' answer was fascinating. "Like any business it is important to generate a profit by knowing your market, producing an excellent product (that is desired by the market) and defining your value of success. MCR does not compete with the dollar-driven industry dominant mega companies. Our products are 'Music that Ministers', bringing the Gospel of Jesus Christ to those that God has given us an opportunity to reach. We have been blessed to keep our production cost low by doing most of the work in house (graphics, photography, website design, recording, video production, etc). Over the past three to four years we have expanded our sales throughout the Eastern USA because of James Bellamy and Hope Askew getting wide exposure. They have had performances on national television programmes such as Bobby Jones Gospel and Singsation. They have also been seen on the cover of Gospel USA and various major city newspapers."

I asked Ted to run down their current roster of artists. "Possibly Hope Askew is the highest profile artist. She's had two albums, 'Always Hope' in 2004 and 'Life, Love And Music' in late 2006. She has been busy over the past year sharing the stage with Andrae Crouch, Donald Lawrence & Tri-City Singers, J Moss, and many others. She was nominated for the 2006 New Gospel artist for Virginia GAG. 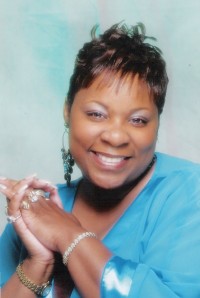 "We also have James Bellamy & TC who have a new project 'Triumphant: Live'. This is James' third album and the most highly anticipated for the label. He has been our most successful artist by CD sales. He is well received among the churches throughout the Eastern USA as a praise and worship leader.

"Everett Silver, who is a pastor of a church in North Carolina, released 'Gift Of Love' in 2004. It received excellent reviews and has continued to sell via the internet. Ray Braswell, Jr. is the master producer for the label who has been a blessing to our efforts. He is only 26 years old and was co-producer for Keith 'Wonderboy' Johnson for many years. Masterpiece is releasing his compilation CD 'Raymarkable Vol 1' by this fall. And we have also recently released 'Choices, The Story Of Noah' by Lil' Peeps which is a children's video series that teaches Christian principles to three to eight year olds using music, puppetry and animation."

Ted is Kingdom focused about the future. "MCR is not looking for another Kirk Franklin. I believe God has used GospoCentric Records and Kirk to reach the masses. Like Kirk, we look for individuals that are talented, self-expressive, Christ-oriented, and understand the commitment to the music industry. If God will allow Masterpiece and an artist to reach the masses - what an honour that would be. But we're not chasing after that level of success. Although it has increased, gospel music sales and capital dollars are still a small percentage of the music industry. The major labels have purchased or closed down many of the independents that were profitable in the past. In today's marketplace however these mega companies are experiencing large financial losses with decreasing CD sales, high production/marketing costs, piracy and internet down loads. Masterpiece keeps working because of our love for ministry and a positive impact we make in the lives of individuals that God has provided us an opportunity to reach. We operate dollar for dollar with each new release improving in overall quality and investment of resources. I believe God will continue to honor our work with the monies and talent to move to the next level."

chocolate city has been away from the Nigerian music industry for a while now, so chocolate city is looking for upcoming talented artistes to come for an audition and the most talented artiste
will have a record deal with chocolate city record. There will be lots of consolation prizes for the participating
artistes.All interested artistes are to send their details via email to (chocolatecity1001@gmail.com) in the following format:
Sponsorship and marketing deal is also available for interested artistes.
NAMEâ¦â¦.
STAGE NAMEâ¦..
MUSIC GENREâ¦..
ADDRESSâ¦â¦..
AGEâ¦â¦
PHONE NUMBERâ¦
PHOTOGRAPH...........
All entries should be sent immediately as only limited slots available.
AUDITION TEAM 2015
Lagos
Email:chocolatecity1001@gmail.com or call 08139737967
Plot 77, 22b Admiralty Way, Lekki Phase 1, Lagos, Nigeria

Good day and God bless,I am insearch of a compitent gospel record label to sign me.I have 3 songs on promo level right now on radio,facebook etc and on blogs too.I am willing and praying to God to connect me with a recorde label that has the mind set of pushing gospel music all arround the world.here is a link of one of my works http://xchanger.mobi/v2/file.php?fid=514026

Good day. am a Gospel singer, my genre is: Folk, slow rock, if theres is anything called African Country Music? thats what i do best. i cant tell you i have a good or great songs if you have not listened to the songs. it will be my utmost pleasure to work with your label. hope to hear from you if you are convinced enough. thanks.

I am an artist from Namibia a singer, songriter and composer and i have two albums that i relese ased already and i am working on my third album. I love the Lord with all my heart and would like to sign under you label to take the gospel of our lord Jesus Christ to the world worldwide

Good afternoon sir,my names are Onyekachi Goodness,am from Nigeria west Africa,but residing in South Africa,sir i am a vocalist,and i want to work in your recording company,i sing in the holy ghost,and i want to bless this generation with my talent.I love God so much,and he is my inspiration.Hope to hear from you soon.Thanks.

I would like to sing under your label.I am good singer and i have written good xtian songs.I can send it to you on request through my link on sound cloud.I will be glad to hear from you soon.
Marian

Can anyone assist,
Bless you.
Inspired and led by the holy spirit i have written 2 songs they are ready on demo but the secular studio not interested, just sitting on the shelf, would anyone like to hear my songs if so let me know.
only honest and genuines please. God bless you.

I would want to hear it

For the record - no pun intended - my email was not sent with the concept of it being published on your site but to interest you. Blessings ! James

Exciting to read where you have come from and what it is you have going for you ... and, very importantly, as one reads - going for God !

May I send you some details regarding two musical projects - RUTH (yes that one .. ) and DICKENS TESTAMENT ? I would much appreciate your advice and opinion - these are very much ready to go musicls with ( I think !! ) great songs .... - and prayers ...

Blessings and in His Love and believing for your continued success

I have been singing been on stage with some of the great singer of our time but since go has call me for such a time as this Im ready to give him my all can you help me Im asinger and song writer it wonld be nice to hear from you thanks nice site.