Matt Brouwer: A song-by-song rundown of his 'Till The Sunrise' album 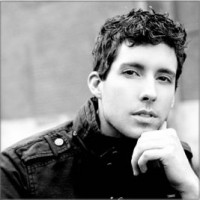 Though he now lives in Texas, the Nova Scotia-born singer, songwriter and worship leader Matt Brouwer has retained his huge popularity in his Canadian homeland where since his album debut with 'Imagerical' in 2001 he has run up a number of awards. After his brief brush with Reunion Records, Matt formed his own independent label Black Shoe Records and the stream of releases 'Unlearning' (2005), 'The B-Sides Recording Vol 1' (2006), 'Where's Our Revolution' (2008), 'A Merry Little Christmas' (2009) and 'A Merry Little Christmas EP 2' (2010) have kept him touring the US and Canada. His latest album 'Till The Sunrise' was produced by Grammy Award winning Michael Omartian and features the Nashville-based session collective Zod Lounge. Here Matt gives the rundown on each song on his latest effort.

"Till The Sunrise"
This song is inspired by my wife Hannah and how much she has changed my life. The specific moment that this song describes is of us lying on a beach in Hawaii after dark looking up at a perfectly clear sky. The stars were amazing and the waves were gently rolling in on the shore. As I was looking up at the heavens with my new wife in my arms I knew my life had changed in a profound way, it was like it was being re-born, like a new beginning, a new story. I was really blindsided by how differently I viewed life now that I was a husband. That sense of elation and excitement for life to begin fresh really resonated with me in a spiritual sense and I could feel God's love in a deeper way than I have ever known now that I felt such a deep love for my wife. It was a perfect moment and I never wanted it to end.

"Tonight"
This is a song of rebirth, of coming back to life after walking a long dark road. I've always been a dreamer and at the same time a bit of a control freak. What I've learned and tried to express in this song is that God's love is something I can trust. I can let go of control and rest in the security of the Lord's care and his faithfulness. Even when I can't see the light the morning is always coming.

"Thornside"
The fictional town of Thornside that this song talks about is a place that has people trapped. There's the comfortableness and familiarity that holds people to a place of pain and suffering all the while offering them false hope and the illusion of power and position. The idea and concept for this song came from 2 Corinthians 12 where the apostle Paul talks about the "thorn in his side". Rather than playing the "martyr", Paul embraced his struggles and rose above them. He did not wallow in self-pity and his pain made him a better person for the struggle. This song was a very different writing experience for me musically and lyrically and I really enjoyed the challenge of mixing a kind of southern or Americana tune with gospel. It was a blast to record!

"Ocean"
This song is about our generation and how we long for connection and yet seem to be so isolated in many ways in our culture. I know what it feels like to have lost your way and how it's scary and lonely. In those moments it's been my relationship with Jesus that has been a lighthouse on a dark ocean. I've always loved the ocean. I grew up surrounded by it in Eastern Canada. The vast expanse and the mystery of it have always had a major appeal to me. And yet something so beautiful and amazing can also be treacherous and terrifying. The idea of being lost all alone and being swallowed by something so vast is a really scary thought and one that I think explains how it feels to be lost in our lives as well. But it's the love of God that anchors us to reality and give us hope and light in the darkness. That's the message of this song. "Ocean" is also one of a few songs I wrote on piano for this record. I started out playing the piano in grade school but I have been writing mostly on the acoustic guitar for the past several years. It was really great to get back to writing on piano as each instrument brings something different to the outcome when songwriting.

"Everlasting"
My wife and I traveled to Costa Rica in April this past year because there was a medical conference there that she had a chance to attend. I was just tagging along so I had most of the daytime to myself and I decided to spend the time writing songs. One beautiful morning I woke up and decided to seek inspiration by reading some of the book of Psalms. I read Psalm 139 and it seemed to be accompanied with a melody in my mind so I grabbed my guitar and wrote this song. 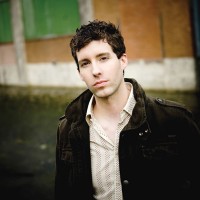 "One For Another"
Right from the beginning I wanted this album to be about community and collaboration because I believe that we are all better when we work together. So I contacted a bunch of musicians I've written, toured or worked with in the past and asked if they would be willing to do a co-writing session over Skype on our computers. It was amazing to re-connect with friends I hadn't seen in ages and to get to work with musicians I respect even though we were in different parts of the country and the world. I wrote six songs for the album that way and this song was one of those Skype co-writes. I wrote it with my friend Jill Paquette. The song is a plea for unity and togetherness. We are our brother's and sister's keeper. It's a "one for all" sort of concept because we all win or lose together.

"One In A Million"
"One In A Million" is a love song about that first amazing connection where the person of your affection can do no wrong and there's just a sense of magic in how you relate to each other and all you want to do is be around them all the time. I wrote this song inspired by my wife Hannah and some of the specifics about the very beginning of our relationship and how I knew she was the "one". At the risk of sounding cheesy, I feel this song describes her in my eyes even more now than it did then.

"Someone Else's Arms"
This song is about unfaithfulness and the terrible heartbreak of a true heart that has been cheated upon. The inspiration is the Old Testament book of Hosea. Being newly married I feel especially impacted by the thought of the betrayal and pain that God feels when we turn away from his love to pursue others. I can understand that more now than I could before and it makes it all the more incredible that he still waits for us with open arms time after time when we've been unfaithful to him. That is incredible love!

"Wish You Were Here"
Last December I did a tour in the Northeast and I found myself in New York City. It was the first time that Hannah and I were apart since getting married four months earlier. I realised at that moment how much my life had changed because I could not enjoy the experience of being in New York at Christmas in the same way as I had other times I was there before because nothing had the same meaning when I couldn't share it with my love and all I could feel was an ache in my heart of missing her. That really came as a surprise to me because I have always been very independent and would never have believed I would feel this way. I always prided myself on being the type of person who enjoys solitude and the creative inspiration that results from being alone. I wrote this song because all that had changed and I was amazed at how Hannah made my old world just fall apart so easily. Her love has expanded my heart and helped me see the world with more compassion and re-energized my passion for music and replaced my dependency on solitude with a new inspiration.

"Love Can Find A Way"
I met JJ Heller and her husband Dave a year ago in California when we were booked for a concert together. We became friends and have now toured together as well. I am a big fan of their music and asked them to write a song with me for this album. What I really love about this song is that it talks about the power of love to reach us anywhere and in just the right time. No one is beyond the reaches of love. It feels really great to be able to share that message in this song.

"Outside, Inside"
This song is really special to me because what it started being written about changed dramatically during the process of writing it and became more personal than I could have ever imagined. Initially the song was inspired by the horrific tornado's that devastated Joplin, Montana last summer and killed some 150 people. The idea of losing someone you love to tragedy was so moving to me and so the song is written from the perspective of the person left behind to deal with the aftermath immediately after losing everything. What I realised halfway through writing it is that this is my Mom's story as well. My Father was killed in a car accident when I was just a kid. All of a sudden, to imagine her feelings of shock and devastation immediately after all of our lives were turned upside-down really gave me a deep personal connection to it that was a surprise but also a very powerful experience.