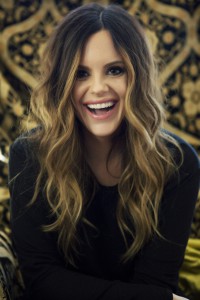 Anyone who's heard the "Fearless" single on Cross Rhythms radio will know that Mia Fieldes has an exceptional pop voice. But it doesn't stop there. Her work with the Hillsong Church in Sydney elevated Mia to the upper echelons of Christian songwriters and the 30 year old crafter of songs has written for many of America's top artists including Michael W Smith, Meredith Andrews, Lincoln Brewster, Lauren Daigle, Francesca Battistelli, For King And Country and Matt Maher.

Mia spoke to Craig Ketchum about her early years. "When I was five I got saved in the Salvation Army. At the time no one in my family was a Christian, so I didn't have anyone teaching me about Jesus outside of Sunday School. But I had songs. I remember singing songs like 'Jesus Loves Me', 'Jesus Wants Me For A Sunbeam' and 'This Is The Day' and those becoming the foundation of my faith. Even though I have been in church now for 23 years and graduated from Bible College, I can honestly say that my theology really hasn't changed. Those songs had simple, amazing truths that found their way into my heart and made their home there. I have always wanted that for other people. That I'd be able to bring something that helps them to know Jesus, who he is and believe, and songs for a long time have felt like part of my DNA. So why not write?"

As a 13-year-old growing up in Australia, Mia would sit in her bedroom doorway while her sisters slept and write letters to God. "I prayed with a pen so many nights. Over and over again I would write 'God one day I want to write songs about you that go all over the world.'" Even at her young age, Mia found the choice simple. "I knew I wasn't the best singer or musician," she recalled. "I only played the euphonium, which is like a tuba and not at all helpful in writing songs. But I had this deep revelation that despite being an identical triplet, God was going to use me for something unique and special."

At 17 Mia moved to Sydney and spent the next 10 years at Hillsong Church. Over the next few years many of her songs were recorded by Hillsong United and Hillsong Live (now known as Hillsong Worship). In 2009 Mia tried her hand as an artist with the independently released 'There's A Reason'. It didn't sell well and with its strange sleeve photo of a blonde-haired Mia sitting in a supermarket trolley it seems like a career misjudgment. Soon though, Mia's songs, thanks to regular trips to the US, were being recorded by many top CCM artists. Francesca Battistelli took Fieldes' song "He Knows My Name" to number one on the Christian radio charts while "Proof Of Your Love" recorded by For King & Country won Mia ASCAP and BMI awards. 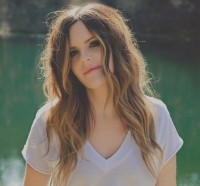 Mia has taken another shot at being a singer as well as a songwriter and signed with Provident Music Group. The radio single "Fearless" has been followed by a five-song EP, 'Ashes'. Said Mia about the new direction in her life, "For me it's always about serving others, bringing the right song for others to carry. I often tell people, I'm a 'Jonathan', not a 'David.' I just want to be number one at being number two, so it's definitely a step of faith doing a project like this. Having said that, it's not really a transition from 'writer' to 'artist' - but more 'writer' who, for this season, is saying 'yes' to carrying a few songs. For a long time I didn't think I could sing - I know that's silly - but it's funny how we let ourselves believe that we aren't good enough, and I definitely did that for a long time. It's actually been a great journey where God put strategic people in my life along the way who really encouraged me in the thing that I thought I couldn't do."

Mia continued, "Darlene Zschech was someone who always spoke life over me and made me feel like a nightingale while I was still figuring it out and squawking like seagull. My church in Nashville, The Belonging Co, has really forged in me a new confidence about singing. I've led worship for years - Hillsong was such a massive part of teaching me how to do that, but over the last two years I feel like I've had something pulled out of me that I didn't know was there. It's made me lead differently and find my feet as a singer."

In less than two years, Mia has seen her church in Nashville go from a seven-member prayer meeting on a Tuesday night to a worship service that draws more than 1,000 every week. Pastors and fellow Australians Henry and Alex Seeley asked Mia to lead worship right from the get-go. "I said, 'Sure, I can do that for six people,'" the singer recalled. "It pushed me to do the very thing that was intimidating for me; I was really confident in writing songs for others, but I always had these doubts about singing, especially in front of people. At that point, leading for six people was the best door God could have asked me to walk through, because I felt no pressure except to be myself and lead some songs in a basement in sweat pants. I love how God always has a way of walking you into what he has called you to - despite your uncertainty."

Talking about the 'Ashes' EP Mia said, "Jason Ingram was a massive part of championing this project. He and Jonathan Smith produced it and were a big part of making it happen. The whole thing has felt like an open door that I didn't open, so there's been a real ease to walking through."

Today Mia continues to have a passionate belief in the value of songs. She said, "I believe in the power of songs. I have seen them become such a massive part of my own journey. So many times when I felt like couldn't pray it I've been able to sing it. I just want to keep bringing songs that play a part in the journey of others . that in some way, the words or the melodies would be moments in their story of overcoming, rejoicing, trusting and knowing that he is everything he promises."