'MINDY'S REVENGE' came out on Word recently. It featured 20 American alternative-orientated bands and soloists who'd made it onto CD but hadn't been picked up by a major CCM label. Mike Rimmer and Dave Derbyshire went in search of info. 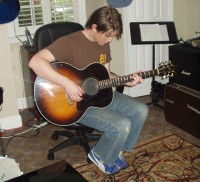 Wanting to find out the truth about the intriguing 'Mindy's Revenge" album I reasoned the best place to start would be a chat with the legendary Bubba Smith from Word Inc's A&R department. Artists and repertoire people are the guys whose job it is to find tomorrow's talent and to sign and nurture artists. Bubba and Elisa Elder came up with the original concept for the 'Mindy's Revenge". Straight out I asked Bubba what was their reason for putting it together? He replied, "There are a lot of reasons why we did this. One was to address the youth market with our label. We address the adult market really well and I think we just wanted to chart some new territories, see what's out there that could affect some youth. The idea was, why don't we find some unsigned bands, put out a record and see if anybody likes them?"

So, it was a philanthropic act then? Bubba continued, "It also gave us what we call a 'talent pool' to pull from. We did an interesting marketing campaign through the actual record where if people got a cassette or CD they could vote for their favourite band and they could vote either by writing a ballot to the record company, or they could do it via our website. We have not yet tabulated who everybody thinks is their favourite 'Mindy's Revenge' band but we're working on that right now."

Even so, I challenged, from a record company point of view isn't this just a cheap exercise in deciding who to sign and who not to sign? Bubba is again unphased by my directness. "Yes. What's wrong with that?" he laughed. "It accomplished a lot of things for the bands also, in the fact that inside the packaging of the cassette and CD we listed their phone numbers and addresses, any email information and website stuff, so the consumer could go directly to them. So if they did have a full-length record the consumer could go and purchase those, which happened a whole lot. So in reality it's also a huge piece of advertising for these 20 bands. It was like you help us by giving us this track and we help you by some free advertising also. It's paid off in the long run for a lot of the bands. And we paid the writers of the songs a full mechanical royalty on the songs. So they did receive something in remuneration for the use of the track.

Since the album has sold more than 30,000 units in the USA the 20 bands have reached more listeners than their individual independent releases would ever manage. So with those sales, it wouldn't be a bad estimate to think that Bubba and the team will put out another volume of unsigned bands. "I have a feeling we'll do the 'Return Of Mindy's Revenge' or 'Mindy's Revenge 2"," Bubba said. "I think from' a sales point of view we met our goal and I think we found some wonderful talent and I think it reinforced to me and our parent record company that there's some really great talent out there that's worth pursuing and I think that from the success that we had sales wise, and radio wise, there will be a 'Mindy's Revenge 2'."

1 suggested that the title 'Mindy Strikes Back' might be appropriate for the second album. Bubba laughed at the idea and I asked him where the name came from. The answer was rather simple and yet at the same time a little surprising. "We didn't want to call it anything boring like 'The Best Of Unsigned Bands'..." Bubba exclaimed. "How boring would that be! So we wanted to call it a name, a concept name or something. We went through quite a few funny names. Elisa Elder and I were sitting in a room. On a chalk board we were just throwing out wacky names and I had come up with the really weird idea of calling it 'Table Crumbs', from the idea that these were the bands that were being picked over, but she thought it was a little derogatory to them se we thought that's a bad idea. She has this picture in her office that is of her cat, and that is the cat that is on the cover. The cat's actual name is Monty, but the cat is actually a neutered cat, so it has a female name of Mindy. so that's where 'Mindy' came from and the 'Revenge' bit just sounded good."

Word were rumoured to have already signed Room Full Of Walters before 'Mindy' was released but Bubba set the record straight. "Room Full Of Walters is a band that we're distributing. Their independent record is called 'Sleepyhead', and they're a fine, fine rock'n'roll band. The only signed band before we put up the record was a band called Skypark. They actually were signed before we did the project and we put them on the compilation, a song called "Here Come The Bugs", which was from their independent release, which they did. After that we liked so much Alison and Catherine Pierce that we signed them also. So those were the two signings so far, and we're waiting to see the results of the tabulation which bands we might want to snatch up."

There is a popular fantasy that record company A&R people are either in an office listening to demo tapes all day or out at gigs checking out the talent. So did they literally just sit down in a room with 50 cassettes and just pick through them? What was the process? Bubba wised me up, "The process was as things came in to us, or we had gone to see people and they had tapes, if there was something that excited one of the A&R team we would bounce it off everyone else so that the standard was high for the concept of the record, so I don't think that we just sat in a room and duped it out. It was generally stuff that came in that sparked an idea between us."

What criteria were they following? What were they looking for? Bubba explained, "I think we were not genre specific and we did want everything to be a bit what we call 'left of centre". We didn't want anything inspirational or adult contemporary because we wanted to focus on the youth and figure out what music they would like. I think that was the only criteria and we did crawl through quite a lot of stuff that didn't make it. Half of the bands that were on 'Mindy's' have their own independent CD they were selling and all of the bands w<_re or are touring on a regional basis. We basically didn't sign anything that was just a studio band but people who were out there, singing and ministering in whatever region that they're from."

That's all very well in theory but in my own discussions with fans of CCM, the biggest criticism is that rather than appeal to youth, the album drifted away from that 'left field' sound. Bubba was honest in his response, "Yeah, it did. Next time I want to go a bit harder.' I pushed the point that most people felt that it wimped out too much after the Skypark record and Bubba explained more of his feelings on the matter. "We had a 'Mindy's page on our website," he said, " so i think next time around we'll go more along the lines of bands like Gorgeous, Human and Skypark. Find some techno stuff if techno is still in then, maybe some metal, 'cause I think that metal is going to make a comeback. So 1 would like to go a bit harder next time. But that's me. I don't know what the rest of the team will feel."

That's certainly good news if you're in a metal band! We could be listening to you on 'Mindy Strikes Back'!

Skypark
Previously known as Sinai, Tyrone Wells, Keith Gove, Tony Deerfield and Joey Aszterbaum have been writing and performing independently since 1994 before recently signing to Word. Last year, as Skypark, they were packing out popular Hollywood clubs, receiving radio airplay and regularly playing a wide variety of venues through Western USA. Taken from their previous album 'One More Night With The Frogs", they describe their song "Here Comes The Bugs" as showing "heroin addiction as a metaphor for the universal problem of sin," and as "a plea for help." But that is all in the past! A contract with Word and a newly recorded album means that the band have a bright future ahead.

Porcelain
At the core of Porcelain is singer/songwriter and guitarist Val Strain, and husband guitarist Dan Strain who has a flair for arranging and producing. With roots in New Jersey and LA Dan and Val began working together in Washington DC in 1993 before diving into the music scene in Nashville in 1994, releasing demos and getting airplay on two of Nashville's most popular alternative radio stations a year later. They say that the main point of their seemingly whimsical song "Pick Up Sticks" is "that we can't carry all of life's burdens ourselves. We need to put them in God's hands." 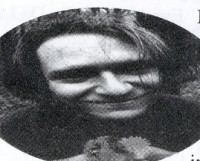 Room Full Of Walters
'Sleepyhead' is the band's fourth CD and this could be the one that breaks them into the wider scene. It delivers a strong message and captures more of the group's live sound. Bassist Kurt Starks describes the new approach as 'harder edged." Starks also says the lyrical content on the CD is about "the need for people to wake up to all the stupidity in the world." Beginning in 1991, the Walters began playing to college crowds and in the summer of 1991 commenced their recording career. These days all four members of the Walters live in Wichita challenging the stereotype of rock musicians as single, slacker types since all four are married and are the fathers of young children!

Mark Giacobbe
Born in Staten Island, New York, Mark has played music since he was five but it was not until his I college years that he had a vision for communicating faith in Jesus through his music. Mark is releasing a CD in April with his newly formed band. Mother Kirk. His high-powered stage show is turning heads on the New York music scene and he has a number of record companies interested in his music. The song "490" on 'Mindy' refers to "70 times seven times - the standard for forgiveness," explains Mark. "I just flipped it around to refer to God's forgiving us."