MpFree: The Scottish rapper with a message for young prisoners

Tony Cumming's spoke to Marc Pawson, otherwise known as MPFREE, about his life and ministry 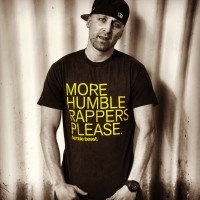 Anyone who's heard Scottish rapper MpFree's contribution to "Old Rugged Cross" on Chip Kendall's 'Holy Freaks' album will know that the Glasgow-raised emcee is an exceptional talent. What they may not know yet though is that a lot of MpFree's growing fan base currently resides in prison. The recent release of MpFree's mixtape 'Writers Block' brings to the spotlight an amazing work being conducted by the 31 year old rapper. 'Writers Block' was recorded inside Polmont's Young Offenders Institution and its 19 tracks include contributions from young men within Polmont. The album is being distributed to 16 prisons in Scotland to inspire inmates with its positive message.

Said Rab Hayes, officer at HMYOI, "MpFree gave his time to come and help the young men learn the art of rap and he inspired them to complete their own projects. It then dawned on all of us involved that we should get this recorded and let the world know that people from different backgrounds and different life choices can come together and deliver a high quality, entertaining and positive album."

MpFree's real name is Marc Pawson. Despite his thick Glaswegian accent, Marc was actually born in Scarborough, North Yorkshire. He explained, "My mum is from Govan, and we moved up to Glasgow. I was in Scarborough till I was five. I was effectively raised just outside Glasgow. My parents split up, and Glasgow has a notoriety for being a rough area. When my dad left, it left me and my brother - me and my brother are twins - the responsibility to look after my sister. We got bullied a lot in primary school, so when we got into high school we decided we weren't really going to have that anymore. We both decided to take up martial arts classes, and fighting became a typical everyday thing - at a nightclub, on the streets."

Marc continued, "At the time I enjoyed fighting. I liked the rush though I never turned to alcohol or drugs like many of my mates though I used to smoke a bit of hash. I got arrested for something I'd done a while back. It was an amalgamation of a while load of motoring violations - street racing and different things. They arrested me and put me in prison. I had a girlfriend whose whole family were Christians though she wasn't at the time. Anyway, her father came to pick me up from prison. He'd been saying for a while, 'Come to church', and I wasn't really into it. The time he picked me up I felt I at least owed him to go along. They had this men's night and I heard about how God changed this guy's life. He was giving testimony. I thought, 'If God can radically change your life, I want that'. I responded right away, but obviously there's a transition. I started going on a Sunday, but I didn't feel the worship, I didn't feel the Word half the time. I liked going because there were young guys there who had been in similar situations and they showed me friendship and fellowship - made me feel welcome. I looked forward to going because I could see the guys who were becoming my friends. Through different teachings they had at night in the youth, then getting a hold of a Bible and reading the Word for myself, God started to sculpture and mould."

Marc's church had what they called Encounter Weekends. At one of these they showed a clip from the film The Passion, the renowned Mel Gibson-directed depiction of Christ's crucifixion. The film had a devastating effect on Marc. He said, 'I used to do a lot of blaspheming, and I remember when I seen the punishment Jesus took on my behalf when all I was doing was cursing him, using his name in vain - and obviously from reading that he knew me before I was born - I think to myself, 'What a wretch! I'm deserving of punishment, yet he took that punishment 10 times or a hundred times.' That revolutionized my whole mindset from Christianity, who Jesus was. It was like being in a fight again: I felt as through someone had knocked me about."

One of the things that happened soon after his conversion was that he married his girlfriend Gemma. Said Marc, "Three months after I got saved, she came to the Lord as well. Her family were ecstatic."

Marc had grown up listening to rap music. He explained, "My friend's older brother was into it. They were getting tapes from America - N.W.A., Ice Cube, Public Enemy - and I thought, 'This is good music'. I could relate to it too, because a lot of them came from fatherless families, gang backgrounds. At school I would write rhymes with my friends. It continued as a hobby: we used to make our own mixtapes back where you'd hold the record button and play button at the same time. It had a big influence on my life. After I got saved I stopped listening to rap because of all the things that it encourages. I was really struggling for six months because it was such a big part of my life. My wife was encouraging me: she was like, 'Why don't you be a Christian rapper?' At that point I hadn't heard of any Christian rappers. Gemma was encouraging me: 'God's put something in you that you've not recognised. Why don't you use it?'

"Around this time, in 2009, my youth pastor, Gary, at our church - Freedom City Church in Cumbernauld -was saying, 'We're going to do this outreach in Germany. Apparently it's quite a big hip-hop culture: can you do a couple of songs?' I made some beats and then I wrote some songs. One of them was called 'My Testimony'; another was called 'The Walls Of This City'. Gary was part of a rock band; they'd done it and it was great. When the German emcee called me out the whole place went mental. I'm out rapping, the guys probably don't have a clue what I'm saying, but the place went crazy. I gave a bit of testimony - got it translated. Loads of people came up to me and they were impacted by the lyrics and by the testimony. I'm going to share this with you guys, but the only other person who knows this is my wife: I went home and I cried the whole night, because that was the moment God showed me what he'd called me to do, why I'd been given a gift. It was the grace of God. It was awesome."

God continued to open doors and in 2011 MpFree, as he now called himself, was able to record the mixtape 'Battle' which was eventually to reach number two on the Amazon hip-hop chart. Marc explained how it came about, "I didn't have a lot of money, and there's a guy in my church, Andy, who's done a wee bit of work for Revival FM. I was sharing my heart with him and he went out and bought some recording equipment. We've done our first mixtape - hip-hop terminology for a free album. So I've done my first mixtape, and God started opening the doors. 'Battle' was my first album and I wanted to make sure it was the best it could possibly be. So I had the chance to go down to Abbey Road Studios where it was mastered by a guy called Steve Rook, who'd done a lot of the Beatles stuff."

So how did MpFree's connection with Polmont Young Offenders Institution materialise? The rapper explained, "At an event I was doing, there was a prison chaplain there. He bought one of my CDs and took it back to one of the prisons he worked in - Polmont Prison, which is Scotland's main young offenders prison. The deejays aren't allowed to play rap because it encourages violence and sex and drugs - all that stuff. They've got a radio station; it's called Polmont FM. He took it to the radio deejay and said, 'This is rap music, but it's faith-based, and it's encouraging: it's got the message of hope in it'. Rab started playing the CD, and I was completely unaware of this. The inmates started responding and they were saying to the deejay, 'Who's this guy you're playing? He's really good.' I got an email from a guy saying, 'I've been playing your music. Would you come in to give some testimony, do some music live?'"

In 2012 MpFree was to make his first of many appearances at Polmont. He enthused, "The very first time I went in, 25 inmates turned up and 12 responded to the Gospel. It was phenomenal; I was so blessed to see that. I've been doing that a few times. The chaplains network, they talk, so one of the graces was that the deejay from Polmont contacted me and said, 'I've had a word with the governor and she was wondering if you'd come in and do a full gig. We've never done a hip-hop gig before, we don't know how it's going to go. Generally, at an event we get 25, 30 inmates. Would you be willing to come in and do it?' I was encouraged that God would give me the opportunity. So myself and my deejay got some speakers, set a date, and 80 inmates turned up. The place was rocking. We went into the lunch hall, set the speakers up, and the place was bouncing. The prisoners were on their chairs going mental. The guards were on edge: they were calling back-up. Through that I've been in touch, some of the prisoners wrote me letters saying how the lyrics have impacted their lives. It's something that's continued to grow. The prison ministry is my main passion. Through the albums, all this stuff, if I can continue to do prison ministry till I die, that's what I want to do. I'm seeing guys in there doing stuff I used to be into - just being able to witness to them there's another way: 'If you don't have the strength, Jesus will give you the strength. You weren't made for this, you were made for something greater.'"

I saw MPFree on Songs of Praise this week and was inspired and blessed - what the Lord can do with a life He impacts is awesome.