Music Week: An overview of the music industry trade magazine

Tony Cummings continues his occasional series assessing mainstream music mags by looking at the weekly which takes you "inside the business of music", MUSIC WEEK 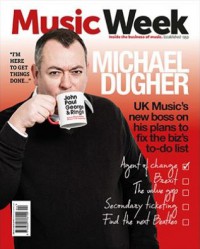 Music Week is the UK music industry's trade magazine. Founded in 1959 as Record Retailer, for decades the subscription-only publication was read solely by industry insiders. But with its circulation now dropping to half its 1997/98 sales figure (12,503) the bold step has been taken to redesign it with a picture cover, make it available in newsagents and run some articles (in this issue an interview with rising rock band Marmozets) which reads more like something from the pages of Q than a publication endeavouring to inform the industry about what is selling and what trends for future fiscal health can be discerned.

The cover story in the 29th January issue is on Michael Dugher, the recently appointed CEO of UK Music which is the lobbying group attempting to communicate the interests and needs of the UK music industry to government. As a man who has spent seven years as a Labour MP and one with a passion for music (he enthuses about The Beatles and Shed Seven in his interview) he seems a good choice though his potty-mouthed outbursts in some of his blogs suggest that Mr Dugher's desire to see the strengthening of copyright protection, the challenges of BREXIT and the need for more legislation against secondary ticketing of concerts don't exactly produce confidence in his diplomatic abilities.

Elsewhere in this issue there's an editorial reminding the industry that sports on TV is a key promotional tool in promoting music and the UK needs to learn from the Americans. Editor Mark Sutherland wrote, "Music and sport are the UK's twin passions, two of the biggest gifts to the world and the two things guaranteed to quicken the pulse of passionate fans. Yet the two worlds rarely mix as they do in the US. Taylor Swift - the biggest pop star in the world - will turn up to play halftime at a college football game."

Then there's an extensive news story announcing that "multi-genre publishing powerhouse" Warner/Chappell have signed the Manic Street Preachers with the company's MD Mike Smith predicting his company will become a "factory of world class songwriting"; a piece on "Toronto pop phenomenon in the making" Jessie Reyez; a photo spread of industry events called Hot Shots; an interview with hitmaking songwriter Paul Williams who is today the president and chairman of American copyright organisation ASCAP reminiscing about writing "Evergreen" for the Barbra Streisand film A Star Is Born and an article which will be of special interest for the tens of thousands of independent artists struggling to get noticed about the "label services companies" which can sometimes show the multi-nationals that they don't have a complete monopoly in taking artists to stardom. Said Henry Semmence of Absolute, "We are proving again and again that you don't need a major label to have success."

The epicentre of Music Week is the charts. These are where the rubber hits the road for anybody deeply interested in popular music and specifically what IS truly popular. Thankfully Music Week and the Official Charts Company have kept abreast of the monumental changes in the world of music so today the charts have moved a long, long way from those days past with their notorious flawed data of the "chart return shops". So today it's streaming and MP3 sales data which give the music biz its best guide to which artists and music styles have scaled the Everest of mass popularity. The Singles Chart Top 75 for the January 29 Music Week clearly indicates something that the insular Christian/gospel/modern worship world is only now grasping, that 1) it's individual tunes rather than whole albums which are pulling in today's young music lovers, and 2) it's urban, hip-hop/grime and dance/pop dance which are attracting most young people. There is still a sizeable audience for albums of course. But rock albums rarely produce the mega hits of old.

As an earlier Music Week revealed, only the Gallagher brothers made the Top 25 album sellers in the last few months and although metal and rock can still chart the days of multi-Platinum rock albums seem to be waning. Streaming and download price reduction are throwing up all kinds of anomalies, like Def Leppard's 'Hysteria' entering the charts at 41 (2,148 sales) thanks to iTunes reducing its price to Â£4.99 and finally being made available for streaming. The Albums Chart Top 75 shows the number one album to be the Motion Picture Cast Recording of The Greatest Showman movie with hot new entries at 2 and 3 for Illinois rockers Fall Out Boy and Stockholm's sororal duo First Aid Kit. Ed Shearan's self-titled was at number 4 and had been in the chart for 47 weeks (never falling below number 6). The albums of Christian interest were by Stormzy at 35 and U2 at 48.

Followers of Christian music and gospel will find the most disappointing thing about Music Week is its complete absence of any charts or reportage of niche markets beyond dance music. That genre at least is covered adequately. The Club Charts page offers three charts - Upfront Club, Commercial Pop and Cool Cuts while the Club Charts Analysis informs us the chart topper is "My Way" by One Bit & Noah Cyrus. One Bit are producers Joe Murphy & Jonty Howard, the Liverpudlians responsible for some of the tracks on Stormzy's album. 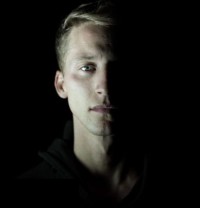 Music Week's inability to give any space to other niche music markets like country, folk, reggae, jazz, classical and Latin/reggaeton (now that that South American music is beginning to produce crossover hits) shows that America's trade mag Billboard is still streets ahead in covering secondary music markets. Even an occasional publication of the Official Charts Company's Christian/gospel weekly chart would be better than nothing. So when a LIFE Church or a Rend Collective album breaks through into mainstream sales, it's unlikely to be even noticed by Music Week's chart analysts, and one wonders how long it will be before NF's rise to chartdom (number 13 in the Singles Chart with "Let You Down", 39 in the UK Airplay chart and 12 in the Global Streaming rundown) is acknowledged as having something to do with the Christian music scene.

Streaming information from Spotify is given lots of space with Global, Europe, UK, France, Germany, Netherlands, Norway, Spain, Sweden and the USA each given listings. Vevo provide similar streaming listings for Music Video.

There's a regular page near the back of the magazine which reproduces the front cover of Record Retailer of 50 years ago and picks out a few stories including one that highlights, to some extent, the relative decline of today's music industry. It reported, "50 years ago LPs were at their peak with the cassette boom still to come. During a single month the UK record business pressed a staggering 10,118,000 discs split fairly equally between LPs and '45s." Music Week today reflects a very, very different music world. Today physical sales are continuing to go downwards (after their Christmas upturn) though the unexpected rise of vinyl albums from their near extinction shows that there is today a growing niche market which even the multi-nationals can't ignore.

The multi-national companies (known in the industry as "the majors") continue to dominate the music world and that's made crystal clear in the This Week's Total Market Share pages. They show that Universal Music dominates Britain's recorded music industry. The Market Share pages show the different company slices of the pie under the headings Singles Streams, Singles Sales, Artist Album Sales, Compilation Sales and All Album Sales. Universal has between 32.5% and 45.3% of the market, with the other two corporate giants Sony having between 20.8% and 30.7% and Warner Music between 20.8% and 6.5%. The come BMG and XL Beggars with between two and four per cent. When one considers that the "Others" on the Marketing Share survey represent small record companies and thousands of independent artists the truth is clearly out. One corporation, Universal Music, makes more money than all the countless thousands of "others".

The After Show is Music Week's final page where the trade mag throws a batch of questions at "the music industry's biggest names." This week's big name is Suggs, the lead singer of ska hitmakers Madness and TV omnipresent. When asked what advice he would give someone in an unknown band he's particularly forthright. "Keep going, you just don't know what's around the corner. You just need a bit of luck sometimes, and that bit of luck can be the day after you decide to lead the band. Just keep going. It's easier said than done. I always said music should be a passion that you do on an evening and at the weekends, but you should have something else that pays the bills. Music rarely pays the bills, that's for sure."

There is of course big money that can still be made out of music. But as Music Week shows, for every fabulously wealthy star well able to pay the bills there are countless thousands of other musicians hoping for the lucky break when a Universal or a Sony or maybe a label services company like Absolute moves in to turn them into money makers.