My Utmost For His Highest: American CCM stars with an album inspired by a book

Nelson Word this month, release an album of many of America's top CCM stars. But behind this project is the inspiration of a book, which has become a devotional classic. Kathy Bubel reports, Matthew Barnes took the pictures. 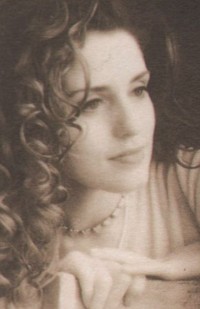 Cindy Morgan who took part in this project

Christians have been engaged in a struggle with the world from the moment Jesus called ordinary men to share his life and learn his ways. His life and his ways are so strange and dangerous; those who have dared to follow through the ages have felt the nails in their own hands, the noose about their necks, the fire at their feet. The greatest struggle for them, and for us today, however, is not waged in the public square or in the Supreme Court. It is waged in our hearts.

If Jesus does not win the battles here, in our hearts, we are in no condition to go out into the world to fight the battles there. And it appears, after taking a clear look at the Church today, that we have been neglecting this interior battle. We are in desperate need to get back to our spiritual centre.

That is why the timing could not be better for the release of a unique devotional album, unlike anything recorded before. 'My Utmost For His Highest' is a collection of original songs inspired by the classic devotional book of the same name.

The extraordinary book is a compilation of lectures and talks by Oswald Chambers, a young Scottish preacher who had compelling insight into the spiritual struggle of the Christian life. The modern version of the daily devotional has sold over one million copies and has been translated into five different languages.

When Loren Balman, executive producer for the album, approached 11 of the top Christian artists and their six different labels with the concept for the project, they were convinced. It would mean dealing with numerous logistical hurdles and scheduling nightmares. But they were convinced.

All of the artists - including Steven Curtis Chapman, Twila Paris, Amy Grant, 4Him, Bryan Duncan, Cindy Morgan, Michael W Smith, Phillips Craig And Dean, Sandi Patty, Gary Chapman, Point Of Grace and producer Brown Bannister - had been impacted by the book. They knew that the truths that lay buried in its pages would be discovered by a wider audience if they were set to music.

The mission statement for the project reads: "To glorify God and edify the Church. It will inspire and provide light for the world, as well as become an instrument by which to deliver Oswald Chambers' classic devotional to a new generation."

Here is a collection of samplings from the book, the recording and thoughts from the artists on what it means to give our utmost for his highest.

CINDY MORGAN
"You'll Be There"
"In the days when the dark and haze gather 'round/You're the rescue/You breathe again and the sun shines in through the clouds/Oh, how we need you to be near and to be sovereign/Angels dance in the air/And tell us you'll be there."

29 July: "In the Bible clouds are always connected with God. Clouds are those sorrows or sufferings or providences...which seem to dispute the rule of God.
It is by those very clouds that the Spirit of God is teaching us how to walk by faith... The clouds are a sign that he is there. God cannot come near without clouds, he does not come in clear shining."

How do you deal with doubt when it hits you - say after something as horrible as children dying in the Oklahoma bombing or something in your personal life? What assures your faith in his sovereignty?

"It is difficult to balance God's compassion and life's tragedy on the same scale. Some would say, 'How could God let this happen?' Maybe the answer is because God is God and he can do whatever he wants. In times of tragedy and sorrow it is not my own logic that I can rely on - there are too many other elements operating that my eyes cannot see. If I believe any of God then I must believe all of God. God is sovereign - he sees the end from the beginning. I am the creation, he is the Creator. How can humanity instruct Holiness? So I mourn with those who mourn and continue to ponder and believe."

AMY GRANT
"Lover Of My Soul"
"Maybe my eyes can't see/But you are surrounding me/Here in the wind and rain/The things that I know.../I know the voice/I know the touch/Lover of my soul."

10 February: "Nature to a saint is sacramental. If we are children of God, we have a tremendous treasure in nature. In every wind that blows, in every night and day of the year, in every sign of the sky, in every blossoming and in every withering of the earth, there is a real coming of God to us if we will simply use our starved imagination to realise it."