Nancee: A soulful diva going 'Every Step Of The Way' 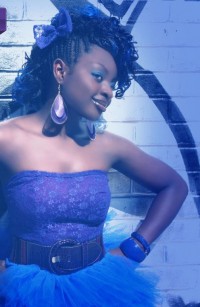 London-based R&B gospel singer Nancee is currently getting Cross Rhythms airplay with her song "Have A Blast" from her debut album 'Every Step Of The Way'. Far from being a new-to-the-scene artist, Nancee's prestigious singing talent has brought her a wide variety of recording and gigging opportunities. She spoke about some of her rich musical past. "I did some work in 2005 as part of a musical production for Ragtime and contributed vocals for an independent music project in New York City around that time. I then took some years off studying. Since then I've provided backing vocals for a German rap group and some other German, African and British artists, for different churches, amongst others, Kensington Temple."

The supremely soulful diva was actually born in Germany, spent her early childhood in Accra, Ghana with her grandmother and moved back to Germany when she was four or five years old. Nancee Bortey exclaimed, "I've always loved to sing, dance and listen to music. I can't help but get into this mode where I shut out what's going on around me and I simply sing or move to the beat. It's like I'm in my own world. I always took any chance I could to sing and dance in church and school productions and even on my own. I remember dancing at a friend's birthday party as a kid and a circle forming around me cheering me on. I also remember being in my room at home, I must have been around 12 belting out Mariah Carey's 'Without You'. (That woman is in a league of her own!) I remember spending hours in that room singing and dancing to music videos and later also writing songs."

The singer spoke about her spiritual awakening. "I was raised in a Christian household. But with so many things, when you're born into something you lose track of what it really means or even become alienated to it and that's what happened to me. One day after church in Hamburg, Germany, in 2004 a friend asked me if I had given my life to Christ and I said, 'Yes, I'm a Christian'. And she explained to me at length that it's not the same thing to simply be a Christian because your parents are but that one needs to make that conscious decision to accept him as one's Lord and Saviour. Suddenly tears started rolling down my face as I felt that I wasn't worthy of asking him to come into my life. But eventually I did and got baptized the same summer."

Nancee went on to explain how she had made the big step to become a solo artist. "Having written songs since my teenage years, I finally decided to take it to the stage and released my debut album 'Every Step Of The Way' at the end of 2011 in London. It took a couple of years to complete the album as other commitments held me back but in 2010 I decided to do it either 'all' or 'nothing' and I opted for 'all'." Recording 'Every Step Of The Way' was far from easy. She explained, "There were technical issues in the studio delaying the production work, physical illness incapacitating me to sing, something going wrong in the manufacturing of the CDs, but at the end of the day it was all worth it." 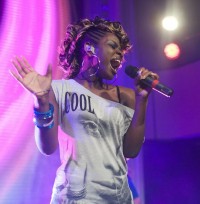 Nancee spoke about her turntable hit: "'Have A Blast' is about imagining a place in which all our troubles and worries are gone; a place without violence and injustice, a place without poverty and misery. . .a place where we can all just 'have a blast'. That's how I imagine Heaven to be."

The future looks bright for the singer though she's not allowing the enthusiastic response to her album debut to turn her head. She said, "I'm a member of Kensington Temple in Notting Hill. As mentioned before I was involved in their music ministry for quite some time and the music director there, Dave Wellington, has been very supportive and helpful with my music. During the final stages of completing the album, I was reminded through a sermon that if God's not in a project, it won't succeed. Considering this insight, I've had to question many times in the process of making this album if he is truly in it. Every step of the way, from recording the first song of this album to releasing it at the end of 2011, I've faced opposition and challenges. But he's helped me overcome them all so I believe that he is in it.EVERY STEP OF THE WAY."

For more on Nancee visit the Nancee artist profile