Jonathan Bellamy charts the history of Britain's Nelson Word and talks to the label's Ian Hamilton. 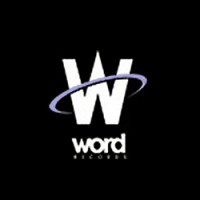 Anyone attempting to write the history of British Christian music would have to give Word (UK), the Milton Keynes based company which last month changed its name to Nelson Word, not a page but a whole chapter.

The astonishing corporate success story that has been Word's has been recognised by the gospel world. At the DMl Gospel Awards last year a special presentation was made to Word for its unique contribution to Christian music in Britain, though there are always critics prepared to tongue lash Word's perceived failings, real or imagined, only the most blinkered critic would fail to acknowledge that Word has been the single entity which has contributed most to Christian music growth in Britain, if not to the dizzying heights of America's high finance CCM world, at least to a place where recordings (not to mention songbooks) of Christian music in every style and hue can be easily bought by anyone who wants them.

In 1993 the company stands at a crucial Transitional stage in its 25 plus year history. Recently bought by American religious communications giant Thomas Nelson along with its massive US parent company (Word Inc has long been the world's largest Christian music company), at a stroke Word UK has become Nelson Word. More importantly the company has become a major player in the publishing and distribution of Bibles (Thomas Nelson are the biggest Bible publisher in the world). From stunningly humble beginnings when in a one man business a Scottish businessman trundled primitive recording equipment out to churches to record choirs and sacred music, to the biggest Christian music company in Europe employing a staff of 62 and with a projected turnover of currently 7.5 million pounds a year, the growth of Word in! Britain is a stirring tale of sweat, canny business nounce and no small amount of prayer.

Last year Word put out a veritable shoal of re-issue albums to commemorate its anniversary. Inspired by such retrospective nostalgia, Cross Rhythms began by asking Ian Hamilton, the managing director of Nelson Word to explain how, literally, dad started the company.

"My father Bill Hamilton worked for a company in Glasgow called Pickering And Ingles who were Christian book publishers. In the early 50s he started a label called Redemption Records - the first Christian gospel label in the UK. That was founded around the time of the Billy Graham crusades. He at that time befriended a guy called Jarrell McCracken who had started a company in Waco, Texas (he as a student at Baylor University) called Word Inc. He made a record likening the Christian life to a game of American football for a radio programme called 'Game live'. It became so popular he had to press up some records to distribute.

"So, they became friends in the early 50s and co-produced projects. My father left Scotland to start Livingstone Recordings in London in 1960. This was part of a group which went into liquidation and Word picked up the pieces of that receivership and what was Livingstone became Word in 1967."

Asked to ponder what have been the highs and the lows since 1967 and the pattern of growth, Ian shows the same canniness as his father. "It's difficult to say what the highs and lows have been. The company has gone through so many changes in terms of its growth pattern. Back in those very early days it was literally my father, and a secretary - and now we employ 60 plus people, so obviously there's been a change, a lot of innovation in music. Back in the early days it was very traditional, Billy Graham obviously, George Beverly Shea and the like. Going through the early 70s with the whole Jesus Revolution on the West Coast of the USA, which really spawned what we have today as contemporary Christian music. It's been an evolutionary change, a lot of changes."

Getting quite literally to the $64,00 question I asked Ian to explain the balance between being ministers of spiritual truth, encouraging and enabling artist land also keeping the money coming in. 'Word is a commercially based company. We believe that we have to make profit for our owners' shareholders, for them to be able to reinvest and for it to have cyclably beneficial effect. At the same time we are wholly dedicated to supporting the ministries, be it authors or recording artists, of those signed to us. Word in itself is not a ministry. We are a ministry support company. We support the ministries of people who are out there, preaching, or singing or whatever they do."

With the Bible and book publishers Thomas Nelson having recently taken Word (UK) over I asked Ian what he felt would happen to the British arm with this change in ownership and whether he foresaw a cutback on investment in music! " "It's early days," said Ian, "but our feelings are entirely positive towards the new ownership. Word Inc has been part of ABC and then more recently ABC/Capcities over the last 18 years. That was a wholly secular held company and Word were like a strange animal in the mix in that we were the only Christian company persee within the group. For the majority of the time they were an excellent parent; they were very supportive, but obviously because it was a different type of company to the others they had in their group they decided that they needed to find a, more suitable owner. After a year's process Thomas Nelson bought the company in November last year.

"So, Word and its subsidiaries which are Canadian and UK were a miniscule part of ABC/Capcities, but now Word in general is 50% of Thomas Nelson Word group. Obviously, that gives us more clout within the group and more focus and that has to be entirely positive. Rather than that resulting in reduced investment in music, it will give us more opportunity because it will create more profits am allow us to reinvest those profits in the areas that it's wisest to be reinvested in."

Word, of course, in addition to releasing, many of the albums originated by Word Inc also licence the bulk of America's Christian companies. So Maranatha Music, Sparrow, Benson, Warner Alliance ForeFront, Star Song, Hosanna! Music, Brentwood Music and more have their albums manufactured or imported by Nelson Word who act as a kind of central clearinghouse for US gospel, selling albums on to distributors across Europe. This wealth of product has caused frustration among British musicians claiming that Americans are enjoying the gravy while they cannot get a bit of bread. CRV (published a letter from Ian on behalf Word (UK) stating that their annual investment into British artists was in excess of Â£100,000. However, one of the most common criticisms levelled at Word by frustrated British musos unable to make the quantum leap of a privately recorded caste to a properly financed shiny CD marketed to every Christian bookshop, is lack of investment in UK artists. Ian commented: "I think the criticism is somewhat unfair and unjustified. You have to look at what has to happen for a grassroots band to be recorded. One of the problems in the UK is a lack of a circuit where live bands can play. I think this is not just a record company problem. At the moment there is a woefully small circuit of potential jigs that can be a breeding ground and a nursery for new artists. This lack of concert opportunities is a problem that has toll be addressed. We need to create a system whereby artists can develop to the point where it becomes viable to record them. Take, for example, Caroline Bonnett. We have made two solo albums with Caroline yet she has consistently found it difficult to get live work because the scene is not there to provide it. Without live work and live exposure Word are not going to sell enough albums to make it viable for either the artist or the record company. To decide to record a grassroots band with no, or a tiny audience would make no sense because you cannot invest a minial amount of money to make a quality project."

But, comes back the Cross Rhythms reposte, isn't there in the Word boardroom a statement of faith which speaks about, 'spreading the gospel? Where's the faith in only backing commercially sure things? Obviously," Ian replied, "there is a step of faith is recording any new album in the first place. I think any new artist that we record signifies that commitment and that step of faith from Word which is entirely consistent with Word's aims and objectives. Even with Adrian Snell, who has a very strong core market following who will buy his projects, we are not achieving even a two-to-one return on investment and that is with our premier artist. Without the opportunity to support UK projects with some of our imported product, be it from the States or from Europe, we wouldn't' have the luxury to make those investments."

Yet there is a growing, some might say flourishing, British grassroots scene; the Pink Dandelions, Brussel, Pity The Small numbs et al. So, I asked Ian Hamilton, hat he could say then to encourage all lose grassroots bands who have little or no chance of getting a recording yet already have a solid following. "I think to continue to do what they are doing. Some bands, not necessarily the ones you mentioned, have a very localised following, obviously they have to break out of that to be able to make it viable from a recording point of view. There is a developmental cycle that they have to pursue. The same is true for bands in the general market place. Christian bands have it no harder, and in fact I think not as hard as bands in the general market place. They have to create that demand before it becomes viable for a company such as us or others to invest."

Please could you tell me where I can get copies of sue barnet....fit for life...spring harvest 1984.....and Keith greens songs for the sheperd? Thank you....Lynn