New Hymns - A Scottish Perspective: A report on hymnody in Scotland

Notwithstanding the many very fine worship songs and choruses sung in churches today, concerns are still expressed that contemporary worship places too much emphasis on subjective experiences, and not enough on solid biblical truths pertaining to God's character and the believer's status in Christ. This has led to a revived interest in theologically-rich hymns, as reflected in many a contemporary church setting where formerly old hymns were rarely heard, these are often now intermingled with the latest output from Redman and Tomlin, Bethel and Hillsong.

This resurgence of hymnal interest has clear evidence in the plethora of hymns projects to have poured onto the market over the past 15 years - from artists as musically diverse as Ashley Cleveland, Guy Penrod, Shirley Caesar, Third Day, Fernando Ortega, Kate Miner, Eden's Bridge, Bryn Haworth and Carman - to name but a few! Notwithstanding the charge that some may have chosen to merely cash in on a burgeoning market, a number of these artists offer fresh, adventurous interpretations of the old classics, more suited to the current age. (In any case it's clear that the surge of purely hymnal recordings by popular artists has abated in recent years.)

Various individuals and groups in particular have worked arduously to advance the cause of hymns. Sovereign Grace Music, led by Bob Kauflin, has for several decades stressed the essence of biblical truth and theological depth in our worship songs. The entire focus of Indelible Grace, another American-based ministry, is to encourage the setting of new music to old hymns in each generation, thus enriching our worship with a huge view of God and his indelible grace. Both groups periodically release worship resources - the former in a pop-rock and the latter in contemporary folk format. Though more conservative in style, Gaither Music, too, through its steady stream of Southern gospel DVDs, has contributed significantly to the renewed popularity of hymns.

Perhaps the greatest impetus in engendering interest in hymns in today's Church has come from Keith & Kristin Getty and Stuart Townend. Many new hymn compositions from these writers have gained almost universal recognition across the globe, and more than a decade after its composition, Getty & Townend's "In Christ Alone" still holds number one position on the United Kingdom CCLI (Christian Copyright Licensing International) charts (number 11 in the USA). 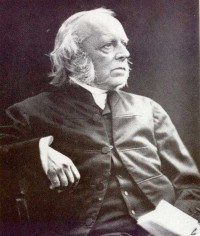 When it comes to Scotland, the nation has a strong heritage of hymn writing and singing, predominantly preserved and continued through the Presbyterian tradition. Free Church of Scotland minister Horatius Bonar earned the epithet "Prince of Scottish hymnwriters", composing an incredible 600+ hymns in his lifetime. (Ironically, while many of these are now cherished, they were never sung in his own church, which sang only Psalms in its services). Other notable Scots hymnwriters of yore include George Matheson (the blind minister from Glasgow, who wrote "O Love That Will Not Let Me Go"), Walter Chalmers Smith (writer of "Immortal Invisible God Only Wise"), Peter Grant of Grantown-on-Spey (Baptist composer of many Gaelic hymns), Norman Macleod and John Ross MacDuff. Interestingly, most of these men were ministers, well-grounded in theological training. More recently, another clergyman, John G Bell, along with others from the Iona Community, have issued hymns and songs reflecting a Celtic spirituality and performed in a popular folk medium.

A renewed appeal for fresh hymns with a distinctive Scottish flavour is emerging in the 21st century. It is noteworthy that this follows various prophecies by well known figures that the Scottish Church would no longer rely on borrowed songs but would ring again with its own powerful, indigenous sound. One channel of this may prove to be a collection of 'Revival Hymns' composed by the Rev Alex Muir in the 1980s, when arose a definite expectancy of a national revival (and during which time a wave of God's Spirit indeed swept over many north of Scotland congregations). Carefully composed to theological and scanning exactness, one or two Scottish worship leaders are introducing these passion-soaked hymns to their churches, aware of how ably they express a contemporary longing for God to move in power in this nation.

Another exciting initiative promoting New Scottish Hymns is a project of the same name, introduced by New Scottish Arts group, which sees a number of diverse Christian musicians come together to perform a batch of recent hymnal compositions, many written by Glasgow-based songwriter Greg de Blieck, overseer of the project. An 11-song recording was released in December 2012 and is reviewed elsewhere. It took several months before busy diaries could allow the show to be brought on the road - a three-date tour taking in Glasgow, Edinburgh and Inverness.

The audience (mainly over-30s, more than half of whom - by a show of hands - were Presbyterians!) was treated to all 11 songs on the album, plus various bonuses. What struck me most was the diversity of both melody and format of these hymns, as well as the obvious lyrical gifting of de Blieck - a top-rate hymnwriter, adept at expressing rich theological truths in choice poetic format. A case in point is his finely crafted "Death May Approach" -

No longer warmed by Satan's fires
Yet burned by unreformed desires
Spirit of God attend our flesh
Fountain of life, our souls refresh

Whether at risk to life or limb
Ever our hope is found in Him
As Jesus suffered, so shall we
But not beyond His wise decree

That was an absolutely spot-on review of the gig. I was there with my family. I understand the Glasgow evening was recorded, and will become available soon. Terrific night, with great musicianship, and really well-worked hymns.