New Scottish Hymns: Putting hymns and folk music back into the forefront of worship 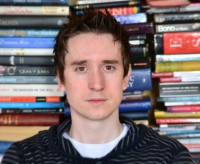 Over the years, hymn music has seen its popularity rise and fall. Recent times have seen many churches choose modern worship music as their default musical setting whilst confining the newer genre's more established counterpart firmly to the shadows. Nonetheless, many of today's up and coming Christian songwriters widely acknowledge that the hymns of old are packed full of lyrical beauty, theological goodness and stirring melodies and are something to aspire to when penning songs for today's Church.

This is certainly the case with 'New Scottish Hymns' - an offshoot album overseen by arts outreach and education ministry New Scottish Arts - which has drawn on the resources of some of Scotland's most talented folk artists to communicate the fact that hymns still have something fresh and valid to offer in today's culture.

I caught up with some of the project's main contributors and began by asking project co-ordinator Greg de Blieck how it all came about. "About 10 years ago, Jason McAuley - New Scottish Arts' artistic director - was interested in having some kind of Scottish folk band to do a support slot for Matt Redman on a tour that they were organising," Greg explains. "He put me in contact with Emily Smith and asked if there was anything we could do. We basically formed a group of ad hoc players called the New Scottish Folk Sessions as a warm up act for Matt and we went on to do a few things on the BBC's Songs Of Praise programme. Off the back of that, Jason wanted to use us to release an album of new hymns on the back of a real resurgence in the hymns movement as a counterpoint to today's modern worship music style." 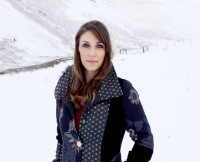 I wonder how Greg felt about hymns being the focal point of the project. "Hymns were something I'd grown up with through my church background so I already had a love for that kind of music," Greg advises. "Also, I have a folk music background and I think a lot of people don't realise that hymns are by and large folk tunes in format and this gives them an enduring quality. I was excited to write some new hymns because it's a great way to fit theology and Biblical truth into songs that people find easy to pick up."

I ask two of the album's performers, Scottish folk singer Emily Smith and the newly discovered Ellyn Oliver, what makes hymns so special. "Hymns to me just seem to be so very richly entwined with Scripture - just so true, simple and honest," offers Ellyn. Adds Emily, "I think for a song to stand the test of time - whether it's a hymn or not - the lyrics need to be accessible and emotive and contain a message or theme that people can relate to."

But what makes hymns different from the worship music that is generally being written today? "I think that, in traditional hymns, the music serves the words whereas in pop it's the other way round," ponders Greg. "In a lot of modern worship music, the production and performance are superb but the message is simplistic or vague. Finding and developing the sound has become central whilst rich, crafted lyrics have become optional. The great hymnwriters were articulate and widely read. They were passionate about teaching people deep truths about God. They could wield poetry and music to make these truths come alive to every kind of person. This was the real challenge to me - I want to write songs in a way that means people don't just get entertainment but they also hear a message that transforms them."

Having bravely written new hymn music for the album, I suggest there must have been a great deal of pressure placed on Greg's shoulders to emulate the hymnwriting giants that went before him. "I think you can absorb the spirit of what the hymnwriters of old were trying to do but we're not really trying to imitate James Montgomery or Horatius Bonar," explains Greg. "We wanted to understand the spirit of what it was that motivated them because they were just trying to communicate things in a compelling way in order to show the people the beauty of the Gospel and make them feel the truth of the Scriptures they were singing about. We've taken the approach of writing folk melodies that sound nice so that people can remember them and we use that style as a medium to communicate a message that is so powerful and potent." 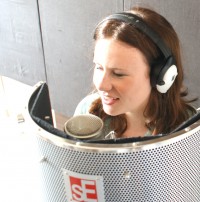 As a multi award-winning folk artist with accolades including BBC Radio Scotland's Young Traditional Musician Of The Year 2002 and winning Scots Singer Of The Year at the 2008 Scots Trad Music Awards, Emily Smith's schedule is a busy one. I ask why she agreed to be involved in the 'New Scottish Hymns' release. "I've worked and performed with New Scottish Arts on various projects throughout the last 10 years," she states. "Sometimes on live shows, with an orchestra or a smaller band line up as well as appearing on Songs Of Praise. It was great to be asked to be part of this album as it ties together some of the songs that I had previously performed with them and brings to fruition a project that had been in the pipeline for several years.

"I've made my career as a folk singer performing, recording and researching traditional Scottish songs as well as writing my own material," Emily adds. "The music on 'New Scottish Hymns' deals with an entirely different subject matter and it's always great to be involved in new projects outside my usual parameters."

As a relatively new artist and still a teenager when the album was recorded, Aberdeenshire-raised Ellyn Oliver was equally enthusiastic about being involved. "I loved the idea of using the old psalms and hymns and making the music style more modern and folk-influenced," she explains. "I feel that these songs can connect with the people of today to encourage them to worship the Lord. Also, it was fantastic to work with Greg de Blieck and Steph Macleod and to learn from them not just in a practical sense but also how - as Christian musicians - we should give all the glory of God."

In addition to Emily and Ellyn, Greg enlisted the help of prolific Scottish singer/songwriter Steph MacLeod to sing on a number of the album's tracks. "I came across Steph by accident via a link to an event he was doing at my brother's church," admits Greg. "I went along and I thought he sounded like a Scottish Springsteen - there was just a real authentic earthy tone to his voice. He brings so much real life into his singing and he sounds and is completely genuine." 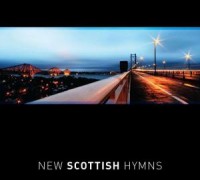 Continues Greg, "Emily's voice is so pure and she's a very experienced folk artist whilst Ellyn Oliver was only 19 when we first heard her. She has a cracking voice that sounds really expressive and untamed. We've caught her just as she's growing into her sound and I would be really keen to record with her again. And it was also a privilege to have Yvonne and David Lyon doing their song 'God Most High' on the album - it felt like a real coup to get so many great musicians involved in the project."

I ask if Emily and Ellyn would be interested in doing further work under the 'New Scottish Hymns' banner. "It would be great to be involved in future projects," confirms Emily. "Definitely," agrees Ellyn. "It's not only taught me so much, encouraged me and strengthened my faith but it has also been fantastic to share God's work with others and lead others to him. I am very thankful to have been involved."

Whilst a second album is very much an option, Greg believes that the New Scottish Hymns format can go further. "There needs to be more regular output," he advises. "I have a vision for a YouTube channel and a regular ministry that keeps putting out new material. I would like to make videos that would lead by example and set a standard for worship musicians because I have a real passion for supporting churches and teaching people how to use their instruments to become more effective communicators of the greatest message that can ever be communicated."

"The whole of creation is about communication," Greg adds in closing. "God spoke and creation came into existence. Music is one of these things that we can use to express the most glorious thing ever. I just want to encourage people to think along these terms and get better at expressing the thing that is most worth expressing - the Gospel of Jesus."

Am a big fan of new authentic Scottish Worship Words and Music and this hits the spot...great variety of images and folksy singeable melodies. Thanks Holy Spirit! Thanks NSHB !

Great to know that Folk Music is being played in Churches again n I Love Scottish Music - note my name is Robertson!