Singer/songwriter NICKI ROGERS continues along the road to critical acclaim with a fine second album. Mike Rimmer met her on the journey. 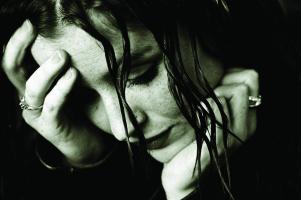 Autumn 2003 and Nicki Rogers is standing in the broadcast studio of Cross Rhythms singing karaoke. It's a dc Talk song she's chosen and she's doing a good job. She's a game girl, Nicki, with ginger hair flattened by headphones and her image flashing up onto the webcam. Although these days the more serious side comes out through her music, she's still got a bit of mischievous Shine Girl inside her!

She tells the story of the first time she went to the studios of her producer Andy Harsant and got completely lost on the outskirts of Banbury. She remembers, "I got the directions from Andy and I got lost! I was looking at my directions thinking, 'I don't know what I'm doing?!' I drove round a bit and thought, 'Right, I'm going to wind the window down and ask somebody where Feeder Lane is because I can't see it anywhere!' So I was just about to stop and I realised that Andy meant I should come off the feeder lane of the M40." She pauses and mutters to herself, "You idiot Nicola! And that's what it was! The exit lane off the motorway but only Americans say that don't they? I thought it was a wicked sounding album title. Do you know there's no 'Feeder Lane' in England?" So all plans for an 'Abbey Road'-style album cover are frustrated.

Fast forward to March 2004, with the imminent arrival of her second album 'Feeder Lane'. We're sitting chatting in my car in a car park in Lincoln. In a complex set of circumstances and mad schedules, we have both travelled to rendezvous in the cathedral city. I suggest that she's still an up and coming singer. "Up-and-coming? What do you mean up-and-coming?" she almost snaps at me. But it's true that with her spring performances with J John, appearances at Spring Harvest and 'Feeder Lane' tour in May she is still introducing herself to a new audience. "Actually that does make sense!" she concedes. "I've been going for a little while. Obviously I've done some of the major things like New Wine, Soul Survivor and Spring Harvest, but even then, I've only seen a small percentage of the Christian population."

Nicki has a strong sense of her spiritual journey and the connection between her own experiences and the music that she makes. "It's all tied together," she responds. "I try and express all that through the music and it helps. The last few years have been an intense learning period for me. Lots of stuff has changed in my life. I came out of Shine and that made me really reconsider where I was in life, where I was with God and what I wanted to do with myself. It's been manic, with different things I've been going through and different things I've been learning. Coming to a second album has been a lot more focused than the first one so it's been good."

'Feeder Lane' is an excellent self-assured collection of songs with more of an edge than her debut album. Nicki's momentum has certainly accelerated; does she ever feel as though she is speeding when she packs so much in? "Actually I think I need to be doing more than I'm doing now! I think that the main thing is to try and really slam your way onto the scene, rather than moving gradually with the music. The first album seeped out and there was very little promotion for it. So the second album has been a lot more intense. I feel like I'm going at 100mph at the moment! But I think I need to keep doing that until it's at the level where I can start to really enjoy it."

"Homeward" is the opening track from the album and it was released as a single. The song itself asks a lot of questions and examines how we pour our energies into our routines until they seem to crush us. "I was thinking about life and about how hard people work to achieve things that are sometimes impossible. We're trying to live up to so much and trying to cram so much into our lives. It can be really wearing. So, I think the song is about that and about pointing people to perhaps something that's not quite so obvious and not so immediate. Even as a Christian, I have to constantly remind myself what life is really about because otherwise, you burn out and you don't receive any pleasure from what you've actually got to concentrate on, today, and what God's put in your life, today, and what he's asking you to do, today. Otherwise you're just running yourself ragged with the wrong focus." 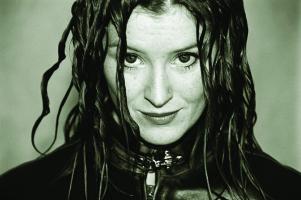 Nicki's busy schedule means that these things are a challenge to her. So is she someone who sometimes takes time out to take stock? "Totally!" she answers emphatically. "I have to do that every so often. I did this thing called The Artist's Way, which is a book. It teaches how creatively and emotionally, you need time to restock. I definitely believe that. I have to have a weekend every so often where I do nothing. Or I go away and sit and be quiet and read a book or have a cup of coffee somewhere, or go to the cinema by myself. So I'm not talking to anyone and I just take my mind off stuff that can consume me and re-evaluate where I'm at. I need that and I have to force myself to do it because my tendency is to just plough on and not really do myself that much good."

She continues, "Spiritually, I go and find the people that I know feed me. We have conversations that fuel me again and challenge me. Church life is fantastic but I'm often not there on a Sunday, or can't get to house-group regularly. I know that's a bit weird because when you're doing Christian stuff, it seems a bit bizarre that you don't actually get to go and do that yourself. But it's the way it is. I think everyone struggles with that but you have to have people around you to help you refuel. They're people who I value and I've had them in my life for a long time, so they're the people that have earned a right to ask me hard things and challenge me, not because they judge me but because they really love me. So that's a secure place to be."

Another song on the album that reflects on these issues is "Silence" which explores the consequences of filling our lives with so much activity and noise. Nicki shares, "It is probably the most quiet track on the album and the most chilled. It's just my thoughts out loud really of that whole thing of slowing down and stopping. It's actually making yourself be quiet. Even in a spiritual sense. I can be screaming at God to talk to me...'Come on! Do something! What do I do about this?! Ra Ra Ra...!' It suddenly feels like God just says 'Just shut up! If you would be quiet for a minute I'll talk to you!' Or 'If you'd be quiet for a minute, you might feel that peace come back.' It's just taking a bit of time-out to hear God, that's what it's about."

For Nicki, she admits it's often the practical responsibilities of being an artist that create the most noise and distract her from God. "We all have to work, we all have to live. For me, a lot of the 'noise' and the sound is to do with that. Keeping everything together and making things work. I see that in lots of people. You can't just stop a lot of the time because you're the one that makes your life run. BUT, at the same time, without being quiet and really listening to God, you can be running in completely the wrong direction and not realise it! So I think for me it's just that whole practical thing of 'What am I doing today? Got to travel to such and such! Oh, what am I going to do about the musicians?! What am I going to do about my rent?! What am I going to do about my holiday that I can't have?!' It's all that stuff that just wears you out and it's not that important really,"

Commenting on the new songs, Nicki explains the way that she works. "I am a musician and I love God and I want that to be part of my music and I want to be able to talk about that freely, but that's not the only thing in my life. God is the underlying, main rock that I stand on but that's not the only thing going on in my life and also, that's not the only thing people want to hear about. I wanted to write an album that covers everything and gives people enough to know that there's something in there. I want to intrigue people and yet not completely freak out non-Christians. I realised, there are certain bands meant to be worship bands and that's their mission and when you buy the album, that's what you want to hear. Certain bands are Christians who just happen to be in the mainstream and just don't do the Christian thing. I think I'd like to land somewhere safely in the middle. I want to be someone who doesn't cop out of anything but also isn't completely irrelevant. I have never taken anything out of a song, I never purposely write around words that I don't want to use. On 'Feeder Lane' I just did what was naturally in my heart and tried to be wise with it and focussed."

The edgier sound of 'Feeder Lane' makes me wonder whether Nicki is turning into a rock chick with a guitar strapped around her neck. "I don't know if I'm turning into one!" she responds. "I think I've always loved rock! I think I've always loved singer/songwriter stuff with an edge to it, that's more on the rock side." And then for a former member of Shine she makes a startling confession, "I don't like pop really. Shine was about being in schools and being an evangelist and doing all that. It was fun and I love dancing, so in lots of ways, it was really enjoyable. But I'm not going to go home and listen to a Shine CD."

Even so, I guess you won't see Nicki standing on her grand piano blasting out power chords! But then again...

The article is excellent, any plans for more interviews with Nicki Rogers?

Have just discovered your music and love it. Favourite at the moment is 'Fall'. Thanks for great music and inspiration.