No Turning Back: Yfriday and thebandwithnoname undertake tour organised by Crusaders.

A major UK tour featuring such artists as Yfriday and thebandwithnoname, NO TURNING BACK, takes to the road in April. Tony Cummings quizzed those behind it. 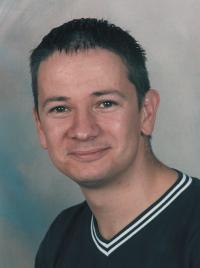 On 22nd April a very special UK tour, No Turning Back, kicks off in Reading. Featuring Newcastle's renowned rock worship band Yfriday, sports entertainer Tommy Baker, rap breakbeat revisionists thebandwithnoname and speaker Matt Summerfield, the tour has a pretty serious spiritual intention to "inspire a generation of young people to throw themselves wholeheartedly into God's great adventure to change the world." Presented jointly by Crusaders and Top Dog Promotions, the 11-city event has the potential to make a major impact amongst today's youth. Said Crusaders' Matt Summerfield, "We know that God is longing to see the rising generation grow up with a 100 per cent commitment to follow Jesus Christ, and an irrevocable passion to pass his message on to future generations. When Jesus Christ said that he offered 'life in all its fullness' (John 10:10) he absolutely meant it. The Christian life isn't necessarily an easy life but there's no greater thrill than giving yourself, full on, to the adventure of God. The key message of the No Turning Back tour is to inspire young people with that vision. We want to challenge them not to look or go back, but to fully go for everything that God has for them. After all, repentance is not just about turning away from the old life, it's about fully giving yourself to the new. With this in mind the tour will aim to encourage the young people to throw themselves wholeheartedly into the plans of God, radical living, making a difference in their world and passing on the baton of faith to future generations. We hope to be able to connect with over 10,000 young people throughout the UK and in order to ensure that it's not another case of 'hit and run', every young person and youth leader attending the event will receive follow-up materials in order to further develop and reflect upon the key messages of the event."

The logistics of putting on such an ambitious project is not for the fainthearted. However, in Top Dog Promotions' Gareth Brocklebank the tour has a man who seems to thrive on such challenges. He admitted candidly, "There are various challenges to overcome in putting together a tour of this size. First is finding the right local promoters to work with who can cope with the local promotion, administration and who have got a passion for the tour vision - bringing Christ in a relevant way to thousands of young people country wide. Fortunately, we're working with some great promoters on this tour.

"Second is finding a production company who are easy to work with, flexible, reasonably priced and totally professional. We have chosen to work with 63a Productions in Milton Keynes who have teamed up with Wigwam to provide all the PA, lighting and crew for the tour. As a company I have worked with on hundreds of thebandwithnoname concerts and many others, I know the tour is in very safe hands!

"The other major time consumer is co-ordinating all the accommodation and travel arrangements. Ideally, everyone would start from one point on Friday and return there on Sunday night but this is particularly difficult on this tour as Yfriday need transporting from Newcastle, thebandwithnoname from Manchester, Tommy Baker from Taunton, Crusaders guys from Luton and the technical crew are based in Milton Keynes! Fortunately we have outsourced this part of the tour to Alan Wallace at Affinity Events whose people are doing a fantastic job for us arranging everything from drivers to hotels and flights."

One of the contributors particularly looking forward to the event is Yfriday's frontman Ken Riley. The Newcastle band are no strangers to working with Crusaders having previously toured with them on 2003's Revolution tour. Remembered Ken, "It was great to see around eight to 10,000 people come out and support us. Of course we had Steve and the bandwithnoname with us which made the nights top quality and a great spectacle. God moved. The reason we're out this time supporting Crusaders is we really believe in what they're doing. Matt is a great bloke and we support his vision totally to make sure that a generation of people hear the Gospel and aren't missed. The simple life changing message is as relevant today whether you're a millionaire, a drug addict, a single mum, a student or a barrister. Living it out of course is a bit more difficult, but there is a full 3D life waiting for people to explore and we believe that the way is Jesus."

Long term followers of Britain's Christian music scene will be looking forward to seeing thebandwithnoname, who have recently introduced new band member Zulu into their line up. The band's founder member Chip Kendall enthused about Zulu, "Zulu's the best thing since sliced bread. He really is. God is shaping him into a true minister of the Gospel. He's also like this one-man recruiting machine for Innervation. The other day I caught him asking a pastor if he'd be interested in joining one of our schools' teams. And he was serious!"

Like Ken Riley, Chip K is really looking forward to what the No Turning Back tour will do amongst Britain's youth. "It seems like every youth event we're at, there's some great new initiative for the young people to get involved with. I think it's wicked. Our prayer has always been that when we look at a crowd, we wouldn't see a bunch of pimple-faced, snot-nosed teenage brats, but instead we'd see potential young pastors, teachers, apostles, prophets and (especially) evangelists. A real sense of urgency has accompanied the recent disasters like 9-11 and the tsunami quake, and young Christians everywhere are waking up to the fact that time is short - too short to be playing around anymore. As Zulu constantly says, 'We have to be wise in these last days!'"

Matt Summerfield has no truck with the suggestion that today's youth are disinterested and apathetic about spiritual things. He said, "It's true that they can get bored easily and can be self-centred, but that's more a reflection of the inevitable fruit of a 'been-there/done that' consumer culture. It's easy to throw stones at this current generation of children and young people, throwing up our hands in despair and decrying their behaviour. The reality is, whether we like it or not, we have played a role in forming the society in which they live and we have the responsibility to invest hope back into their lives. Aside from this, my experience in Crusaders is that there are many young people out there who are really passionate about making a difference for God. They haven't got an apathetic bone in their body and want to change their world. We run a summer missions project called CRUSOE which provides opportunities for 14+ young people to serve in communities all over the world. A few years ago, a group of young people went to Romania and encountered first hand the tragedy of Romanian orphans. Far from being apathetic about the situation that faced them, they did everything they could in a small two week window to bring the hope of the Kingdom to these orphaned, homeless children. When they returned to the UK they were interviewed for The Times Education Supplement. The first sentence of the published article was a quote from a 15 year old boy who attended that trip, 'My life will never be the same again,' he said. And why? Because God had captured the heart of a group of young people and started a fire of passion in them to commit themselves to his cause. There's no room for apathy there!" 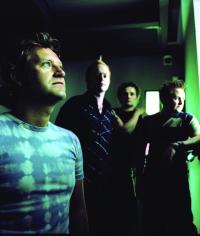 With its quality contemporary music and slickly produced communication of its message, No Turning Back clearly can begin to counter the perception still dominant in our media that the Christian faith is culturally on another planet. I referred Matt Summerfield to an article in the Guardian recently where a journalist from the NME said that the problem was that "Christianity is simply not perceived as being cool." Responded Matt, "Sadly, this comment is true. Not that Christianity is uncool, but that it is perceived as being uncool. And it's no surprise that this is the case bearing in mind that the media projects an image of Christians as being either Bible bashing in-yer-face hypocrites or timid, open-toe sandaled wimps who don't appear to have any convictions whatsoever. That's why the message of this tour is so important. We want to put a clear stake in the ground to declare that following Christ is the greatest adventure ever to give your life to. Life will only be completely fulfilling when you are in a loving relationship with your Creator Father. Only the bold and courageous commit themselves to such a radical course in the face of such worldly opposition. I think that the Church is beginning to recognise that there is a credibility issue but there is much ground to be recovered in terms of addressing the problem.

"My belief is that the solution will come from the young people themselves rather than the Church working out how it's going to fix itself. I think we have a key task to train and release a generation of young people to be the Church in a way that works for them and their generation. That's extremely difficult because we all have our views about how church should be. But this is not a time to be precious about particular models - this is a time to do whatever it takes to ensure that a generation has every opportunity to be a part of the Kingdom."

I think being a Christan. Is really cool because we can lern more about God extreamly. Because look at all the things he has been though to save our sins for us. Think about it ( HE IS THE FATHER THAT WE KNOW AND WHO GOT THE POWERFUL LOVE FOR EVERY SINGLE PERSON) in the power of JESUS IS THE SON OF THE LORD thanks Peter God.