Nora Dean: The acclaimed late singer who moved from "sexy reggae" to gospel 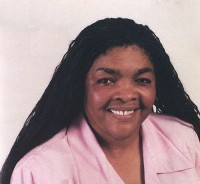 In a brief obituary in the latest edition of Mojo magazine Joe Public learned of the death of reggae and gospel singer Nora Dean. Writing about her music author and reggae music expert Michael Garnice wrote, "Nora Dean is one of reggae's best female vocalists. Listening to her music, it is immediately apparent that she has a great Jamaican voice. What might be slightly less obvious are the rich depths of her singing. This is what makes many of her recordings so special. An unexpected turn of melody, a well-placed use of sounds instead of words, an emotional intensity and complexity that is very expressive."

Nora was born Letetia Leonora Dean on 8th January 1952 in Spanish Town, Jamaica. A prestigious singing talent, by the age of 15 she had begun recording with many of Jamaica's top record producers. As well as recording solo she was at different times a member of the Ebony Sisters, the Soul Sisters and the Soulettes (the latter with Rita Marley). She recorded her first hit "Barbwire" in 1970 with producer Byron Smith and enjoyed further success with "Night Food Reggae". She went on to record for Sonia Pottinger, Harry Mudie and Bunny Lee as well as contributing backing vocals for Jimmy Cliff's 1973 album 'Unlimited'. Several of Nora's songs were sexually explicit and she later claimed she was pressured by producers to act outside of her character. By the mid-1970s Nora had become disillusioned with the rough-and-tumble of Jamaica's reggae music scene and relocated to New York City where she married.