Paul Field: Cargo And The Fight For Freedom

Veteran British songsmith PAUL FIELD was quizzed by Tony Cummings about his Cargo musical and the ongoing fight to eradicate slavery. 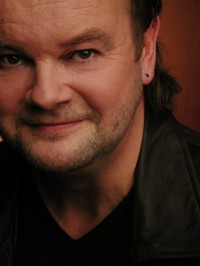 Paul Field has had the kind of music biz career that - if the singer, songwriter and producer had been based in the USA - would have won him a mantelpiece full of Dove Awards. But such dubious recognition has so far escaped this hugely experienced, Surrey-based veteran. Though Paul is one of the pioneers of British CCM with the Nutshell group in the '70s, has written number one pop hits for Sir Cliff ("Millennium Prayer") and US Christian radio hits for Point Of Grace, Avalon and Jaci Velasquez, and recorded a stream of fine albums of his own down the years, Paul wears his achievements lightly and usually speaks of a new recording with the laid back air of the seasoned professional. But his latest album and touring project is different and Paul communicates a passion and urgency that make it crystal clear that 'Cargo' is more, much more, than simply another recording or even another musical. In the past Paul has built up an enviable reputation for his musicals - usually projects developed with Methodist evangelist Rob Frost - and from 'Daybreak' in 1983 to 'Hopes And Dreams' in 1999 Paul's hooky songwriting and grasp of characterisation and dramatic nuance has made him a natural for musicals. Now Paul's new album/musical 'Cargo' is about to be released and toured and clearly this seasoned seen-it-all, done-it-all muso is more galvanised, envisioned and downright excited than I've ever encountered him.

Cargo uses contemporary music, dance and images to tell the story of the tortured struggles of the countless African slaves and the Abolitionists campaign to stop the vile trade in human lives. Coming as it does at 2007's bicentennial of Abolition and the profile that is being given to the work of William Wilberforce, Thomas Clarkson, Olaudah Equiano and the other courageous Abolitionists, Cargo will be a key factor in building public awareness of the slavery issue. Cargo will have its premiere at The City Hall in Hull on 31st March. The musical will then be staged at other large scale productions in London, Plymouth, Bristol and Liverpool. Before then Paul is performing extracts from Cargo at 12 venues across the UK in February and March as part of the Stop The Traffik National Tour. I began by asking Paul how he'd got involved in the Stop The Traffik campaign and its hugely important fight to stop modern day people trafficking.

"I'd already started researching and writing 'Cargo' and had a couple of trips to Hull (the home of Wilberforce) to meet with Professor David Richardson at WISE (Wilberforce Institute for the study of Slavery & Emancipation) and he had inspired me, not only with the historical story of the Abolitionists but also with his passion for working to end the slavery that still exists. A conservative estimate is that 20 million people are still tricked, traded and trafficked in some form of slavery. Sometime in November 2005 I had a call from my sister Marion White (who many people will know through Spring Harvest, mainstream and the many events she speaks at, but may not know she's my sister) who had been really fired up through a conversation with Steve Chalke about people trafficking and she was looking for ways to promote the campaign. Whilst Stop The Traffik are very specifically engaged in the issues of people trafficking and Cargo, as I've said, is more to do with the general issues, historical and current, of the slave trade, trafficking is a big part of today's slave trade so it still seemed natural that we should link up in some way. Marion has organised a tour with a group of Christian women (including my wife Ruth, Cornelia Chalke (Steve's wife) and Michelle Hawthorn (wife of Andy) for Jan/Feb 2007 following a trip they made to Mumbai in October 2006 to see the work of Oasis Global and Stop The Traffik among some of the young women who'd been rescued from enforced prostitution. I'm going along on that tour just to play a few of the songs from Cargo and then I'm touring with Cargo throughout the year. Aside from the links with Stop The Traffik, Cargo is also partnered by Compassion UK and Anti Slavery International. One of the main things I want to put across through Cargo is the fact that poverty, ignorance, injustice and unfair trade are at the root of today's slavery."

Having been privileged to hear an advance copy of the 'Cargo' album I was keen for Paul to tell me a bit about how the stirring music was recorded. "Everything was recorded at home apart from Sir Tom Courtenay reading the narrations," explained Paul. "The advantage of working from home is that you can put in far more time than you can when working in an outside studio and always being aware of the clock! One of the best parts of any recording for me is always putting the vocals down. That's when the songs really come to life. Apart from myself, Coco Mbassi (a wonderful WOMAD award winning singer from Cameroon) did a great job on 'Strange Cargo' and 'Freedom' and Sadie Chamberlain put in a fantastic, spine-tingling vocal on 'Midnight Rain' - a dark song specifically on the issue of women trafficked for the sex trade. Working with Tom Courtenay was of course a great pleasure and he did a powerful and poetic job of interpreting the narrations." 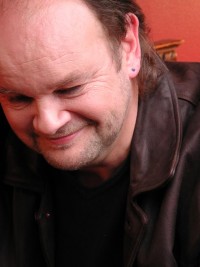 I asked Paul about the research he'd put in prior to writing the Cargo material. "I did read a great deal and some of it was very harrowing. At the outset I had no idea of the extent of modern slavery and only a dim notion of the inhuman cruelty and brutality faced by the African slaves 200 years ago. However, some of the stories were uplifting in showing the triumph of the human spirit in impossible conditions. I realised early on that the story of the Abolitionists was not just about a few middle class, well intentioned white men but also about the courage and dignity of the African slaves themselves. A couple of books I'd really recommend would be Bury The Chains by Adam Hoschild for a fascinating insight into the Abolitionists campaign, and Disposable People by Kevin Bales for a detailed and sometimes shocking picture of the slavery that flourishes all over the world today, fuelled by our greed, selfishness and worst of all our indifference."

Having researched the dreadful history of slavery Paul is now zealous to see today's Church take a more active role in combating such appalling injustice. "It's vital for the Church to get involved, not just in Stop The Traffik but in all campaigns for human rights, justice and fair trade. I heard someone say that in the 18th century there were Christians (such as Thomas Clarkson and William Wilberforce) who were willing to risk their careers, reputations and sometimes their lives for these issues. In the 20th century, the Church spent a lot of time arguing about doctrinal stuff, charismatic worship, etc and in many ways turned inwards on itself. What are we going to do in the 21st century? To paraphrase Brian McLaren: Our fellowship and worship together as a church is pointless if it's all about us getting blessed and blessed and blessed again. The point is, we are blessed so that we can be a blessing to the world. The abolitionists 200 years ago succeeded because they helped ordinary people see what lay behind the sugar they ate, the coffee they drank and the tobacco they smoked. We need to be aware of what lies behind the lifestyle we take for granted and as individuals and as a Church we should be a voice for justice, compassion, fairness and freedom. To quote from the final narration in 'Cargo': 'The feeling that there's nothing we can do to change things is our most common excuse for doing nothing. And yet in the same way that 12 ordinary men started the great wheel moving 200 years ago it's up to us to keep it turning inch by inch towards its final destination.'

"We can never let indifference rule the world. We can speak out, sign petitions, support organisations that work to end poverty, stand against prejudice and injustice and act with our credit cards. We need to understand that our desire for ever cheaper food and clothing may mean that someone somewhere is paying the price with their liberty."

I asked Paul whether 'Cargo' was going to be difficult to re-create live. "Not really too difficult," he responded. "I've tried to make it flexible so it will work as a simple solo concert with some images alongside the songs or (as in Hull and a few other major events) with a full professional cast of singers, musicians, dancers and narrators and a choir of 150 - or everything inbetween! I guess most of the band for the full events will be familiar to many people - apart from myself there'll be Coco Mbassi, Sadie Chamberlain, Mike Haughton, Dan Wheeler, Steve Harding and the Springs Dance Company. There are already about 40 gigs booked for 2007 of all shapes and sizes but Cargo is still available for more - large, small, services, workshops, etc.... so anyone who's interested in booking it or wants more information can contact me on www.paulfield.com

Where is Cargo being performed now?