There is something richly ironic about the sales phenomenon that is The Best Worship Songs.Ever.Â  After seemingly decades of industry figures suggesting this or that artist as the act which would wrench Christian music out of its insularity and register in the CD-buying consciousness of Joe Public, along comes a praise and worship compilation to outsell just about all previous Christian music releases.Â  Beyond everyone's wildest predictions EMI/Virgin release an album into the mainstream featuring well known worship songs by Rebecca St James, Tim Hughes, Stuart Townend, Kathryn Scott, Sonicflood, Delirious?, Darlene Zschech, Matt Redman, Brian Doerksen, Robin Mark, Lara Martin, Brenton Brown and more and see it sell well over 80,000 copies.Â  Much of the credit for this phenomenal breakthrough goes to Peter Duckworth, an executive who has been working in the music industry for 16 years.Â  Peter started in market research and moved into the compilation and catalogue marketing business.Â  He currently manages a portfolio of all of EMI/Virgin catalogue artists (eg, David Bowie, Cliff Richard, etc), and a portfolio of compilation brands (Now That's What I Call Music!, the I Love series, the Legends series, and of course The Best...Ever! series). Peter took time out from his hugely busy schedule to answer a few questions.

TC:Â  How did the idea for Best Worship Songs...Ever come about?

PD:Â  I had noticed how Time Life were spending a lot of money promoting a DRTV (Direct Response Television Advertised - ie, mail order only) worship continuity series (ie, a series where you buy the first volume cheaply and then they keep sending you subsequent full price volumes until you tell them to stop).Â  They would only be spending this money on TV advertising if they were getting a response, as DRTV is very quantifiable in its measurement of success.Â  At around the same time I met Bill Hearn at an EMI International Conference in Barcelona, (Bill is the head of the Christian Music Group in the US, the world's biggest Christian record company and a part of EMI Group).Â  At this time I was working with the idea of taking an album of worship songs and using our I Love brand and calling it I Love Jesus, from the US car stickers from the '70s.Â  Bill was excited about the concept, if a little dubious about the title, and offered to set up a meeting between myself and the UK distributor of his repertoire, Kingsway Music.Â  So a meeting with John Paculabo and Stephen Doherty from Kingsway was set up and they offered to compile the album on our behalf.Â  During this time I took advice from various people and conducted research amongst Christian friends of mine and friends of colleagues and we decided that the title The Best Worship Songs...Ever! would be more appropriate.Â

TC:Â  How were the track listings compiled and who was involved in the selection?Â

PD:Â  Stephen Doherty from Kingsway managed the compilation, along with Caroline Bonnett, but there were a number of people who had input. Bill Hearn gave us advice on key US repertoire and supplied some key tracks, such as Sonicflood doing Lord I Lift Your Name On High, and my cousin Godfrey Rust, a worship band leader in Ealing, gave considerable input.Â  The Top 500 CCLI charts were invaluable in the process as they do show exactly what is popular "out there".

TC:Â  What was your honest reaction when you first heard all these songs which were "big" in congregational worship circles?

PD:Â  When I first heard these songs in 2003 I wasn't familiar with them as I wasn't attending church at the time.Â  So I was coming to them cold with a feeling that they would be tambourine shaking singalong songs like I would sing as a kid at family services.Â  I was wrong and I was very surprised.Â  I remember playing Tim Hughes Here I Am To Worship over and over, thinking what a great song this is.Â  And thinking that Matt Redman's voice and songs are not unlike Robbie Williams when in ballad mode.Â  Interestingly, and perhaps coincidentally, my faith was being roused at this same time and I started attending church on a weekly basis.Â  This gave me an impetus to really investigate the CD.Â  Coming across Breathe by Kathryn Scott was extraordinary.Â  Here is a song, written, structured and arranged as well as any modern Dido/Enya piece of music, with quite extraordinary lyrics - I was and am very moved my it.Â  Then hearing Sonicflood do a U2 soundalike version of Lord I Lift Your Name On High - so much energy and it shows what a great song this is.Â  And Matt Redman really can write tune after tune of consistent quality.Â  Shout To The Lord with Darlene Zschech's incredible singing is again a first class song.Â  In summary, I have come to see that some of these songs are as good as anything in the secular world in terms of their musicality - The Heart Of Worship, lyrics aside, would fit comfortably on a Robbie Williams album, as would Lord I Lift... on a U2 album (certainly in the arrangement Sonicflood give it).Â

What makes certain of the songs so successful in churches is the combination of what would be a great song in any guise, whatever the lyrical content.Â  I would probably argue that it is the strength of the tunes, rather than specifically the words, which makes for huge success in a worship song. It is no coincidence that Shout To The Lord, Lord I Lift Your Name On High, and Be Still are all brilliant songs (structure and melody).Â  Here I Am To Worship is similarly a brilliant song - I wouldn't be surprised if this makes the CCLI top 10 within a couple of years.Â  Only Shine Jesus Shine defies my argument, as a song it is not one which would compete in the non-Christian world. 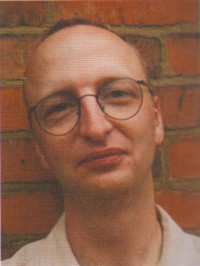 PD:Â  2004 has been the year where my underlying but passive belief in God has transformed itself into a growing Christian faith.Â  I'm glad we did The Best Worship album as it has been a great accompaniment to the start of my journey.

TC:Â  The last we heard Best Worship Songs...Ever has sold 80,000 copies. How does that compare with other compilation albums you've been involved with?Â  Have you been surprised with the sales of a worship album?Â

PD:Â  Everyone has been surprised.Â  It took an awful amount of effort to get this CD stocked by the supermarkets.Â  No one saw it as having any potential. Retailers think that Christians only purchase from Christian shops.Â  They forget that Christians are normal people and shop in Tescos like everyone else.Â  It helped that the release was timed around the opening of the Mel Gibson film The Passion of The Christ.Â  We were pleasantly surprised when it sold well and the retail trade were shocked.Â  80,000 copies is a good sale - it's not in the figures of a Now album or a young R&B compilation, but it is certainly a success.

TC:Â  How important was the TV advertising to the success of Best Worship Songs...Ever?

PD:Â  The TV advertising was integral on two levels.Â  Firstly without TV advertising the shops wouldn't have supported the release, secondly the TV advertising was important in generating sales.Â Â  Whilst we advertised in religious programming, we found that we got as healthy a reaction to advertising in Emmerdale on ITV.Â  Christians watch soaps and shop in Tescos! This in itself is no surprise to a Christian, but seems to be to everyone else.

TC:Â  The Church has largely developed its own music unnoticed by the mainstream music industry.Â  Do you think that the success of Best Worship Songs...Ever could begin to change this?

PD:Â  Not really, no.Â  Unfortunately we don't have widespread Christian radio and TV, which is key to the commercial success in the US of Christian music. I don't think it needs to change anyway, it's doing very well in its own world, I am just pleased that we have been able to make the distribution of some of this music more widespread, to allow more Christians to buy it on impulse.

TC:Â  Are there likely to be any more Christian music compilations?

PD:Â  Yes!Â  No successful compilation is worth its salt without a volume two, and Kingsway are compiling some ideas as we speak.Â  The important thing is to limit releases to allow sufficient volume to keep the supermarkets interested.Â  If we flooded the market then they wouldn't sell enough to warrant racking space in the high-street.Â  If we keep the releases few and of a high quality we may be able to maintain sales on each title which would keep the supermarket's interest.Â  At the moment the Best Worship Songs...Ever! brand is considered a success and a market-leader, and we don't want to blow it.

Hi Nenita, think this is what you wanted. Regards Jack (Sorry my typing sucks.

You were the One before time began
There's nothing beyond Your control
My confidence my assurance
Rest in Your unchanging word.

Great album and worship songs. Although I'm having a dificulty finding the song lyrics on Lara Martin's song "The Voice of Hope". would you be kind enough to provide this? I would love our choire minitry to sing this song. thank you mich and GOD BLESS.
Nenita