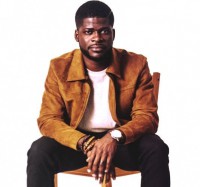 America's police brutality tragically isn't new. 20 years after the Rodney King verdict and the Los Angeles riots, the awful events now enveloping the USA show that there is still something profoundly wrong with parts of the American police system. Mainstream hip-hop music has long been a voice of protest against police abuses with songs by acts like Public Enemy, G Unit and N.W.A. (few can forget their notorious ""F*ck The Police") giving voice to the feelings and frustrations of millions of black Americans. It's hardly surprising then that today's rappers like Jay-Z and Scarface have already released anti-police brutality recordings. Now Christian rappers too are adding their voices to a social blight long hidden from the white community but in this age of mobile phones and other recording devices is now being laid bare in shocking visual detail for all to see.

Toronto- based rapper Shope has just released the track "With Me" available for free download from his label Role Model Records. "With Me" is "dedicated to Alton Sterling and all the black men and women who have been the victims of racism and police brutality." The verse of Shope's song goes:
"Give me a pen, give me a mic, give me a sword,
Give me anything to fight,
Alright I'm trapped inside this war//
Calling God to bring a flood,
Bring the Son down,
Cuz I've never fiened for blood,
But I'm on now//
Just so we clear, yea you right,
Yea I'm taking racism,
White cop killed a black man, escaped prison//
He was just another nigga,
So you figure,
He ain't _____,
He ain't going be missed,
He ain't worth the metal in your wrist//
He ain't rich,
He ain't got a union.
Sinister conclusions,
So don't you ever question why we resurrect the mission//
Now they quicker to shoot,
Than the speed to look for proof,
That on road, that's in court,
That's on file, that's in trial//
And when they ask why the gunshots,
Show 'em all they mug shots,
Then show the officer in uniform, yea that's true to form//
White crowd riots, that's a celebration,
Black crowd riots, that's a mob invasion//
Anti-political, but this ain't politics,
This a man down with three another two to make a fifth//
To the dome,
You can't tell me that's an accident alone,
Or some work stress, or what works best for your WordPress//
I see your tell,
No your poker face ain't selling,
That's why we all in, though you see us as rebelling//
A million army strong,
Who's covenant is God,
Before the foundations, He The one who wield the rod,
So we derive our comfort from that sacred bond,
And praying for our enemies, until He drop the bomb"

Another Christian rapper Sho Baraka's last album 'Talented Xth' made 108 on Billboard's Hot 200. He recently spoke on the US TV show NewsOne about "black issues" and gave his perspective on the performances by BeyoncÃ© and Kendrick Lamar at the Super Bowl and Grammy Awards. BeyoncÃ© performed her new song "Formation", the music video of which references police brutality, at the halftime show of Super Bowl 50 and used backup dancers dressed like Black Panther Party members in the 1960s. Kendrick Lamar walked on stage at the 2016 Grammy Awards to perform his To Pimp A Butterfly track "The Blacker The Berry" dressed like a prisoner in chains.

"I think it's a huge commentary on where popular artists are going right now," Sho Baraka said. "It shows that they're willing to take the risk and not necessarily pander to a majority white audience, but that there's rewards socially from their fan bases. There's also a reward emotionally, I'm sure, but that also it could also be a financial reward in being able to communicate this black conscious thought in music. 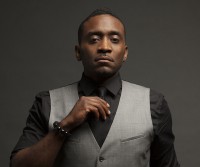 "But my caution is anything that becomes celebrated within mainstream culture has the potential to be highjacked by opportunists and culture vultures. I would say it's a great thing, but I would say that there is some caution because black consciousness could be marketable pretty soon." Sho Baraka expressed this concern as an artist who in the past has fearlessly addressed social injustice in music.

Whilst I don't doubt their is racial issues in US (and of course globally). I am concerned that judgements are made to quickly before any form of investigation can take place. This has become worse with the advent of social media and mobile recordings which push incidents into the public domain at break-neck speed, jeopardising the possibility of fair investigations or trials. The whole issue becomes political and the danger is then that a person can be deemed guilty in the 'public (or more-so politicians) interest'.