Australia's STEPHEN BENNETT, author of Prophet Musician, The Power of Apostolic Music and Art For God's Sake, gives his thoughts on the next move in worship music 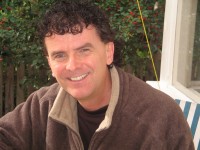 When I gave my life to Christ almost 35 years ago, there were contemporary preachers still preaching the ridiculous notions that "rock music", beat, minor chords and even dance, were of the devil and the flesh - and not to be played with. Today in 2014 this Christian generation would find that laughable and completely unintelligent.

As a prophetic worshipper and a creative in ministry for many years, I have often wondered, and prayed into, what the next wave of worship will be, as different moves of music and artistic expression and various influences came and went. In the 21st century we are about to see a global move of music worship at a whole new level, where God's manifest presence will be far greater, in glory, salvations, healings and accelerated shifts and moves in the spirit in churches, cities and nations - unlike anything we have ever seen or experienced. The possibilities in this for the Church now are unlimited. The Bible says in these days, that the nations will come and worship him and the rest of mankind will seek the Lord (Acts 15) - these are the ultimate reasons for the journey of worship in this life - that the people of the earth will know God.

The charismatic and renewal church moves of the 1960s and '70s brought the body of Christ new songs and various facilitator ministries like Scripture In Song from New Zealand and various others around the world, like the Third Wave church movements in America and Britain. Into the 1980s many fresh new denominationally independent church movements emerged, unencumbered by traditions; hungry for fresh moves of the Holy Spirit, great growth and consequently the fresh, new, bold sounds that came with it. In the 1980s America's Maranatha! Music and Integrity Music were influential in bringing new songs to the Church globally, especially live praise. Year after the year these sounds were being proclaimed into the "breath of the earth" and like Ezekiel, when God spoke to the dry bones of Israel and they came to life - the Body of Christ was emerging as a great creative force in the earth. Churches were writing, and singing, and being inspired with originality, and music technology was also improving, making it better and better to help it all along.

Through the '80s and '90s we saw the unprecedented influence on the global Church of music movements such as Hillsong Australia, Delirious? in the UK, Vineyard Music in the USA, and of course so many other influential pioneering ministry artists, contemporary artists and churches, way too numerous to mention here. In the 2000s Jesus Culture emerged in Bethel Church, California, and took an ever-evolving sound to the youth of the world with a clearly significant signature of great passion and a heightened presence of God consistent in their worship sound. This signalled to me at the time a new future; I was moved deeply many times as I heard their sound and my spirit was quickened. This article is not a concise history of Christian church music over the last 50 years, but to give you a perspective of where it's all heading. We now have the excellence, the performance, the technology, the skill levels, all the bells and whistles of modern communication, which are all good, but without God's tangible presence and purposes, it's all not going to achieve a great deal. 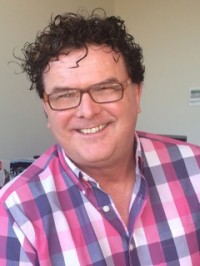 I prophesy that what is emerging now around the planet, and the desire in those that love Christ and his purposes, and into our immediate future, is an acceleration of Presence Driven Worship in the global Church: in homes, events, gatherings and stadia. It's happening already to various degrees in parts of the earth. His presence, love and grace has, of course, always been there in our worship learning and journeying - but the times we live in now are different. The journey has been for a time such as this, and God without a doubt is about to pour his Spirit on the earth in a big way and it's time for us to be ready and spiritually matured for the work ahead.

This year 2014, in the C3 main church Sydney (pastored by Phil and Christine Pringle), of which I have been a part for many years, we are experiencing this in a fresh way. C3 is now a matured global movement of over 350 churches that has significantly touched the world through its leadership and creativity. There have been significant tangible shifts in the spirit over the church and the movement in recent times, indicating that there is a new sound the Lord is wanting to release through the House and into the earth. Sound that has his manifest presence so obviously within it; sound that captures hearts like never before, sound that gathers, sound that releases his power to save, and heal, and change things quickly - sound for cities and nations for Christ.

For years I have seen this move like a giant wave, a flood, a mighty river, a massive outpouring of God's great presence in the earth, and those who had walked a journey for years were helping this generation to ride this wave releasing great sound into the earth, as many souls were coming to the Lord. (This move of the Spirit will permeate every walk of life, and in the arts we will see this acceleration in every genre: including film, TV, dance, fine art, media, etc.) In the days in which we live, the current emerging generation are running forward so blessed because of the worship journey of the last decades, we have seen unprecedented explosions of Holy Spirit-inspired sound all over the world to date - in the context of history it's literally amazing!

The breath of the Spirit in and over planet Earth is being "spoken to, sung to, and prayed over" like never before. This is a time to think big, think grandeur, magnificence, glory and the deepest intimacy at creative musical levels we perhaps have only just touched on in the past (again, this includes all the arts!). Are you ready to carve a new track and pioneer something new and magnificent? Forget just only "performing songs", seek for God's heart and melodies in your sound, and listen. . . Let God himself sing and play through you. . . for they just may be the sounds that will help bring great change to your church, your city and nation.

I found your prophetic musician book in the UK in 2006 and its a wealth of revelation. Thanks so much for what you shared. Oh that the Church would see how musicians carry the ark of God and hold the keys and dont just have a 'sing song' on Sundays. I see you are in C3 Church. My son Sean Hotter is in C3 at Oxford Falls. Are you there too? I'd love to meet you. My wife and I are coming to Sydney in May to see Sean.
Blessings
Graeme Hotter

P.S
I think that Jesus Culture is the best worship
Band today. Their music has the sane effect of yours in our hearts, they start playing and I know immediately
How prophetically profound their performance is and the level of their relationship with Jesus, only by hearing their sound and seeing their posture and reading their beautiful lyrics.

I still remember when you came to Nicaragua
and taught us how to hear the sound of heaven.
You said you could see the music floating around
and all you did was to write it down and then sing it.
I still own your cd's, tho they're scratched due to the use
Your music continues to change my life. I play your music when on the airplanes when I go abroad and your music makes even more sense as I look they the plane's window
so prophetic and beautiful. Thank you for that Steven and those who still get to hear you in person are blessed and fortunate to receive such importation you bring. You are
Always appreciated by all of us and team. God bless and congratulations. May you continue to break ground beyond your dreams. I hope to see you/hear you speak again... If not here, then in heaven it shall be.
MarÃ­a.