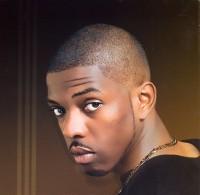 The London gospel hip-hop underground continues to produce a bevy of raw but vital emcees with sufficient skill to make the Cross Rhythms playlist. Presha J is the one of the acts to get a radio airing with his "No More" track making number seven on the Cross Rhythms Top 10 and now a new release, 'Changes EP', vying for similar exposure. 20 year old Presha J was born Robert Awuku Jr. Explained the rapper, "My parents come from Ghana, which is in West Africa, but I was born here in Britain. I still stay close to my roots. I love it in Ghana; I always go out there whenever I get the chance."

At the age of 11 Presha J was introduced to music by his older sister. She encouraged him to write lyrics and by the age of 16 he was recording his first rhythm tracks. By time he was 17 he was already making a dent in the underground garage/grime scene. His "Classical Riddim" produced by Showdem Productions got exposure on pirate radio. Presha joined the group Collision Camp and getting positive feedback from them started working on a mix tape, 'Pump Da Presha'. With underground stations like Axe FM, UK-Flow and Raw UK spotlighting his work the young emcee/producer produced a track, "Pump Da Presha Ftg Fumin". That too made noise in the underground. As Presha J said, "Deejays were demanding specials and producers were trying to get hold of me. Then just as I was about to release the mix tape into the grime scene, something happened."

That something was a spiritual awakening. Explained Presha, "I grew up in a Christian home. I always wanted to change, but because I was stuck in the road life, it caused a delay. But I finally made up my mind in August 2007. There was an incident at which I was held at gun point, but the gun jammed when the guy pulled the trigger. From that moment, my eyes were opened and I realised that that lifestyle was not for me. To top that off, a month later my mum came to me asking questions if I was okay. I answered and said: 'Yeah, why?' And she replied that her pastor had had a dream that I was in trouble. In his dream I was being chased by boys with guns and knives and my mum's pastor asked me why and what was I doing there? To cut a long story short, he asked me to take his hand and follow him into the light. After the conversation with my mum and her telling me the dream, I was in deep thought about the incident and I began to ask myself, who actually saved me? and why did the gun jam? I realised that there was someone looking out for me and I knew it had to be Jesus Christ. I began to go to church in November 2007 and got baptised 9th December 2007. I thank God for Pastor Peter Nembhard and the ARC church in Forest Gate for taking me in and being there for me."

Presha explained how his new faith meant a change of direction for his music. "I've always had a passion for music but when I was an MC in the world, in my lyrics I used to talk about the life that I was living which was negative and I was doing it all for the wrong reasons. Now I have changed my lifestyle, I changed my style of music to gospel and I use my lyrics to encourage others and glorify God." 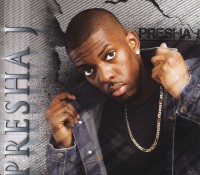 Presha J's first EP 'No More' caught the attention of Cross Rhythms radio. He explained how he came to write the track. "I was looking at Ephesians five verse eight where it talks about being in darkness and now being light in the Lord and that we must live as children of the light. This related to my situation and inspired me to write 'No More'. In the track I am letting others know that I am no longer involved in a life of crime but now involved in a life with Christ! The track is a proud testimony of how God has changed my life around, it talks about my generation and I am just encouraging others to know that God is able to do anything."

Featuring on "No More" is another leading figure in the UK gospel hip-hop underground, Tunday. Presha laughed when he enthused, "He's my guy! I've known Tunday since I was a little boy; he's always been a good friend, a teacher and there to encourage me when I'm down. I thank God for a friend like him in my life; he's one of my best buddies."

Tunday also appears on the new 'Changes EP'. I asked Presha to say something about the other guests on his project. "Antoinette is my sister in Christ, she's a member of the praise and worship team at my church, but she's also been there to encourage me since I became a member of the church. You will be hearing more of her soon. Another guest was Denise. I went to college with her and we also go to the same church, she's a good friend of mine, anointed singer and very humble. She's featured on 'Changes' and 'Elevate' on my EP. She's another one that will be releasing her music soon. I met Lola Godheld through my good friend (and well known artist and producer) Victizzle; I heard her music and thought she would be perfect for the track 'Stay In Your Lane'.

Things are looking good for the grime gospel communicator. He wrapped up our interview with a simple statement. "Right now, I am focusing on promoting my EP but by God's grace in 2010 I will be releasing an album."