Prodigal Sons: Return of the Prodigals

One of the most interesting and innovative US releases of 11997 was the PRODIGAL SONS double album 'Fast & A...(live)'. DJ Coopoid and Andy Payne talked long distance to IMC and youth pastor JR Barbee. 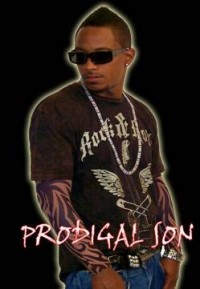 In the brief history of sanctified dance the Prodigal Sons have been pioneers. JR met music programmer Greg Hobgood at high school in Texas, where they started a band called Resolution, "doing stuff like New Order, Depeche Mode and Kraftwerk," recalls JR. "We went from there onto other styles like acid house and the whole dance thing. We were both raised in a Baptist church and would go along whenever they had a service, but Ion Fridays and Saturdays we'd go to clubs or raves. We both fell into the trap of the world...and got lost in girls, brew and some drugs. Then in August 1991 we had an encounter with God and totally gave 100 per cent of our lives to Christ. From then on we started making dance music for Christ."

So the Prodigal Sons are just that! And they now minister to others who have fallen into the same trap they were once in, performing the same sets at churches, Christian raves and secular raves. JR describes one memorable gig: "In 1992 we opened for 808 State at our very first secular rave, with 18,000 kids there. We expected to be hit by their beer bottles and stuff but they were so open to our message because they're searching for truth, something spiritual. We just got up there and had a praise and worship service and presented Christ to them. After the show we talked to witches, homosexuals; all types. It's amazing to see how many people come to Christ at the secular raves."

So does JR really see hardcore techno as being praise and worship music? "Yes I do," he replies immediately. "Worship is the main key to our shows. We put all their focus on Jesus. Every show is different when led by the Holy Spirit: you never know what's going to happen next. We may play a few songs and then stop and pray for people if the Holy Spirit wants us to."

Listening to the live CD confirms what JR says, revealing an inspired and spontaneous session of worship, teaching, ministry and non-stop techno! "It was totally God," JR exclaims. "I was so sick at that show: I was having anxiety attacks, etc. Now I get blessed whenever I listen to it. It is 100 per cent Holy Spirit. I don't do any planning for what I say. I just pray lots and read the Word."

The album 'Fast...' caused some confusion at first, because the music is anything but that. JR explains, "In the States we're known as the hardcore techno makers, with tunes of 130 to 160bpm, so we thought we should do a kind of ambient album and call it 'Fast' as a joke! There were about three years between this and our last album, so we were seeking God to find what he wanted us to do. The music really describes our heart: I like to use it to help me meditate on the Word of God. It was also around the time of the Oklahoma| bombing and our hearts went out to the families there. It's just a story about what we were going through really."

One of the harder tracks on the album, "Prosperity Tweakers" contains the vocal samples "I can jump, let me see you jump" and "God's into big money", which I think need a bit of explanation: "We are charismatic and stuff, but there are a lot of prosperity teacher over here. It's kind of scary now, as it sounds like they're teaching New Age in the church, with a lot of way out ideas. We want to get young people rooted in the Word and make sure everything their pastor says lines up with the Word of God."

So what does JR's church in Albuquerque, New Mexico, think of their unconventional youth pastor? "The church is behind us and they pray for us and support us. I have an awesome pastor who has a heart for the youth of today and he knows that we're going into a scene that is really tough to reach."

Finally, what are the Prodigal Sons planning for the future? "To do what God tells us," JR responds without hesitation. "Right now, we aim to make good quality music that competes with the world and that DJs in secular clubs would spin. One thing we would love to do before Jesu' [returns is to come out to the UK and have an awesome time there." Well, until that happens, 'Fast & A...(live)' gives a good| | flavour for what to expect.