We asked a batch of Christian musicians to talk about a book they'd recently read. Here's what they told us. 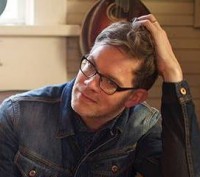 Jason Gray
"A book I read in the fall that was eye-opening and convicting and wonderful and I couldn't put down was by M Scott Peck called People Of The Lie. It's about how he believes that the root of evil is narcissism. And we're all narcissistic, but it turns malignant when it overtakes a personality and leads us being so self-absorbed that we can't feel empathy for others. And also, our egos are so fragile that we can't allow ourselves to know our own sin, our own imperfection, and so we blame everybody around us for what's going on in our own soul. And that is the root of evil. It informs a story that we begin to tell ourselves that allows us to do terrible things to people. That was a powerful book."

Philippa Hanna
"I love The Hunger Games trilogy by Suzanne Collins. It really inspired me and I believe it holds a lot of relevance for society. The story tells of a young woman raised in an oppressive, future North America, who finds herself both a reluctant hero and the face of a revolution. It all seems to happen by chance when first the heroine volunteers in place of her sister to risk life and limb in deadly combat, and later when forced into the war zone manages to remain human and merciful. Here on planet Earth we're in both a spiritual and a physical war zone. Sometimes we're dragged right into the centre of the action just because we choose to do the right thing. The media often attempts to propagate opinions and fear of other cultures. It can lead us to look upon people groups and individuals disdainfully. Just as in The Hunger Games we have to 'remember who the real enemy is.' Just as the Bible states in Ephesians 6:12, 'For our struggle is not against flesh and blood, but against the rulers, against the authorities, against the powers of this dark world and against the spiritual forces of evil in the heavenly realms.' Jesus confirms in the parable of the Good Samaritan that every person, whether Jew, Muslim, atheist, Christian or other, is in fact our neighbour whom we're called to love. We see hearts, lives, even nations transformed by God's love if we lead with it and not judgment." 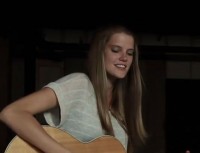 Leslie Jordan of All Sons & Daughters
"There's a book that we recommend a lot in our community and it's called Everything Belongs by Richard Rohr. Anything by Richard Rohr I'd recommend, but Everything Belongs is just one that stands out to me as a book that helps you understand the presence of God in every moment - your inner life, your outer life - and a way to see circumstance not as a determining factor in the trajectory of your life, but to know that every situation has a purpose, and God's writing a story that you may not see many chapters ahead."

Chip Kendall
"All of us on staff at !Audacious Church were asked to read The One Thing by Jay Papasan and Gary W Keller earlier this year, and it's really had an impact on all our lives. The basic idea is that constant effective multitasking is a myth, and if we'll get our priorities right, focusing on one thing at a time in the right order, we'll achieve much more. There's a brilliant analogy with dominoes that I'll never forget as long as I live. I highly recommend it." 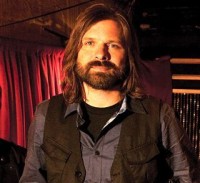 Mac Powell of Third Day
"I am reading Unbroken by Laura Hillenbrand. She wrote about the horse Seabiscuit - and there was a movie about Seabiscuit. Unbroken is about a man who was in the Olympics in 1936 - a runner from California - and in World War Two the plane he was on crashed, so he went through an ordeal, not only in the Pacific Ocean, with two other men, but getting captured by Japanese soldiers. It's a pretty amazing story." 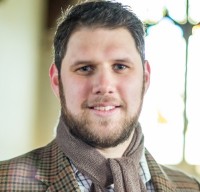 Dave Griffiths of Chaos Curb Collaboration
"I'm not really a huge reader if I'm honest. For inspiration I may dip into something by one of the Christian 'mystic' writers from hundreds of years ago. Recently I was scanning throughThe Imitation Of Christ by Thomas A' Kempis. There's such poetry in the prose; it's beautiful - but it's also challenging to read because of its intensity in devotion to Jesus." 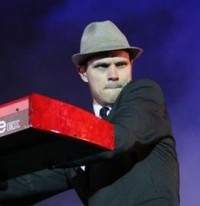 Joel Parisien of Newworldson
"I recently read The Alchemist by Paulo Coelho. It's a phenomenal story that any person of any age can read. The core message of the story is one of surrender - just surrendering to God. Whether you're a child or an elderly person, it has a narrative about it - a simple way it's written - and I found it very inspiring." 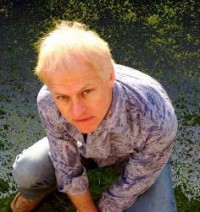 Paul Poulton
"'ve been reading a classic devotional book by F B Mayer about Abraham called Abraham, Or The Obedience Of Faith. Abraham met God, and it throws a lot of light on his walk with the Lord, which helps me in my walk with the Lord. I've also been reading other books about Genesis; there's a particularly good book about Genesis called Historical Genesis: From Adam To Abraham." 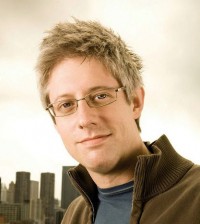 "Matt Maher
"The Four Loves by CS Lewis would definitely be a book that I would recommend - particularly in the day and age we live now. The concept of love has become so convoluted and corrupted - marginalised, in a way - that we need a renaissance in understanding the word love, obviously rooted in the Christian proclamation of agape as not only the foundation of the Gospel but really the foundation of society. From that understanding of divine love comes a better understanding of the different kinds of love that we have for one another." 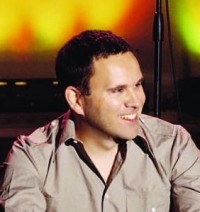 Matt Redman
"I'm reading a book by John Piper called Seeing Beauty And Saying Beautifully. It's an intriguing title, and he's talking about poetry - he's looking at the life of CS Lewis, a 17th century poet called George Herbert and the preacher George Whitefield - and he's using their lives to demonstrate that when you write songs or write with words about God, you're not just writing about the experience of seeing God: the writing is part of the experience. It's a profound thought, and I've felt it so many times songwriting. You suddenly stumble upon something - you see something about Jesus while you're writing. The process of writing can be part of the experience of God." 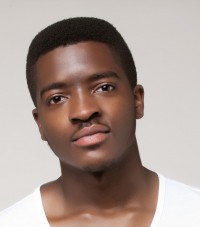 Guvna B
"A book which really helped me was I Kissed Dating Goodbye by Joshua Harris. It's good for single people and Christians who are young and single."