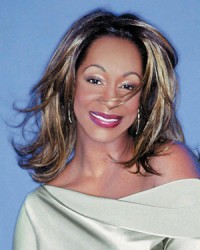 For decades there has been a regular pattern within the music industry where African American singers are plucked from the obscurity of singing in local churches and offered potentially lucrative contracts to sing secular R&B and pop. In recent times though there's been at least a steady trickle of artists returning the other way and, having recorded mainstream R&B have gone back to the church and gospel music (Dionne Warwick, James Ingram, Denise Lasalle, etc). Of all the artists who have followed this path it's probably been Regina Belle who has most successfully established a sizeable following in America's gospel scene. Regina's first gospel album 'Love Forever Shines' reached number three in the US gospel charts and has been a fixture there since its release in May 2008. Regina was once considered R&B pop royalty with major hit singles like "Baby Come To Me" and "Make It Like It Was" though it was her duet with Peabo Bryson, "A Whole New World", used in the Disney cartoon Aladdin which was a number one smash and earned her both a Grammy and an Oscar. Today though Regina is thrilled to be singing about her Lord. She told Christianity Today magazine, "I thank God for finding me worthy to carry this message. I'm elated I'm able to do this at this stage of the game because it's not an easy thing to switch gears [at this point in my career]. I'm 45 years old and have been in the industry since I was 21 - I feel so blessed to be found worthy."

Although 'Love Forever Shines' is Regina's first gospel project, long term Belle fans will have known about her Christian faith through her stage performances. She said, "I don't think my fans are all that surprised because when I'm in concert, they know Regina can break off into praise at any moment. I've been giving God the glory for a long time and I've never allowed fans to believe for one moment that I was pulling up my own bootstraps. So I don't think they're surprised, but I suppose some might be who aren't familiar with who I am. [My faith is] my foundation and something I never left, but I can say that through the years, God has beefed up that understanding. All of the stuff that I was going through in my life, he helped me amidst the hardships. He was taking his time to build me into the woman he wanted me to be, opening the doors for me to go into the R&B world. Some church folk might not agree with that [decision to go mainstream], but it's given me a full-fledged understanding of who God is and given me a greater compassion for people in the world that might be a little different than folks who've only lived in church circles their whole life."

Regina Belle was born in Englewood, New Jersey. It was at Englewood's Mount Calvary Baptist Church, and then Paterson's Friendship Baptist Church (presided over by Belle's uncle, the Reverend Fred Belle) that Regina Belle began attracting attention with her vocal abilities. She sang her first solo in church at age eight; and by age 17 she was the church's star singer. Belle attended Dwight Morrow High School where she studied trombone, tuba and steel drums. After graduation, she studied opera at the Manhattan School of Music. At Rutgers University, she became the first female vocalist with the school's jazz ensemble. In the mid-'80s she was introduced to mainstream R&B group The Manhattans by New York radio DJ Vaughn Harper and began working as their opening act. She recorded the duet "Where Did We Go Wrong" with The Manhattans which helped to attract the attention of Columbia Records. They eventually signed her to a record deal.

In 1987 Columbia released her debut album 'All By Myself' which featured the singer's first hits "Please Be Mine" and "Show Me The Way". Her follow-up album was 'Stay With Me' (1989). But behind the scenes things weren't right in Regina's life. She told journalist Andy Argyrakis, "I was dating this guy at the time, and we were supposed to be together one night in Louisiana. Turns out he had made other plans and that made me angry. Just to show how stupid we can be, I told myself, 'If he doesn't get here in 30 minutes, I'm gonna drink this whole bottle,' which was a fifth of Hennessey. At the time I thought, Who's that gonna hurt? Looking back, I can respond, Me. But when you're living an arrogant life, it's easy to come up with stupid rationalizations like that. Even though I knew God, God wasn't in me at that time, and I drank the whole bottle. But after drinking it I didn't get high or even a buzz, and that sacred me so bad. That was God letting me know right there and then, 'If you want to do this, you're gonna have to go to something much stronger or drink a whole lot more to achieve what you're trying to achieve.' And I never took another drink after that - not socially or anything." 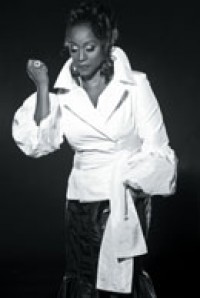 Career-wise, things continued to prosper for the singer. In 1991 Regina recorded a duet with superstar crooner Johnny Mathis which appeared on his album 'Better Together: The Duet Album'. More duets followed and it was one with Peabo Bryson, "A Whole New World", for the animated film Aladdin which elevated Regina to superstardom. In 1993 Belle released her platinum selling album 'Passion' featuring the Disney hit "A Whole New World" and other hits "Dream In Color" and "If I Could". Despite the success and accolade, Regina was far from contented. She said, "Things can't comfort you or dry your eyes. The Grammy doesn't bring you peace when you have questions about your life. No amount of money will heal. That's why really rich people jump off buildings. You can be on the top of your game and still feel most alone in the world. That was the dilemma I was going through." Belle released further albums, 'Reachin' Back' in 1995 and 'Believe In Me' (1998).

In 2000 Regina found herself in a hotel room in Detroit where she had been shooting her first movie, Brewster Place. There, Regina experienced a spiritual reconnection. "I cried out thanking the Lord for the things he'd given me, but also crying out 'I need you' because I knew that [material] stuff isn't enough. I was praying, and the Holy Ghost told me, 'You're not low enough.' So I got on my knees and continued praying and crying out. Again I heard, 'You're not low enough,' so I got on my face, which is when I heard a voice say, 'I will never leave you alone.' It was so present - not like the loud crackling of thunder or other things you might expect, but so pronounced, so clear and audible that peace came over me and the tears stopped. It was almost like an arm was wrapped around me saying, 'Don't cry, I'm right here in front of your face. You've been looking, but I've always been right here. Just trust me.'"

In 2001 Regina released the 'This Is Regina!' album and that same year performed for President George W Bush at the White House. In 2004 Regina surprised fans by recording with producer George Duke an album of jazz standards, 'Lazy Afternoon'. But it has been 'Love Forever Shines' which has brought Regina sales and praise from America's black church goers. Stylistically, it's a very varied album. "I tried to maintain a lot of the sounds from my past records, which always had variety. I do a little bit of [traditional and contemporary] gospel, jazz, R&B and pop. I didn't want to stray too much [stylistically] just because it was filled with gospel content. That's what fans know me for, and if you have the skills, talents and gifts, why not utilise them?"

Belle is married to ex-NBA basketball player John Battle. She has four daughters and one son and resides in Atlanta, Georgia. Regina's husband is senior pastor of a church. Belle admitted that there's that her touring commitments and her husband's church ministry could have caused difficulties. She said, "[It] was a challenge to our marriage and ministry, and had God not been in the midst of all that it could've caused some major stress. But we had to come into an understanding that our ministries are not typical. There are some things God has entrusted us with that are not like the regular roles of a pastor and first lady doing everything side by side. Some things God's gonna trust me with to do by myself and some things my husband is going to do by himself, even though I'm always supporting him in it."

Celebrity hunters visiting the church are looked upon with compassion. Explained Regina, "People will come in asking, 'Where's Regina Belle?' and 'Where's John Battle?' Thankfully, the Holy Ghost has such an outpouring [over our church] that the focus is not at all on us but on the Lord. We're grateful because we don't care how or why people get to our church. It's more important how they leave, hopefully having a closer relationship with God. Some people finish their conversations with me by saying that I'm so down to earth, and it makes me wonder, Well what did you expect? It's not the recognition I enjoy. Instead, I love that people's minds get changed because of who we are [and who we identify with]."

Regina recounted an incident demonstrating how her music can affect the listener. "I remember singing 'Make It Like It Was' in Japan, which is really a gospel song, even though a lot of people don't know it as such. I remember a young lady in the audience was crying and crying, and I didn't understand why because most audiences in Japan don't speak English. So I asked my interpreter to make sure she came back after the show and asked through her, 'Why does that song touch your heart so much?' She said, 'Even though I don't speak English, I understand everything you are saying through it.' The essence of the song had transcended the lyrics and it gave me a sense of purpose. I'm here for a reason and God allowed me to see that in this young lady. It's most fulfilling to see what God accomplishes by working through us."