Tony Cummings reports on a unique scheme where local church worship composers get a chance to have their songs professionally recorded and released on an album series. 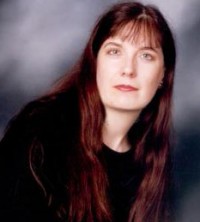 Carole Brooke (Professors Of The Faith)

"I was born and raised in London but have also lived in Cambridge and Durham, moving to Lincoln in 1997 where I am currently based. Raised as a Christian from birth, in my late teens I gradually fell away from God without even realising it. In 2000 I reached a crisis point and thereafter began a process of being "born again". God planted me in New Life Christian Fellowship, Lincoln the following year. I went much deeper into God's word and felt liberated by the awesome praise and worship I had encountered, becoming an avid student of contemporary Christian music. All my life I had been unaware that such Christian worship existed - it came as a shock, like discovering a parallel universe! God gave me the vision for Professors Of The Faith in 2002 and, with great trepidation, I felt led to register this band name with Cross Rhythms Christian Music Directory. This was in faith for what was to unfold over the next few years, including the involvement of several gifted Christians who have been working alongside the POTF vision.

"'Hail Your Creation' was my first recording but not my first song. As a child, I wrote songs but never even told my parents - not sure why! I still have the notes of some of these early efforts and was surprised to find that Jesus featured in them frequently. For many years my musicality seemed to have been "blocked up" as I went further and further away from God. It only began to flow again in 2001. My songs mostly come out of my private times of worship. 'Hail Your Creation' was written in 2004 whilst away on a private retreat, inspired by the beauty of the surroundings. The words express how much I love God's creation and see his love in and through landscapes.

"In autumn 2003 I became a student of the two-year Central Academy programme to develop my worship lifestyle and that's how I found out about the 'Re-leased' project. The current plan is to follow this up with a POTF six-track EP. A web site is under development and will be announced soon." 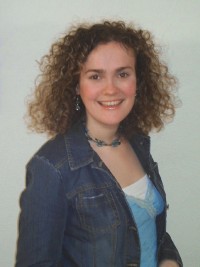 "I love writing songs and have done since about the age of five! There have been many patient ears that have encouraged my melody making! On a more serious note, when I write songs, my inspiration comes from times of intimacy with God and a hunger to dwell in his glory and presence. A year after graduating with a music degree at Cambridge (2002), I was diagnosed with an acute case of gastro paresis (paralysis of the stomach caused by a virus). I spent five months in and out of hospital being very sick and needing IV nutritional support. It is a condition that is not easy to treat medically and there is no known cure. However, in August I was miraculously healed at a Bible week. It was incredible to experience the healing power of God and I wrote the song 'So In Love With You Jesus' as a testimony of the faithfulness and love of God that I had experienced, especially over the previous months of illness.

"On the 22nd September (I can still remember the exact date!), I was asked to share my testimony at a healing meeting, which I gladly did! The following day though, I started with the symptoms of gastro paresis again. To cut a very long story short, over the last four years I have spent many weeks and months in and out of hospital. I have lost my job 4/5 times over and had to leave my home in Cambridge to return to live with my parents. Although I have continued to write songs, this song, which I wrote as a testimony, has become a very precious gift from God to stand with him in what has been quite a hard journey! I am so grateful to God for his steadfast love and faithfulness and the unfailing truthfulness of his word. I am now much better and I know that I will see his full and complete healing in my life for that is both his promise and his heart of love towards me. My prayer is that this song both lifts those that are in battles to fix their eyes and trust in Jesus, and also gives those that have come through a hard time a song of praise and testimony.

"I've never done any recordings before, my real passion for my songwriting is to see the songs bring glory to God especially in congregational worship. However, Mike Rimmer, the Cross Rhythms broadcaster, heard 'So In Love With You Jesus' at a Lifelink Bible week and they now use it at his church. He contacted Chris Bowater who gave me a call and asked what I thought about it being on the 'Re-leased' CD. I thought it sounded like a great idea! The 'Re-leased' team have been fantastic and a real pleasure and privilege to work with." 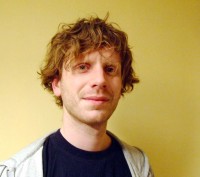 "I'm 26, newly married and live in Lincoln with my wife Lydia. I've been really fortunate in that I was brought up in a Christian household and was encouraged to grow in spirit and gifting from an early age. Like most church kids, I don't exactly know when I became a Christian, although I do remember being really challenged to make my faith solid after hearing Tony Campolo speak at the Alliance Music Festival some years back. I spent three years at Sheffield University studying archaeology and prehistory and then moved back to Lincoln and joined Threshold Church where I now lead worship. I currently play in a band called The Silver Lakes with whom I have a single out called "Seven Stars". We play many of the local pubs and have built some really good relationships with people here. I hope to record some of my worship songs in the near future.

"I started to play guitar when I was about 14, mainly because my older brother did and it was cool. I've always had a passion for writing music and I remember writing songs as soon as I learnt a few chords. If I'm completely honest I'd admit that at first I learnt and wrote for myself and my own personal ambition. Lyrically God was mentioned, but the heart was looking inward. This caused much musical and spiritual frustration and emptiness, but also eventually fuelled a desire to seek that which does satisfy - being close to God. A good friend of mine once said, "When you reach the end of yourself you find the rest of God", and for me, that is just what happened. Songwriting for me now comes out of a deep passion to see God glorified and the Church edified and released into worship.

"DB Studios is our local studio here and I've got to know Dan Bowater and Howard Williams really well over the years. I've recorded a few things in the past with them and I really value the work that they do. They told me about the 'Re-leased' project and it sounded exciting and a project I'd be keen to support. The CD has some fantastic material from local artists such as Graeme Clark, and it's exciting to see the amount of good quality worship and thought provoking songs people are being inspired to write."

Well done to all at db studios for this commendable initiative to listen to the voices faithfully serving the local church in the UK. More of the same please!