RICK JOYNER is the founder and executive director of Morning Star ministries in America. He is also the editor of the Morning Star Journal and the new youth journal The Message. This incisive look at the prophetic dimensions of music is from his book Mobilizing The Army Of God. 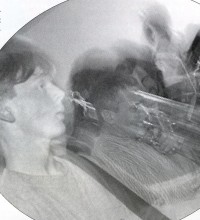 Music is accurately called "the universal language." It is a communication media that can cross almost any geographical, ideological or racial barrier. Music has a unique ability to touch the soul and arrest the heart - it is- a language of the spirit. Those who know this language and can use it effectively have been entrusted with a potent weapon in the battle for the hearts of men. Anointed music will be one of the church's biggest guns in the battle of the last days.

It is important that we comprehend just how powerful music is as a spiritual force. However, like "the force" in the Star Wars movies, it can be used for both good and v evil. As witnessed during the 1960s and '70s, music can prophesy and sustain major sociological shifts like the erosion of moral foundations. It can also fuel revivals and spiritual awakenings such as the great Salvation Army movement and the Welsh Revival at the turn of the century. The Lord is raising up a host of warriors who are now fighting to seize this music battleground from the enemy and use it for the kingdom. The Lord is about to anoint prophetic minstrels who will capture the world's attention and communicate powerful truths through song that will help set the course for the last day ministry.

Artists and musicians usually foresee and foretell the social direction of civilisation. Likewise, Christian artists and musicians often have the prophetic insight to be in touch with the trends and forces that are impacting the course of the world. Unfortunately, Christian artists with such insight are often constrained by the political and religious pressures in the church that can so inhibit creativity. Pioneers who are compelled by their vision often must break ranks with the religious status quo to explore new regions. This places them in a vulnerable position where they often find themselves being attacked as much by other Christians as by the enemy. Even so, many Christian musicians are finding the courage to press beyond the present limits of their time to help prepare the way for a great spiritual advance.

If we examine the paths historic explorers made while seeking to discover new lands, we will immediately notice that they seldom went in a straight line. Lewis and Clark wandered up numerous box canyons that forced them to frequently backtrack. Spiritual pioneers have likewise seldom followed a perfectly straight course - they will make mistakes. These mistakes which can cost the explorers much time and energy enable those who follow them to have a much easier journey.

Even the timid and the critical will ultimately benefit from the courage of those who, like Abraham, are willing to leave the security of the known to find out what God is doing. Seeking breakthroughs into new spiritual regions, many have dared to break ranks the traditional music ministry. They too may make mistakes, but making mistakes is not as deadly as refusing to go up to the Promised Land and fight when the time comes.

Conservative theologians have historically battled over the canonisation of the book of Esther because God is not even mentioned in it. It is probable that the religious conservatives of Esther's time judged her for becoming the queen of a heathen court, but it was all a part of God's strategy to save her people, which also included those religious conservatives. The Lord could have saved them another way, but he chose this way for his own reasons.

God gave Esther the wisdom to remain quiet about her faith and her heritage until the proper time. God is presently placing many "Esthers" in positions of secular authority and visibility in music and in many other fields. At the proper time they will use those positions to initiate a mighty deliverance and victory for the church. Many Christians whose songs will reach heights on the pop charts will be used as role models for those who would otherwise be looking to those who personify immorality and debauchery. They would never be able to do this if they stayed within the confines dictated by the timid.

The Lord is now placing chosen vessels in strategic positions of visibility from which they will be able to prophesy and help steer this generation toward its ultimate destiny. The ultimate position of the prophetic minstrels is not to just copy the world's style of music and try to do it better while adding Christian lyrics, but to capture the music that the Father loves which is played in Heaven, and transfer it to the earth.

Some of his music will be received through dreams, visions and other prophetic experiences. This music will be loved by the young and the old alike. It will impart peace to the listeners and give them freedom from the fears and pressures of this world just as David was able to do with his harp. This music will be so compelling that those of every possible genre will be drawn to it and every other style of music, from country to the classics, will be impacted and changed by it.

Music has a significant place in both Heaven and in Hell. It has been one of the great spiritual battlegrounds of this century and the battle is increasing in intensity. Men and women in this ministry are now being given a divine strategy and wisdom for the battle. These are also being used to mobilise those who are willing to fight this battle and it will be one of the most important spiritual battlefields of the nineties.

Music was created as a medium for expressing our worship to God. Worship can be motivated by either adoration or fear, but all worship is basically a focus of our attention upon the object of worship. It is this power to focus men that has made music such a force in directing even basic cultural changes. There is yet much for us to understand about this powerful force in the church and the world. The Lord is now moving in the hearts of his leaders to seek this understanding. If we do not learn to utilise music properly, the enemy will continue to fill the vacuum and use it against us.

Along with capturing the attention and arresting the hearts of unbelievers, the coming anointing on music will propel the church to higher realms of worship, which will cause the entire church to more fully abide in the Lord. When the church enters into the higher rearms of worship the result will be increased focus, and a power that releases extraordinary spiritual advances. The Lord is going to use music to help take all of the light that we have been given and focus it like a laser. The more focused it is, the more power it will have to cut through any barrier or darkness.

The vision and strategies that the Lord is now giving his church will be put into songs that will help to seal the hearts of the people with those visions. This will not be accomplished just with catchy tunes or lyrics, but with a powerful anointing that will come from the heart of the Lord to grip the innermost being of his people. In all of this we must understand that it is not just the sound, but the anointing. The sound is important, because the harmony of musical sound is meant to be concordant with the tone of the message the Holy Spirit is seeking to convey, but the anointing is more important.

For those who are prepared to handle the power, the Father is going to share with them the music from Heaven that he loves. This music will grip men's hearts like no music that has ever been played before. This music will have the power to lift up those who have fallen to the depths of self and idol worship, and to turn their attention back to the Lord. However, this power cannot be entrusted to those who are still caught in the snares of self or idol worship. To receive the highest anointing, minstrels must be healed of the spiritual wounds and insecurities that cause them to fall into self-centredness.

Great article, and an encouraging on at that. I feel somewhat saddened that there's a footnote leading us to yet more merchandise. Just a bit ironic?