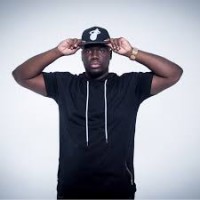 Slowly but surely Miami-based gospel rapper Rio 24K for has been building a reputation for hard-hitting authenticity in today's hugely crowded Christian hip-hop scene. His "conscious trap" outpourings which blend his Haitian accent laced with a Miami native twang on a string of releases issued through Rapzilla are amongst the most powerful and moving to be heard in gospel rap. His latest single "Long Way" deals with the struggles of his son with cancer, the imprisonment of his father and many more trials and tribulations. The track "Long Way", produced by IVN, is the latest in a steady flow of releases which don't flinch from depicting the grim realities of urban culture alongside the beauty of freedom in Christ.

Rio 24K's background was extremely hard. He explained, "Growing up, I didn't know anything about the Bible. My parents were into dealing and now I can see how that sparked myself and some of my family to get into it and scamming." As a teenager Rio began rapping under the name Cash Carter. His wake-up call came at age 22. He said, "I started going through health issues. I had to go to the hospital, started getting a sense of emptiness. Friends of mine started working for the police; I had a cousin who died; I started experiencing paranoid dreams and feared being indicted. I used to pray all the time. My homeboy got grazed and everybody around me was getting shot. I didn't know who I was praying to, I just knew that this wasn't the way to live. As my son got older the spirit of maturity came over me and I decided to change."

Rio's brother was able to connect the rapper to a local discipleship programme in August 2013 and he began to study the Bible. His new life as a Christian didn't overcome all his problems. A violation of probation; his father being arrested and incarcerated; losing his family home and his son contracting cancer were things the rapper had to deal with. But since his conversion a flow of music has shown that the rapper's faith has remained strong despite his trials. A free album 'Flashing Lights' was released earlier this year containing his singles "Higher" (2015), "Jump Out The Gym" (2015), "Easy" (2015) and "The Beauty Of Freedom' EP (2016). Now the 2017 singles "How I Feel" and "Long Way" show that this powerful communicator has much more to say. His track "Forever" featured on 'Flashing Lights' has garnered 100K streams on SoundCloud. As he said, "Music is my gift. I spit my life and my story."