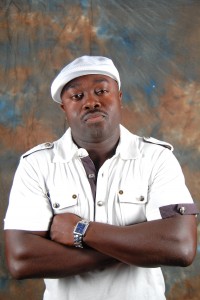 In the pandemonium of Britain's urban riots there was a startlingly quick and hearteningly creative response from one section of the Christian community. London's gospel hip-hop underground seeing the chaos that was erupting around them took to their home studios and in a couple of days three acts had recorded songs and videos and released them onto YouTube. Rapper G.I.F.T.E.D. spends half his time in Los Angeles but was in London working in inner city schools only two weeks before the riots. He spoke about his feelings expressed in his powerful song "Stop What You're Doing". "The riots really grieved me. I was talking to a few of my colleagues in London while it was going on. We're older and we had seen some of the groundwork we had made for the up and coming youths, and it just seemed like it wasn't worth anything. It just felt like the energy I had put in for some of the young people was just blown up in my face. What is going on? I know you can't generalise every youth but the situations that correlate to me are the shooting that happened. It was a very sad situation and we need to continue to pray that it's not repeated. My condolences go out to the Duggan family. But it was just sad to see people's response to that around the country. The rioting had nothing to do with what actually happened in Tottenham. We're still trying to get to the truth of that. I was deeply sad about the situation and I woke up burdened the next day and wrote the song. I worked with a producer in London, a good friend of mine and we just did it in one day."

So why write and record a hip-hop track commenting on the riots? "I believe we have tools, especially on the music platform, to reach to youth because it's the culture, it's the music they listen to. They take in a lot of the things that we say. So I think it's a great opportunity to speak up. If more of us do that, we may get some positive reactions from the youth. I've already had some great feedback from some youths saying, 'It made me think, it made me talk to my friends and reach out to them and realise that the situation doesn't really solve anything, we are creating more problems for our communities by damaging our communities and the government will have to use money to fix our communities'. The riots were mindless when you really look at them. That's the only word that comes to mind. It doesn't make sense."

One positive note sounded by G.I.F.T.E.D. is that the riots could be a wake up call about the state of mind for a section of today's inner city youth. He commented, "It seems like obviously the government and the police and the churches and the communities are waking up. The situation really does wake everyone up. Everyone needs to play their part. Of course what the youths are doing is completely wrong. But the riots highlight a deeper problem what has been brewing for a long time."

-- article_image9069 -->Another rapper who made a musical response to the riots is MOBO-winning emcee Guvna B. Guvna B is an ambassador for the Prince's Trust and had met with Britain's prime minister David Cameron only three months prior to the riots to warn him about the frustrations of young people in Britain's deprived communities. East London-born and now a student of the University of Hertfordshire, Guvna B uses grime and rap music to reach out to young people with a positive alternative, promoting hard work, honest living and the Christian faith. His track and video "Hometown Riots" is an attention-grabbing response to the mayhem we all saw on our TV screens.

Despite him denouncing the disturbances, Guvna B provided a different view to that of Home Secretary Theresa May, who claimed the rioters were the embodiment of "sheer criminality". "I think the behaviour is unacceptable, but it's very naive to say it's just based on just sheer criminality," Guvna B said. "This is about a lack of investment in youth and mistrust between authority and the youth. The Government have to start taking the youth seriously and relate to them if we're to avoid this chaos in the future."

Guvna B points a finger at the rampant materialism of today's culture as being a contributing factor in the riots. "These kids are looting because they are bombarded with consumerism on MTV - for example, flash cars, flash girls. There are no jobs in London so they see something for momentary pleasure and they grab it. Some people have no work ethic after years of hopelessness."

A third, equally hard-hitting track and video is "London Riots" by Soul Shifter & Tino. Startlingly, Soul Shifter admitted that before he became a Christian he did talk with his friends about rioting on London streets. "When I was in the world, I was in the world before I became a Christian, straight after the government changed we did talk about things like this happening in the future. I'm not saying it's the government's fault, but I and a group of friends had conversations about how to plan things like this. It has been building up for a year or two now and the death of Mike Duggan was a way of exploding the riot."

Soul Shifter gives testimony to being a very different person to the one who once dreamed of rioting on the streets. "As a Christian, we do have an obligation to win souls for Christ. The name Soul Shifter is from a perspective I'm shifting souls from darkness to light which is from the world to Christ." Like the other rappers, Soul Shifter made an immediate creative response to the burning buildings and looting gangs. He said, "Seeing youths on the road just causing chaos and doing all these crazy things inspired me straight away to say 'I want to do something about this'. So I got my brother Tino and we started writing straight away."

The duo put together the whole "London Riots" recording in one mammoth session. Soul Shifter recounted, "First of all, we chose a beat then we started writing the chorus. It was quite tiring but it was worth it. I know there are some youths out there that need to hear this song."