Rivers Of Babylon: The unlikely history of a pop hit based on Psalm 137 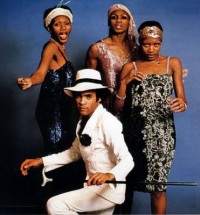 In the 60-year history of the British pop charts there have only ever been three hit songs whose lyrics have largely been taken directly from the Bible. In 1966 The Byrds hit with a song written by Pete Seeger, "Turn, Turn, Turn", whose lyrics emanated from Ecclesiastes and in 1999 Cliff Richard scored with "The Millennium Prayer", based of course on the Lord's Prayer. And In 1978 the Germany-based pop disco group Boney M made number one in the UK charts with "Rivers Of Babylon", composed by Brent Dowe and Trevor McNaughton. What is particularly ironic about both "Turn, Turn, Turn" and "Rivers Of Babylon" is that neither of the Scripture-based songs were composed by Christians.

The history of "Rivers Of Babylon" begins way back, centuries before pop charts. The lyric is based on the Biblical Psalm 137:1-4, a hymn expressing the yearnings of the Jewish people in exile following the Babylonian conquest of Jerusalem in 586 BC. Previously the Kingdom of Israel, after being united under Kings David and Solomon, was split in two, with the Kingdom of Israel in the north being conquered by the Assyrians in 722 BC. This caused the dispersion of 11 of the 12 tribes of Israel. The southern Kingdom of Judah, home of the tribe of Judah and part of the Tribe of Levi, was free from foreign domination until the Babylonian conquest to which "Rivers Of Babylon" refers. The unknown psalmist pondered, "By the rivers of Babylon we sat and wept when we remembered Zion. There on the poplars we hung our harps, for there our captors asked us for songs, our tormentors demanded songs of joy; they said, 'Sing us one of the songs of Zion!' How can we sing the songs of the Lord while in a foreign land?" 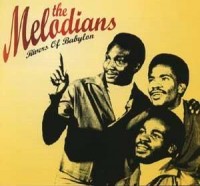 When the psalmist wrote these poetic lyrics he couldn't have imagined how they would eventually be an inspiration not just to the Jews or the Christians but to the Rastafarian cult religion which by the 1960s held sway in some parts of Jamaica. This strange cult, a hybrid of black nationalism and concepts developed through a pick and mix trawl of Old Testament Scripture, proved particularly popular among the rocksteady and reggae musicians who by the 1960s were performing and recording regularly in Kingston, Jamaica. One of these groups were The Melodians and in 1967 the group took the song "Rivers Of Babylon" to record producer Leslie Kong. Although the lyrics were from the Scripture and the melody bore a striking resemblance to the traditional "How Dry I Am", it was The Melodians' Brent Dowe and Trevor McNaughton who claimed composer credits.

In the Rastafarian faith, the term "Babylon" is used for any governmental system which is either oppressive or unjust. In Jamaica, Rastafarians also use "Babylon" to refer to the police, often seen as a source of oppression because they arrest members for the use of marijuana (which is sacramental for Rastafarians). Therefore, "By the rivers of Babylon", according to Rastafarians' imaginative interpretation, refers to living in a repressive society and the longing for freedom, just like the Israelites in captivity. Rastafarians also identify themselves as belonging to the Twelve Tribes of Israel.

Not surprisingly, considering the content, Dowe and McNaughton used only the first four verses of Psalm 137 for their song (the final two verses of the psalm read, "Daughter Babylon, doomed to destruction, happy is the one who repays you according to what you have done to us. Happy is the one who seizes your infants and dashes them against the rocks."). Another Scripture, Psalm 19 verse 14 "Let the words of my mouth and the meditation of my heart be acceptable in thy sight," were used for another verse of "Rivers Of Babylon".

The Melodians' recording of "Rivers Of Babylon" became a hit in Jamaica and was seen as something of a Rastafarian anthem. From an aesthetic standpoint it is indeed a wonderful record with The Melodians sounding like a soulful gospel quartet though one with a reggae accompaniment. The group's recording finally found something of an international audience when used in the reggae orientated crime film starring Jimmy Cliff, The Harder They Come which came out in 1972.

It was in 1978 though that the song found an international pop audience when producer Frank Farian got his studio creation Boney M to cover the song. In the UK Boney M's shallow interpretation was hugely successful, clocking up more than 1,985,000 sales and becoming one of the top 10 biggest selling singles in UK chart history. The artistic deficiencies of Boney M's hit didn't hide the memorability of the song or stop a shoal of artists subsequently recording covers. Artists ranged from reggae man Dennis Brown, Brazilian singer Perla and country rocker Steve Earle. Christian acts too have recorded "Rivers Of Babylon" including the Soweto Gospel Choir and acappella music's Sweet Honey In The Rock. But by far the best version of the song after The Melodians' original and one of the few which thankfully removed all hint of Boney M's clumsy, cod reggae rendition was by Canadian rock band The Kry. In 1996 the band recorded a fine rock style version for their 'What About Now' album.

The song continues to crop up in films and video games even today and one wonders whether it's just a matter of time before a version gets to the Cross Rhythms radio playlist!

Boney did NOT do an inferior version. It is as artful an arrangement as anyone else's!

How come nobody mentions Sublime in all this matter/subject of discussion?
I can understand it's not fully edited (and only recorded live) but still it's an important reference which deserves to be recalled.
Hope you enjoy it, for those who don't know it

Does anyone know the personnel on the Melodians version? Sounds like Winston Grennan on drums.

Oh rubbish ... no disco cover version was better than the original - not "Knock On Wood", not "Light My Fire" nor "Nights In White Satin" let alone this one.
Reason for popularity is not justification of some crass form of superiority.

When i hear dis song my soul week bt my spirit get strong bcoz the was a victory for them. Am pround to be a levite. Thanks

I think it is a very good song. I can't get the words and music out of my head. I sing it about once or twice a day in my mind.

Very interesting article however your negative comments and cogitations about Rastafarisns was unjust. To disrespect the Rastafarisns belief is such a way has no relevance to the explanation of the song.

Boney M version is the best. It is thanks to Boney M song is known all over the world. You can never deceive so many people talking about the "artistic shortcomings."

Nice article, but most of it was already known. "Rivers Of Babylon" remains a brilliant song. Boney M.'s version however is far from "clumsy". This version is still after 35 years very popular all over the world and became a true classic. The arrangement still sounds fresh and original, the production was brilliant and beautiful vocal harmonies. Boney M.'s lead singer Liz Mitchell (originally Jamaican) has a wonderful impeccable voice and sings this song with her heart and soul. Farian and Boney M. made something complete new out of this song, which was definately a creative piece of art, and yes, it had a very big appeal to lots of audiences, which made it sound very commercial (what's wrong with commercial music? If ABBA and The Beatles didn't make commercial music they wouldn't have been so big) Boney M. sold millions of their version of "Rivers Of Babylon", making it the most succesful version of this song, so who is Tony Cummings to judge this. Boney M.'s version proved to be very good, otherwise it wouldn't have become the classic it is today. Of course, it may not be Mr. Cummings style, but to say that Boney M.'s version is "clumsy" says more about mr. Cummings short-sided vision and his missing knowledge about music, then about the Boney M. recording.
By the way if you love "Rivers Of Babylon", take a listen to the fantasic version of Steve Earle as well.