S.O.E.: A Son Of Encouragement And A UK Gospel Hip-Hop Pioneer

Tony Cummings quizzed London rapper S.O.E. about his past and his hot 'Chase The Dream' album.

S.O.E.: Yes, Set Free have not officially disbanded. Whether or not we put anything out though remains to be seen. I started thinking about writing and performing solo material around 1998 (particularly after the Alpha Select project). I was partly frustrated with our level of productivity. I also wanted to develop creatively and partly felt my solo material would give me an opportunity do this. I aimed to release a solo album along with Set Free's album which we were working on at the time. 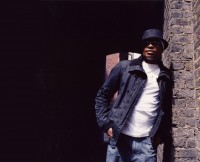 Tony: How has the church's attitude to rap/hip-hop changed down the years?

S.O.E.: How long have we got? Back in '92 we attracted mixed reactions. Some folk were indifferent, some thought it was great and others thought it had no place in the Church (and that's putting it mildly!). At one concert a man came up to me at the end of our set and said that it was disgraceful that we had brought 'jungle drums' into the church! On another occasion we had to explain to a church leader what we 'do' for over half an hour before we were let on stage! So in answer to your question: the overall attitude of the Church to rap/hip-hop in my opinion has changed a lot! Nowadays having a rap artist on the bill of a gospel concert is almost mandatory! We found it hard in the early days. As you know it's never easy to start something that's relatively new to people. We just wanted to make good music and glorify God. I thought that our biggest opposition would come from non-Christians because of our lyrical content! I remember feeling misunderstood and at times angry at some of the Church's reaction to our music. However, now when I look back at that period, I can understand why some people opposed or were uneasy about gospel rap/hip-hop. We are often wary of ideas or things that we do not understand.

I have to say that even in some of the hard moments God sent us a form of loving reassurance. For example, at that same youth event (where we had to explain what we 'do'), an elderly brother came up to us at the end of our performance and encouraged us to press on with the ministry in spite of opposition. He told us that he was among the first in his church to play drums during praise and worship. He said back then people resisted this new form of musical expression in the church and labelled it 'worldly'!

Tony: With all those guests, recording 'Chase The Dream' must have been a lengthy process.

S.O.E.: Yes, the recording process was lengthy. I feel it was necessary though because I grew as an artist during the process. It took about three years to complete (God willing the next one will be much quicker!). I'm really grateful to God that the songs stayed fresh because trends in hip-hop do change frequently! I'm also thankful that I got an opportunity to work with some artists whose work I admire. I believe that an LP should have collaborations on it. 'Chase The Dream' features collabs with artists such as Nathan Prime, Jahaziel, Bold, 3rd Son (out of GreenJade) and Chenoa (out of Zion Noiz). Also featured are some relatively unknown artists in gospel music circles, who I felt could bring the right ingredient for particular tracks eg, Tray-C, Coco Dupree, Revone and Joel Culpepper.

In terms of producers I worked with seven in total. Each one brought their own brand of production to the table and we were able to make some heartfelt music. I feel the different production styles give the album a broad musical feel without making it disjointed. Producers on the album are:

Silva Stone who is a hot, up and coming producer, produced eight cuts and did additional production on "Pad & Pen". He is very creative. I plan to work with him again on the follow up LP.

Zadok out of Yahweh Shammah and Zion Noiz produced four tracks including "Keep That Script" which I feel is the most lyrically creative song on the LP.

Super D-lux produced "Roll Over" and "Back 2 Luv (Remix)". He also produced "Gotta Be A Father 2 Your Child" and "In Dayz Like These". He produced club-friendly tracks.

Deany Boy and Burbree produced the title cut and "Think Outside The Box". They added more upbeat tracks to the proceedings. Burbree have worked on projects for artists such as Floetry, K-Ci & JoJo, Craig David and Fun-dmental 03.

Spirit-Led aka Ibe Otah produced "Rd 2 Success". He originally gave me a different beat which I wrote the lyrics to. However when I sent him the final recording he didn't like the original beat anymore so he came up with a new beat and added a singing vocal to the chorus. I feel Spirit-Led brought a nice, smooth vibe that a wide audience can connect with.

Ndurance out of Zion Noiz produced "Pad & Pen". He has produced for the likes of Jahaziel, Judah and of course Zion Noiz. He came up with a classic hip hop beat for real hip hop heads!

To promote the album I have shot two music videos, for the songs "Roll Over" and "Won't Bring Me Down", which features an appearance by former Olympic champion, Linford Christie. I plan to shoot another video later in the year.

S.O.E.: By God's grace I want to keep making music as well as branch out into other areas, eg, film production, fashion, etc. I'm in the process of launching a clothing line called Mercy Blue with my wife. Where possible I want to also help other artists to come to terms with the business side of the music industry. My current ebook, Your Guide To The Music Industry, should serve as a useful resource. I also plan to help develop two artists that I currently manage. On the community initiatives front I aim to expand the types of projects that we run in London. In terms of my purpose in hip-hop, it can be summed up like this: To make music that challenges, inspires and sparks change; music that honours God and leaves listeners hopeful.

love your story
am planning a youth concert in oct would like to know how you are about to visit us for that night?
please let me know how do I go about getting you
involved.

Praise the LORD! Just want to say that the article is very blessed and I do bid you all GOD'S speed. I encourage you to continue in the Lords work. I am also a gospel hiphop artist, I also am in a wheelchair due to a gunshot. the LORD uses me and I am humbled praise GOD. I just want you to know if there is anything I can help you with please let me know. My name is Leroy Stanford in the ministry im known as ABLE. I am able, you are able , we are all able for the fact that GOD is ABLE. Amen. GOD BLESS.

For more on S.O.E. visit the S.O.E. artist profile