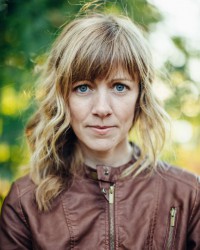 Sandra McCracken is surely one of Christian music's most unheralded treasures. Born in St Louis in 1977 she grew up in that city and graduated from Belmont University in 1999. Possessing a beautiful, clear-toned voice and a taste for American folk music Sandra independently released two albums, 'The Crucible' in 2000 and 'Gypsy Flat Road' in 2001. Two years later she recorded 'Best Laid Plans' with eminent producer Peter Collins. Released on Shell Records it became a near UK hit with "Last Goodbye" and "No More Tears" getting considerable UK airplay.

In 2004 Sandra married Derek Webb, the frontman with Caedmon's Call, the folk rockers carving out a niche with Christendom's student audience. After Sandra's album of hymns 'The Builder And The Architect' in 2005, she again worked with Peter Collins on the album 'Gravity/Love'. Sandra recorded two EPs with her husband, 'Ampersound' in 2008 and 'TN' in 2011 as well as recording critically acclaimed albums 'Red Balloon' (2008) and 'Live Under Lights And Wires' in 2009. Her 2010 album 'In Feast Or Fallow', recorded at her home studio in East Nashville, received more enthusiastic reviews with Jesus Freak Hideout writing, "Worship artists have embraced the classics of church music in recent years but the idea of original songs so rooted in traditional language and style that they could be mistaken for the back pages of a dusty hymnal are a unique idea indeed. In Sandra McCracken's case the result is a true work of art waiting to be discovered."

'Desire Like Dynamite' was released in February 2013 and explored the deeper dimension of sound and grace. The following year though was a bad one for the singer, songwriter and producer when Sandra's marriage to Derek Webb ended after he admitted to having an extramarital affair. In 2015 Sandra independently released the 'Psalms' album. It got a 10 square review in Cross Rhythms with Joy Atmore writing, "Overall this is a beautifully crafted album and one of the best ever attempts to bring a new set of musical clothes to the psalmists timeless lyrics." More praise came with the release, in 2016, of 'God's Highway', Cross Rhythms' Stephen Luff writing, "For those who have already connected to Sandra's particular brand of skilfully crafted spiritual reflections this will be a welcome set of songs."

Now has come the release of the 17-track CD/DVD recorded live this spring at Nashville's Art House in a living room full of friends and family. 'Steadfast Live' features McCracken and her band along with special guests All Sons & Daughters and Liz Vice. Produced by McCracken, directed by rising television and film editor Zach Prichard (Brad Paisley, National Geographic) and including over 70 minutes of content, the album and concert documentary include versions of favourites from 'Psalms' and 'God's Highway' as well as five new songs and hymns, stories behind the songs and Scripture readings. I spoke to Sandra about her life and music.

Tony: Do you do many live concerts?

Sandra: I do a bit. I tour, mostly on weekends, in and out of the school year. I'm balancing touring with family life.

Tony: Do you find that a bit exhausting?

Sandra: I enjoy it. Sometimes I try to find the right mix of time on the road and time at home, and I find the rhythms are the most important part of it, making sure I have room to rest, to take walks; to take care of those basic things. But I do love performing, and it gives a lot of energy back into my daily life.

Tony: Why the decision to record a live album?

Sandra: I was doing some touring around these last two albums. 'Psalms' and 'God's Highway' are songs that are so enjoyable, so fruitful when we sing them together. They're a little more in the gospel tradition, the folk tradition. Being able to hear these songs in community context has been an important part of these two albums. So the live album came out of the desire to give more people the experience of the live show with the limitations of not being able to tour everywhere all the time.

Tony: I've never known a prayer turn up in the middle of the first track on a live album. Does that indicate that some of our distinctions between performance and worship aren't really necessary?

Sandra: That's a great question. I think there are different times for different things. This performance, this evening recorded on this live album is intended to be a blend of those things, an integration of prayer, worship, storytelling and group-singing. So you're asking a very good question in the sense that it's something I'd like to do more of where we blur the lines between what each one of those experiences can be used for.

Tony: On your Wikipedia page you're described as an "independent singer/songwriter" and the word "Christian" doesn't appear. Is there any significance in that?

Sandra: I don't know who writes the content for Wikipedia. There have been seasons in my life where my business relationships have been largely in the general market and not in a branded Christian market; so it goes back and forth. I love to be in a context where people are believers or people are not followers of the Christian faith. I'm comfortable in both places. I'm very openly a follower of Jesus, professing in my faith, but it's just a way we learn to associate each other - sometimes helpful, sometimes not. 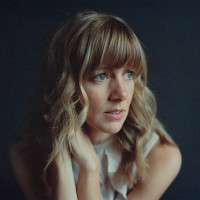 Tony: You live in Nashville but you seem very removed from most of the industry activity there.

Sandra: I think that's accurate. I'm not quite the right fit for that main pathway of Christian music and how it's marketed. That's not on purpose. What comes out of me doesn't always fit squarely into that stream; but I do have a lot of friends and community within that industry. I feel comfortable there, but it's not something I've worked hard to be in or to chase the success of.

Sandra: I think so. That seems like a fairly wide net that would hold the music I make.

Tony: The folk element has been part-and-parcel since the beginning and Caedmon's Call.

Sandra: That's true. I did some writing for Caedmon's Call. The folk element probably goes all the way to my childhood where I listened to music that was in country and folk - even show tunes. I was exposed to a lot of different genres of music, but the folk music was what stayed closest to me, and I think it's still with me as my natural inclination as a songwriter.

Tony: It's a personal question, but has the breakup of your marriage affected your songwriting?

Sandra: It has. Big life changes - especially the ones that are unexpected - tend to bring out what's there in us. They bring out big questions, and then we have to confront the questions. In my season of asking new questions and seeing life in a new way, seeing life after a breakup, I have a found a lot of comfort in the Psalms and in the words of faith I find in the Psalms, that give us permission to ask those questions. As hard as some of those life experiences are for all of us, when we go through hard things, regardless of the circumstances, we have an opportunity for growth. I have experienced a tremendous amount of growth in the past few years, and it has not been cut off from my experience as a writer and as an artist. I've learned to bring all that to the table and to my instrument when I sit down at the piano. I'm very thankful to say that God has made my sorrows fruitful: I don't have to sit in them, but they can actually plant new beauty in life for my children and my community - not from me, but that I get to participate in.

Tony: In mainstream music, artists who experience breakup can turn inward, and judgementalism can come out in their work. But you've gone to the Psalms instead. Did the challenging life experiences of the Psalm-writers, expressed in their work, lead you to the Psalms?

Sandra: That is a great point. Hearing stories of other people's experience that's hard - actually, more difficult, and life-threatening - you inevitably find perspective on your own loss. Just the complexity of that - I think it has the potential to make you feel or want to turn inward and become bitter. That is an opportunity we face every day in our lives in small ways, and sometimes we get to experience it in larger ways. But it can go either path. You can take the path of bitterness or the path of growth, one of empathy and beginning to experience that we are not alone in what we feel: other people are suffering too; then you begin to open up empathy into community.

Tony: One of the songs on your live project, "Justice Will Roll Down", deals with a subject very prevalent in the American social scene at the moment - justice: what it is, what it's not, and how much of it America is currently experiencing. Is the sociopolitical relevance of that, and the Scriptures that inspire it, very much on your mind at this time?

Sandra: Yes. We continue to experience waves and challenges around division - all kinds of division: racial, political, social, economic. It is part of the human experience, and there are times when it surges and swallows us up in our communities, like we've been experiencing lately. For me, it can be overwhelming knowing how to correlate all that emotion when I watch the news. But in my personal relationships, I can sit across the table from a friend who is not like me, and we begin to address our differences in very significant ways but in day-to-day life ways. Sometimes getting overwhelmed by the picture - not feeling I can do anything about it - is just the beginning of prayer: silence that comes before action or words, or social media. But it's very much on my mind, and "Justice Will Roll Down" - which comes out of a passage in Amos - was inspired by a speech that I saw in a documentary by Dr Martin Luther King. I think it's very relevant, and we continue to experience new opportunities for growth in our neighbourhoods. I think these are matters of justice, and not just reaching down to help somebody out: it is equality. As we engage in that, we find that those noble ideas support mutuality.

Tony: What would you say, generally, that people are looking for when they come to one of your concerts?

Sandra: It varies. My consideration is that people need permission and space to lament and bring their questions. Sometimes they don't know that's what they're coming for, but I hear that in the conversations after. I see, and get to hear stories of, people experiencing conversation with God, and honest prayer, which then begins a path of healing. I'm not causing that, but if I can create an opening by music and prayer, creating a space for people to know it's safe to ask those questions they don't really want to bring out in the light - very simply, I think people need permission to lament.