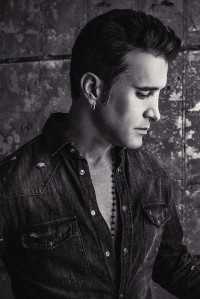 With the possible exception of Bob Dylan, no artist in the rock music panoply has had his spiritual state the subject of more conjecture than Creed's Scott Stapp. Over the years notice boards and indeed, whole websites, have been awash with fans conjecturing that the superstar rockers from Tallahassee, Florida were Christians or at least their lead singer and songwriter Scott Stapp was a believer. It seemed to make sense. Scott had grown up in a Christian home. And Creed songs like "My Own Prison", "Unforgiven", "Higher" and "With Arms Open Wide" bristled with spiritual themes. Scott went to great pains to deny he was a Christian but many assumed this was more a question of semantics as to what constituted a "Christian band" than a true denial of faith. It was only when a series of increasingly depressing news stories of Stapp's drunkenness and drug use began to emerge that the "Stapp is a Christian" theories appeared as so much Christian wishful thinking. So when Creed finally called it a day in 2004 few were prepared for what was to happen next to the gritty-voiced rocker. He put it in his own words when the singer spoke to CCM magazine.

"Over the last two years I've come full circle, spiritually. Unfortunately, it took a lot of heartache to get to that point, but I've always been a little hard-headed. I had to finally get to the place where I wasn't being influenced by how I was brought up (Stapp's legalistic, religious upbringing has been well documented). I had to finally stand alone as a man and see Christ from my own perspective and choose him for myself. When you grow up in church, especially the kind of church I did, it's sort of like, 'Your name is Scott and your faith is Christianity.' I didn't get to choose my faith any more than I did my name; so it was time to come to terms with where I stood, what my commitment would be."

Intriguingly, the same sort of sentiments were expressed seven years ago in Creed's song "My Own Prison". Stapp responded to that suggestion: "My dad used to always say, 'It's a matter of 12 inches. There's 12 inches between your head and your heart.' There have been plenty of times when I've cried out to God in the past; but it was almost always when I was in a jam, when I wanted to make a deal with God. In my head I knew it was right to call on the Lord in a time of need; but I wasn't ready to give him my whole heart, to recommit my entire life to him. That's what's different this time around. I've stepped back into the arena of faith, of faith in Christ. I'm not just looking at God as a way out of a jam; I've embraced being a Christian as what shapes my values, my worldview, my morals. My commitment to Christ is what establishes my priorities, how I will raise my son, my whole person. The important thing for me now is that I want my heart to be renewed, which is what is what I was trying to express when I wrote the song 'Redeem Love'. I saw the movie The Passion Of The Christ while I was going through all of this and it really brought home the idea of how I needed a new heart, that I needed to relearn what it means to love. For me, that's what salvation is - asking God for your heart to be reborn."

With the other three original Creed members joining with former Mayfield Four frontman Myles Kennedy to form a new band, Alter Bridge, Stapp has begun work as a solo artist. "I'm working on a solo album right now that should be released later this year, but 'Relearn Love' is my first single since Creed broke up." The song, inspired by the Mel Gibson movie The Passion Of The Christ, has already been released on 'The Passion Of The Christ: Songs' project alongside tracks by P.O.D., Lauryn Hill, Big Dismal, Steven Curtis Chapman and many others. Stapp recounted how the invitation to make a contribution to the album was confirmation that he was moving in the right direction. "When I was a kid, and even as a young adult, I was always asking God to prove himself to me. After seeing The Passion it was kind of like God saying to me, 'I'm here, what further proof do you need?' I finally got to that place where I looked up to God and said, 'You can have me; you can have everything I've got, if you'll just take me back.'"

Seeing one's true self ain't easy? Being able to admit ur wrong is uplifing? God is there no matter what? That's the whole point?

I love Scott Stapp and his material.If he he has people he terms as number one or obssessed fans,let him please register me without delay.