Seeker Services: A church movement with a fresh approach to evangelism 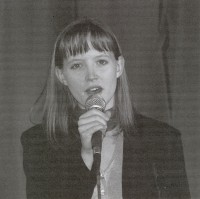 The evangelistic service has in recent times become more and more an embarrassing anachronism even among Christians with a passion to reach the lost. An old style preach and altar call might still remain a part of many traditional evangelical church programmes. But in a post modernist age few indeed are the non-believers prepared to darken the door of a church building particularly if they're going to be "preached at". Responding creatively to modern man's alienation from traditional religion has been the Seeker Services movement. Birthed in America the movement has given churches a creative prototype whereby contemporary music, drama and a simple jargon-free message can be presented which entertains but also makes spiritual connections with seekers striving to make sense of a secular age. Worldwide Seeker Services have been responsible for hundreds of thousands of non-believers making a commitment to Christ.

The genesis of this phenomenon can be traced to the USA and the home of Seeker Services, Willow Creek Community Church in Illinois. Lee Strobel is Teaching Pastor at the 17,000 strong church. He fills in the history: "It started out as youth ministry in the 1970s. Bill Hybels was a youth pastor at a church in the suburbs of Chicago. This group began to grow because they had a great worship time together and Bill's an excellent teacher. It grew to about a thousand students. They had a desire to reach out to their unchurched friends, but they realised that if they were to invite their friends to a service, they wouldn't be able to relate to it. So the students decided to do a special service once a week, designed to reach their unchurched friends. They decided to use music that would be Christian in nature, but in a musical style that their friends would be able to respond to. They also used drama to connect to the kids, to raise issues and to show a slice of life that they could understand."

Later, in 1975, the 21-year-old Bill Hybels started an adult church, based on the same model as the youth church, so they rented a cinema and began with just a handful of students inviting their parents. They presented a service that was designed for the unchurched to investigate Christianity in a friendly, contemporary way. The tiny mustard seed grew as people were added in their hundreds to the church.

Lee himself is a product of Willow Creek. He entered the doors in 1980 as a sworn atheist with a background of 14 years in law and journalism. A year later, he was born again and in 1987 was set in pastorally in the church.

So how does Willow Creek make the Word of God relevant to a disaffected society? "We like to look at some tough issues," says Lee. "We'll take various topics and do a series on them - for instance, raising families - and we show from the Bible practical teaching that will help people build into their children and to show people the need for Christ. Other topics are marriage, relationships, emotions. Through drama, music, multi media and video we try to help it come alive for people. We then open the Bible and let people see that there are answers in Scripture for those who need help."

News of Willow Creek has spread and many churches have adopted their style of evangelism. Today, 1000 churches from over 50 denominations and 18 countries are members of the Willow Creek Association, which was set up to assist churches in evangelising 'seekers'.

Here in the UK, the number of churches offering Seeker Services is increasing each year. Roger Sutton, a member of the pastoral team at Altringham Baptist Church in Manchester, was at the inception of the new-style evangelism services when it all began here in 1992. Within a year people were clogging up the phones, desperate to know more about the Seeker Services. There was such a demand that the Bible Society and the Church Pastoral Aid Society (CPAS) suggested they form a group to help the churches who were looking for this new way of evangelism. Reaching The Unchurched Network (RUN) is an ecumenical potpourri of church leaders, including Roger, which seeks to network ministries and churches or even professional people in the creative arts like musicians and actors around the country. So what kind of churches are joining RUN and opening their doors to the unsaved?

"They tend to be churches with a heart for the lost," explains Roger. "They tend to be evangelical churches. They're looking for new methods, or, more importantly, new principles on how we reach those who had not been reached by churches in the past. They also tend to be renewal-based churches, like the three main pioneering churches, who have come out the other side saying that the Spirit of God is about blessing, but also about mission."

Southcourt Baptist Church in Aylesbury is one of the three pioneering churches, after Altringham, to catch the vision of revolutionary new ways to attract people to church, or more importantly, to God. Chris Stoddard, one of the pastors and the church's worship leader, expounds their vision which began four and a half years ago: "We've always been a church that's very committed to outreach and evangelism but we got fairly frustrated because we weren't really seeing anything significant. It was only a few super-keen ones who were involved in evangelism. Around that time we went to the first Willow Creek conference in Birmingham. We felt then that this was what we wanted to do. My wife and I flew over to Willow Creek that summer and spent some time with them. Then we came back and shared the vision with the whole leadership."

Roger Sutton believes too that the Willow Creek method heralds in an age of proactive evangelism which, unlike previous decades, will connect with people from all walks of life. He explains, "One of the major things that Willow Creek brought was a new heart and confidence in reaching those who, up until now, had not been reached. Your average 35-year-old bloke is extremely difficult to reach in our culture today. The Church to him is completely irrelevant."

If you polled 1000 people in the street what they thought Church meant today, most of them would give the impression that it is a dinosaur about to die out, an anachronism in an age of self-sufficiency and humanism.

"Church and real life are poles apart," continues Roger. "How the Church has managed to take Jesus Christ, who is THE most relevant person and make him seem completely irrelevant is a major thing. I don't know how they've done it!"

Controversial yet true words indeed from one 'inside the business', so to speak, so it's no wonder that 'real people' find the whole concept of a personal Saviour and a Living God who is passionate about them as a bizarre and remote truth.

Making God a life-changing alternative in a society which constantly competes with people's time is a tough calling. With the widespread attractions of cinema, TV, secular music and leisure activities, the Church at large has a huge task on its hands. So how do you determine what will lure people away from their pastimes and into churches? Roger Sutton is keen to enlighten me. "Love and community are essential in what we do. People must come into a community - a lot of people are looking for that today. There must be respect for the unchurched and avoid the Us and Them situation."