Seth Condrey: Leading people in worship. . . in Spanish and English 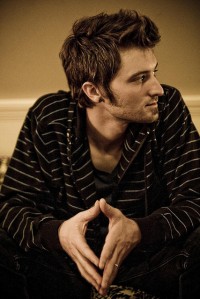 North Point Community Church is a mega-church located in Alpharetta, a suburb of Atlanta, Georgia. With its average attendance of more than 24,000 people (spread across five campuses) it is the second largest church in the USA. One of the high profile worship leaders serving this community is Seth Condrey, the 30 year old singer/songwriter from Kennesaw, Georgia, has appeared on a number of North Point albums including the North Point Christmas album, the North Point Inside Out project and the North Point Kids album. If that wasn't enough, he has also released albums under his own name in both English and Spanish and it was the 2007 album 'De Corazon a Corazon' which won Seth a Dove Award. His album 'Keep On Changing', produced by award-winning Phillip LaRue, features co-writes with LaRue himself as well as Seth Moseley, Ed Cash and Tenth Avenue North frontman Mike Donehey.

The beginning of Seth's spiritual journey was far from easy. The son of a preacher, Seth grew up in churches where "fear and guilt were motivators." He spoke about his early years to cbnmusic.com: "In college, I ran into a situation where I was head to head with legalism without a deep understanding and relationship with Christ. This one particular situation pushed me over the edge. I had only viewed God through the lens of the churches I grew up in; and that lens had gotten so blurry I wasn't sure if God even existed. Anytime someone chooses to walk away from the goodness of God and even the fact that He exists in our lives, whether the external circumstances are bad, the heart is jeopardised greatly. I fell into some pretty heavy addiction. But worst of all, my heart became hardened and cold toward people, especially Christian people. I am naturally a people person, and I found myself constantly defensive and angry at the people that loved me most and should've been closest to. Looking back, it was definitely hell on earth. Isolation and separation, the opposite of what God does in and through our lives when we surrender to him."

It was a friend called Neil Perry, who had known Seth since childhood, who was the instrument in bringing Seth back to spiritual health. Seth remembered, "He called simply to invite me to be a part of the camp and probably wasn't expecting a pretty harsh 'no' and confession for the reasons why. Surprisingly he was persistent, and in the middle of our conversation he paused and said, 'Seth, you are a worship leader.' At the time, it just made me uncomfortable. But now I realise God was using Neil to show me one of the reasons I was born. It was a reluctant 'yes,' and I was determined NOT to have an emotional camp experience. But, I encountered the love of Jesus in a real way that drastically changed my life."

Seth was asked how precisely he heard God's voice. "It was just me and the ocean and the stars. And I guess you could say I was trying to pray again. It was the first time in a while that I had shouted anything into the sky, but I was frustrated and realised that the life that I had been living was anything but good. Guilt and fear had held me at a distance, but in the middle of my 'ranting' I heard God's voice louder than any other voice in the universe at the moment say to me, 'You're my child, and I love you.' Some of the most powerful words that my heart had ever received. This seems to be the message of the Gospel that continues to be heard in the heart of everyone who receives it. Just as I feel toward my children now, I realise that there's nothing that we've done, or can do, to make our Heavenly Father stop loving us."

Seth began writing songs and soon he was leading worship. In 2002 he recorded his first independent album, 'My All'. Shortly after its release he enrolled in a Bible college in Argentina. It was in that country he learnt to speak Spanish. Back in Georgia he supported himself doing landscaping and took every chance he could to talk to Georgia's Hispanics about the love of God. Many of the songs Seth was writing were in Spanish. He told yahoovoices website, "Around the time I met my wife in early 2006. I also met a guy from Nashville named Barry Landis who introduced me to a Spanish label called Canzion which eventually was who I did my first Spanish record with."

In 2008 Seth made the connection with North Point Community Church. He explained to Indie Vision Music, "I first got involved with North Point because they needed a Spanish worship leader, and I happened to sing a little in Spanish. They launched a trial Spanish service in 2008, and that lasted eight months. After that, I was invited to lead a song at a Global Night of Worship at Buckhead Church, one of North Point's five campuses, and for the next five years I led there almost every Sunday."

In 2009 E1 Music released the English language album 'More Than I See'. At the time of its release Seth commented, "The album is my heart poured out over everything that's happened in the last four years." A key song on the project is "More Than America". In the song Condrey sings, "There's so much more that we could be living for. . .," revealing his missionary heart. He said, "There's something special about seeing different nations coming together to worship God through music. I love connecting with people through music."

It was the release of his English language album by North Point Music, 'Keeps On Changing', which has taken Seth Condrey to the next level in his music. He commented, "The biggest difference between this album and the previous one is the way I see myself as a songwriter. I feel like for the first time I was able to beat some of my fear and insecurity as a writer. I came into this process with two main goals: 1) To help people know and experience Christ; 2) To help lead people to worship Him. There a few different themes throughout the record, but if I had to pick one message I'm trying to communicate it would be that Jesus is the only one worth following." 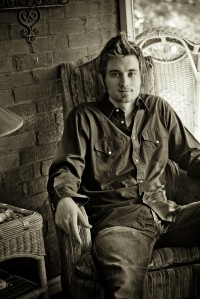 Key in Condrey's musical development has been engaging with other songwriters. He said, "The songwriting process for this album was an absolute blast. As with any songwriting session, there are hills to climb and almost always a struggle for a lyric or idea. But I really enjoyed the guys I was able to work with on this album. There were definitely great conversations had about life and real stuff that we were going through. And a lot, if not all, of those conversations influenced the lyrics on this album. When Phillip and I got together with Mike D, the song 'Love Like Fire' was born out of our initial conversation that day. It was about all the junk in our lives and how our hearts get darkened sometimes by pride, fear, lust, etc, but how God doesn't leave us that way. In his grace, he consumes it all and refines us day after day. Sometimes who we want to be is just a faint desire, but God's all-consuming love comes to our rescue."

One of the outstanding songs on 'Keeps On Changing' is "You Love My Soul". Said the songsmith, "I started writing it after my mother-in-law died in 2010. Her passing was unexpected, and for the first time I really started thinking a lot about death and 'the end'. I watched her struggle with alcoholism and emotional weight all the way until she left us, and it was a tragic day for our family. But through it, God showed me that he loved her. At her funeral, I realised that it was not 'the end' of Lillian Torres but that Jesus was 'the end' of the pain and struggle that this life had brought her. She had believed in him, and he had rescued her. I hope people feel and receive the hope and life that Jesus offers us when they hear this song. C S Lewis said, 'We are not bodies with a soul, but rather, souls with a body.'"