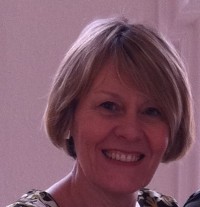 If you are a listener to Aled Jones' Good Morning Sunday programme on BBC Radio 2 you may well have heard the delicately tuneful "In Your Love" by Shiobain. Although this single is the singer's debut solo recording it turns out that Shiobain Corsey, the wife of an Anglican priest based in the parish of Perivale, Middlesex, has a wealth of singing experience behind her. She was a member of the fondly remembered '70s group Meet Jesus Music and was with them when they headlined at Greenbelt in 1979. Cross Rhythms quizzed the lady about her music ministry. She told us, "I'm a member of our church leadership team and have responsibility for the music group. We are an eclectic bunch, keyboard, cello, clarinet, flute, guitars and three vocalists. Sometimes we have a violin and occasionally a piano accordion. The composition of the group can vary from week to week as people are available. Our congregation is very mixed in age and ethnicity and I try to reflect this variety in the music I choose as well as trying to highlight the themes from the readings for the day."

Shiobain is pleased with the positive reaction to her single. "We have been so excited and encouraged by the response to 'In Your Love' since it was released that our little grey cells are working overtime at the moment. I have always tried to be available to God and go with the opportunities as they arise so that's what I plan to do. Whatever happens, my New Year resolution was to 'sing more and sing better!' I've made a start and with some singing lessons aim to improve and develop. I had forgotten how much I enjoy being in the studio and would love to work on some more songs. I think Keith [Routledge, the founder of Meet Jesus Music and the co-composer of "In Your Love"] has some ideas about setting up some gigs so watch this space."

Shiobain was born in Chiswick, West London and is the youngest of five children. She recounted, "My father was from Co Mayo in Ireland and my mother was of Italian and English descent. I went to school in Chiswick and after taking A levels at my local comprehensive school left to start working. My mother always played music while she did the housework, mainly classical and opera, but with an older brother and sister living at home there was plenty of other music around. I was generally quite a shy girl however I remember my mum coming home from work one evening and finding me performing Beatles songs on the front garden wall to people walking past. I was fortunate to go to primary and secondary schools where music and drama were an important part of the curriculum. I always took part in the concerts and at high school had a lead role in Gilbert & Sullivan's 'Gondoliers'. During my teens I was also regularly singing in church."

Shiobain was brought up in the Roman Catholic church and regularly attended mass. She said, "We often attended the sung mass and my sister and I learnt it in Latin and sang it together at home. When I was 14 and at high school I met a teacher who was a committed Christian. She invited me and my friends to the youth group at the church she and her husband attended. Basically through their love and nurturing I was lead to a new spiritual awakening." 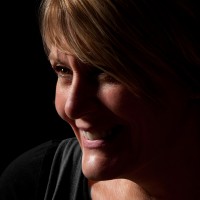 In the '70s one of the pioneering Christian music bands in the UK were Meet Jesus Music. Through constant gigging and two much praised albums, 'Meet Jesus Music' (1974) and 'Gold' (1976), MJM's blend of jazz-tinged folk gained them a substantial church following. Shiobain recounted how she met Meet Jesus Music's Keith Routledge. "I met Keith and Angie just after I returned from my honeymoon. I was going to church at Kensington Temple in Notting Hill Gate at the time and one of the pastors linked us up because Meet Jesus Music were auditioning for vocalists and he thought I might fit the bill. This was in November 1978. I didn't sing on either of the albums as they were recorded before I joined but I am singing on the singles. We mainly travelled around England doing concerts on Saturdays in all sorts of places from church halls to a US air base. I was fortunate enough to be in MJM when we headlined at Greenbelt in 1979. Off the back of that we went to do some concerts in The Hague. Being part of MJM has been a very significant part of my development as a singer/performer. I learnt a lot. We worked hard and had a lot of fun travelling to different parts of the country in convoy to perform and share the message of our faith. I hold very fond memories of being part of the band and what we did."

After Meet Jesus Music had run its course Shiobain continued to keep her musical hand in, though in mainstream music. "During the mid to late 80's I dedicated my time to writing, recording and performing with some amazingly talented musicians hoping to establish a career in the music business. In retrospect it is clear that this was not God's plan for my life at that time but the desire to sing, worship and be creative has never gone away."

After marrying and raising a family Shiobain embarked on some academic study which took her to City University for four years to train as a speech and language therapist. She said, "I currently work full time within the NHS in paediatrics working primarily with under fives with complex language and communication needs and feeding difficulties. I believe Life and Spirituality go hand-in-hand; it's a journey and there are new things to see, learn and do every day. I have experienced many different ways of worship and I have finally made my home within the Anglican Church. My husband is a priest and we live and worship in our parish in Perivale where we have been for the past 14 years. Our church community is made up of hard working, big hearted people who have a strong faith and a vision for mission. On a good day there could be 100 of us in church and we're 'growing' in all senses of the word."

Cross Rhythms finished its interview by asking the singer what had led up to the recording of "In Your Love". "I was off work with back problems and Keith phoned me and told me about a melody he had written and asked whether I might have a go at writing some lyrics. He gave me a working title 'Shepherd Love' and I immediately thought of Psalm 23 and wound in the story of the Prodigal son and parts of my personal experiences of loss and God's faithfulness. I was amazed how easily I wrote three verses and the chorus. Keith recorded an instrumental version for his last solo album. Recording came later. Phil Rynhart is a member of the church who I have got to know well. He's a musician from Dublin who has been songwriting and playing all his life. He has set up a studio in the church grounds and is now also producing music for others. Keith, Phil and I have played together in the music group in church and one day we got chatting about recording the song. Once you get in the studio songs get fully scrutinized and evolve and this is exactly what happened in our case. 'In Your Love' is in essence the same song but better. Phil produced the track and his creative input during the recording process was very important. He co-wrote the melody for the bridge and the three of us debated hotly as each component of the track earned its place."

With some live shows planned and hopefully more recording immanent, it looks like Shiobain is getting much deserved time in the spotlight.

I remember MJM from Friendship House in London, when I was a very young lad. Great memories of a gig or two, and somewhere I still have the first LP. God Bless all of MJM, good to know Shiobain is still working, and, now happily married with four children and another due in May, I can confess to having had the tiniest crush at the time!

I have been looking for info about MJM for so long now and found this article and read that you still have the first album...I would SO LOVE a copy...