Sho Baraka: The radical rapper determined to continue The Narrative

Hit-making emcee SHO BARAKA is back with 'The Narrative' album, reports Tony Cummings

Ever since his first solo album 'Turn My Life Up' produced the Cross Rhythms radio hits "Oh My Lord" and "Overrated" in 2007 we've been aware that Sho Baraka is no ordinary hip-hop artist. His flows are fiercely passionate, his tracks are produced by many of hip-hop's finest and the theme of his songs since 2013's chart-topping 'Talented Xth' have shown a righteous anger towards the plight of many African Americans that few Christian rappers have so far been prepared to verbalise. His latest album 'The Narrative', available now on download platforms and physically from 11th November, takes a powerful gospel view at the social and political injustices currently gripping America and the world. With special guest appearances by Lecrae, Vanessa Hill, Jamie Portee, Jackie Hill-Perry and others, 'The Narrative' is already being acclaimed as Baraka's best yet.

Amisho Baraka Lewis was born on 10th January 1979 in Canada but was raised in California, USA. In high school Sho became enamoured with gangsta rap and his friends from his neighbourhood formed a group which began touring with major hip-hop artists. But when the group fizzled out and close friends were killed and others incarcerated due to the gang life they led, Sho enlisted and served in the military before heeding the advice of his older brother and father, both Christians, and decided to pursue education. While attending Tuskagee University Baraka encountered some solid Christians on campus and he had an encounter with the living God. Sho met rappers Lecrae and Tedashii who were part of the pioneering gospel hip-hop collective 116 Clique (pronounced 1-1-6 click). The collective became a veritable training college of talented gospel rappers including Lecrae, Trip Lee, Andy Mineo, Thi'sl, Derek Minor, Tedashii, Canon, Json, Sho Baraka and others and recordings and tours followed. 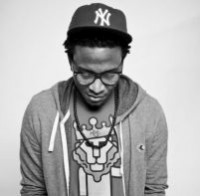 In November 2007 the emergent Reach Records released Sho Baraka's debut album 'Turn My Life Up' was released and three years later the emcee's 'Lions And Liars' came out, reaching number three on the US Gospel chart and 149 on Billboard's Hot 200. Sho then left Reach Records and founded a record label and group, High Society, with rappers JR, Swoope and Suzy Rock. It wasn't until 2013 that Baraka released his most successful album so far, 'Talented Xth'. Speaking to Wade-O-Radio at the time of the album's release Sho said, "Within the last year or so I had a meeting with a professor, a theologian and an African American gentleman who challenged me and kind of saw how I wrote. He challenged me to stop reading, this may sound crazy, so much Christian stuff and said you need to read more sociology if you are really trying to connect with the pain of people and the struggle of people. A lot of these Christian writings don't really do that. I've always loved W E B Du Bios and Frederick Douglass, and I started reading books about them and the struggle of slavery, post-slavery and the African American plight. Then I stumbled upon Du Bois' Talented 10th, the book he wrote, and it spoke exactly to where I am - where you have a group of people who are struggling, who are in pain, whether it be economic, physical or spiritual, but you have people around who have answers, resources, gifts, talents who can help those individuals. And so the whole concept of the album is based off the book, kind of like people who have time, talent and treasure using those gifts to the benefit of other folks. Not just teaching men to be carpenters, but teaching carpenters to be men. It's definitely not going to be the typical Christian hip-hop sound, nor the typical Christian hip-hop content. It's going to be some tough songs on there, in the sense of like language that people don't normally hear on a Christian hip-hop album. Songs like the infamous Jim Crow track. Songs about extended adolescence in hip-hop. Songs about marriage. Songs about money and the greed that is in Corporate America."

Hot topics continue on 'The Narrative'. The Atlanta-based rapper is currently touring the US with fellow Humble Beast rapper Propaganda diving into topics like unity, ethics, race, faith and the political fight. Read a press release, "The hope is to bring these conversations and issues to the forefront and move past the Twitter rants and Facebook debates to a place where people are no longer disillusioned, but inspired and equipped to step back into their communities with fresh eyes, compassion in their hearts, good news on the lips - ready to live as lights in the dark world."

This most gifted of rappers understands the role he has to play in this vision. "Storytelling and narratives are important because they form 'identities'. I wanted to create an album that would tell a story of personal and communal struggles, victories and ambitions from a different vantage point. I wanted to change 'the narrative'."