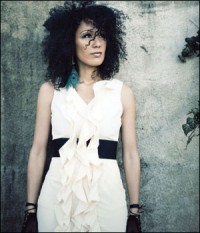 The music of Illinois-based singer/songwriter Shuree has been described as an amalgam of rock, pop and R&B. The release of her mainstream album 'Broken Is Beautiful', recorded with the help of Grammy nominated producer Oh, Hush! (Cee Lo Green, Jeffree Star), is the latest achievement for a singer who has overcome the most traumatic childhood in her hometown of Columbus, Ohio. Shuree Rivera grew up in a broken home where domestic violence and substance abuse were the norm; she lost a 21-year-old sister to an overdose. Shuree told Christianity Today, "Growing up, all four of us [children] faced abuse of all kinds. Our parents would fistfight in our home and out on the street, and drug and alcohol abuse was all around us. We all had to make a choice how we were going to handle our own personal pain."

On her blog, Shuree wrote, "There were many painful abusive situations I faced as a child. I remember when the darkness tried to overtake my existence as a young woman. I remember wishing that I was dead. What stopped me from hurting myself? The Word of God." Said Shuree, "When times got really bad, I would hide in my closet and sing to myself. I would pretend that I was being interviewed by a talk-show host, telling them about my childhood and how I made it through. It was like I was preparing for the day when I got out and could tell my story."

Eventually finding her way to New York, it was while a student at Nyack College that the singer discovered a passion to minister to other young people. "That is where I realised that a lot of young people shared my story and I found a place where I was able to relate to the world." She went on to graduate with a degree in music business in 2001 and began pursuing her dream as a recording artist.

In 2004 Shuree recorded a solo album, 'Author Of My Life', and four years later released 'Christmas Expressions', a collaboration with well known Chicago-based singer Shawn Christopher. But it's her latest album released into the mainstream which powerfully encapsulates the pain and eventual hope the singer found in her early years. She told NewReleaseTuesday, "'Broken Is Beautiful' is inspired by Romans 8:28 and the experiences I have had. It's been amazing to see God pick up the broken pieces of my life and create a beautiful mosaic. I have found that it's easy to go through trials and wonder why God is letting them occur, but I have found that that's the wrong question. Now I ask God how he's going to use my temporary trial for his permanent praise." 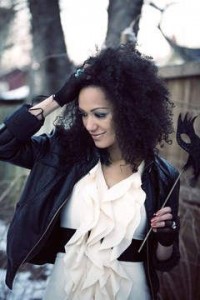 The first single from the project was the powerful "One Girl Can Change The World". Shuree was asked whether she believed this assertion. "There is an undeniable courage that arises when one girl decides to let the broken pieces of her life strengthen her character and believe me when one finds this sacred place, it will propel them to uncharted heights. I believe with the help of the Spirit we can all, whatever ethnicity, male or female, young or old, soar and undertake extraordinary missions that will touch the lives of many. It is my hope this album will empower many to move forward through life with confidence, peace and assurance that YOU are more then a life passing in a sea of souls but a person created with a purpose no matter where you are."

For several years Shuree was one of the singers at the renowned Willow Creek Church. Now, though, she is worship leader at The Compass, Naperville. She explained, "God opened a door at The Compass Naperville and I felt led to be a worship leader there. It has been an amazing church and I am just trying to live open handed with my life and gifts! Shuree Music is a part of that! I do concerts, workshops and parties to try and reach as many people as possible. My role model is Brooke Fraser from Hillsong. She is a worship leader and also has pop music albums."

Shuree is optimistic about the future. She said, "My hope is that in this album, the lyrics will be alternative anthems people can sing when they are feeling down, that will give them hope and courage."