Silent Night: The story behind the most popular of carols

It's a song sung every year in churches from the humblest back street mission hall to the largest cathedral. It's been recorded literally thousands of times with a version by Bing Crosby being the third best-selling single of all time. It's a song that has been translated into over 140 languages. And there is a museum in Salzburg, Austria, named after it. "Silent Night" is the most popular carol of them all and this year Cross Rhythms radio are giving plenty of airplay to the version by Riley Clemmons. So what are its origins?

The song was first performed on Christmas Eve 1818 at St Nicholas parish church in Oberndorf, a village in the Austrian Empire on the Salzach river in present-day Austria. A young priest, Father Joseph Mohr, had come to Oberndorf the year before. He had written the lyrics of the song "Stille Nacht" in 1816 at Mariapfarr, the hometown of his father in the Salzburg Lungau region, where Joseph had worked as a co-adjutor.

The melody was composed by Franz Xaver Gruber, schoolmaster and organist in the nearby village of Arnsdorf. Before Christmas Eve, Mohr brought the words to Gruber and asked him to compose a melody and guitar accompaniment for the Christmas Eve mass, after river flooding had damaged the church organ. It is unknown what inspired Mohr to write the lyrics, or what prompted him to create a new carol.

Mohr wrote six verses, though just three ae usually sung today. Gruber, in a written account from several years later, says that Mohr indeed showed him the text on Christmas Eve 1818, asking if he might be able to set it to music. Gruber got to work, presenting Mohr with his efforts just hours later.

It was popularised by two travelling families of folk singers, the Strassers and the Rainers who included it in their performances in the early 1820s. It was once performed by the Rainers before an audience that included Franz I of Austria and Alexander I of Russia, as well as making the first performance of the song in the US, in New York City in 1839. By the 1840s the song was well known in Lower Saxony and was reported to be a favourite of Frederick William IV of Prussia. During this period, the melody changed slightly to become the version that is commonly played today.

Over the years, because the original manuscript had been lost, Mohr's name was forgotten and although Gruber was known to be the composer, many people assumed the melody was composed by a famous composer, and it was variously attributed to Haydn, Mozart or Beethoven. However, a manuscript was discovered in 1995 in Mohr's handwriting and dated by researchers as c.&#8201;1820. It states that Mohr wrote the words in 1816 when he was assigned to a pilgrim church in Mariapfarr, Austria, and shows that the music was composed by Gruber in 1818. This is the earliest manuscript that exists and the only one in Mohr's handwriting.

Down the years the much-loved carol has been performed in just about every conceivable musical style. Here are Cross Rhythms' suggestions of 10 renditions worth searching out: 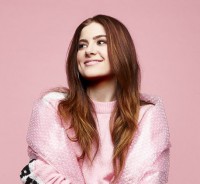 Riley Clemmons, 2018. Recently described as the best singer to come out of Nashville CCM, along with Lauren Daigle, pop singer Riley gives the song a modern interpretation.

House Of Heroes, 2010. From the various artists album ''Tis The Season To Be Gotee'. The hard rock band from Ohio give an aggressive version of the gentle anthem.

Winchester Cathedral Choir, 1998. From the album 'Christmas Celebration'. A superb cathedral choir rendition though the version by the Liverpool Cathedral Choir is almost as good.

Rebecca St James, 1997. From the album 'Christmas'. A cleverly arranged recording from the Australian-born CCM star.

Take 6, 1991. From the album 'He Is Christmas'. A reviewer once claimed that these Adventists "sang like angels." Black acappella music never sounded better.

Sidewalk Prophets, 2013. From the album 'Merry Christmas To You'. The pop team from Atlanta, Georgia, made some subtle changes to the chord progression to keep things fresh.

Kim Walker-Smith, 2014. From the album 'When Christmas Comes'. Cross Rhythms believe Jesus Culture's Kim to have one of the great voices of modern Christian music. Here's a good demonstration.

Everfound, 2014. From the EP 'Resolution: A Christmas EP'. The boy band originally from Pyatigorsk, now based in Denver, with a clever arrangement.

Yancy, 2016. From the EP 'Little Drummer Boy'. The children's music specialist proving that she can do pop and dance music. . . yes, and carols.

Al Green, 1983. From the album 'The Christmas Album'. Once called by Rolling Stone magazine "the best singer of his age," Al presented his take on "Silent Night" on his 18th album.