Song For All Nations: Germany

Continuing our survey of the international development of Christian music, Christoph Buskies reports from Germany. 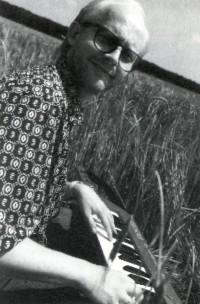 As any European Christian record company executive will tell you, one of the biggest and most established markets for contemporary Christian music is Germany. Like Britain, Germany looks westwards when it comes to Christian music. So the streams of releases from the likes of Michael W Smith, Carman, Petra and hundreds more American acts get distribution and find a niche market among Germany's evangelical churchgoers. But though under financed and underdeveloped, the German CCM scene is today turning out dozens of indigenous Christian music artists in a wide variety of styles as well as becoming a major support base for British CCM artists such as Bryn Haworth, Split Level and the Electrics. In fact the latter two Brits have secured recording contracts with Germany's major Christian record company, Pila Records, a clear indication that Germany's Christian music scene is growing in international confidence. 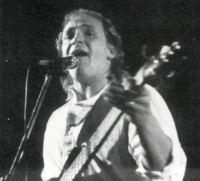 But what of Germany's indigenous artists? Only a few - like veteran jazz pianist Dieter Falk, pioneering rock team Damaris Joy, or pop-gospel singer Cae Gauntt, have so far gained British releases for past albums and none have yet been given opportunity to tour. But from the innovative pop reggae of Heavenbound through to the classy pop of Schulze, there are today many German artists with the talent to attract a major audience. With four other Christian record companies besides Pila, a monthly Christian music magazine and a growing number of venues for Christian music gigs, the time seems set for further growth of German Christian music. But it's been a slow process.

There were Christian music pioneers in West Germany from the 1960s. Singing simple self-composed songs at evangelistic crusades artists such as Siegfried Fietz and popular duo Arno & Andreas built up large followings in West German church circles, recording albums and touring church halls. In 1974 the first contemporary Christian music festival, Christival, took place in and 10,000 young people attended. It might be appropriate to explain here that there are two regions in Germany from where the bulk of Christian musicians stem. One is in Siegerland in Northwest Germany (home of the group Damaris Joy with bass guitarist Helmut Jost), the other being Germany's "Bible belt" - the South near Stuttgart where Dieter Falk and several other accomplished performers come from.

In Germany today there are literally hundreds of amateur and semi-pro Christian soloists and bands in a dizzying variety of styles. The best of these are emerging with albums, which though often recorded for a fraction of the budgets available to America's CCM artists (similar to Britain's scene) have a great deal to offer musically. Among the best of Germany's current crop of Christian artists are the following:

Uwe Lai, the secretary of the YMCA, has been active as a singer/songwriter for eight years. Together with wife Enid and daughter Sarina, he performs children's concerts in parishes and kindergartens. Audience participation is encouraged in the 75-minute programme. His two albums have been released by ABAKUS and are called 'Fur Euch' (For You) and 'Du Bist Spitze!' (You're The Greatest!).

The choir Perspektiven (Perspectives) offer a variety of musical concepts. In the 90-minute programme are gospel titles (White Gospel) as well as modern renditions of Psalms. The strength of this choir lies in the well-chosen choreography. Their latest CD is on Schulte & Gerth and is called, like the programme, 'White Gospel'.

The husband and wife duo Soren And Bettina (Kahl) have been involved with concerts and musical services for a year. Elements from pop and classical music are combined in their songs. Recorders and violins play just as valid a role as the guitar or keyboard. Their CD, simply titled 'Soren & Bettina', was produced by Schulte & Gerth. 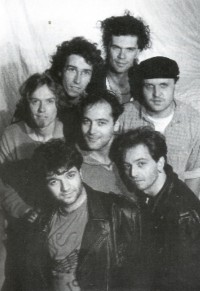 Cheeky and cheerful, religious and relaxed -that's how Fabian Vogt and Martin Schulteiss present themselves in their programme. Their religion-based programme is also refreshingly secular and spontaneous. They have two CDs, 'Einfach Kostlish' (Simply Delightful) and 'Aber Jetzt!' (Let's Get Started!/But Now!).

Schulze are a fine pop team and a favourite of the festivals. The live performance qualities of the band consist of an amazing freshness and relaxed attitude in relating to their audience. They deal with hot current issues in their lyrics, but also give a lot of space to feelings and moods. Songs by Schulze are also played by many radio stations up and down the country.

The group Style, from Kassel, presents itself as a power-pop band. The style is light and relaxed and totally up with the current trends. The texts aim to zero in and outline the lifestyle and attitudes of todays youth. They seek to uphold a Christian lifestyle and to dismantle prejudices. Following their successful debut album 'Unendlich Nah' (Infinitely Close) came two more, produced by Schulte & Gerth: 'Gemischte Gefuhle' (Mixed Feelings) and 'Pures Gold' (Pure Gold).

Heaven Bound, whom you read about in CR25, are a show-stopping reggae band! And even die-hard hard-rockers secretly boogie along when the group from Bochum start playing! The current CD 'Reggae To Your Heart' also comes from Pila.

Beate Ling-Zappel has, since 1991, been one of the most sought-after interpreters of the gospel music scene. She is at home vocally in the whole range of modern pop songs. Besides the musical dimension, though, the textual dimension is also of great importance. Her two CDs, from Schulte & Gerth, are 'Solo' and 'Herztone' (Sounds Of The Heart).