Song For All Nations: The Netherlands 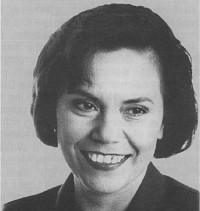 DUTCH GOSPEL
Without a doubt, the Netherlands is one of the leading European countries in contemporary Christian music. Unlike countries such as Sweden and the UK, which both offer national artists with international impact, the Netherlands has a very good infrastructure in which contemporary Christian music can grow. This can be significantly attributed to the national media's attitude towards CCM and, when combined with the curious Dutch mind and the highest percentage of CD-players per household, the Netherlands offers an excellent test market within Europe for top American artists.

This 'scene' has grown slowly but steadily over the years. Breaking ground in the 60s were groups with names like The Messengers and The Lighters. These groups were more like small choirs but appeared modern to their audiences.

In 1969 a man named Leen LaRiviere was part of a group of people who organised the first concerts in the Netherlands by the Continental Singers. These concerts laid the basis for Continental Sound, an organisation that for many years has promoted nationwide concert tours by artists ranging from the Continental Singers and New Hope to Adrian Snell. Continental Sound also organises the annual Christian Artists Seminar, publishes a magazine, manages some artists and in the early 70s started importing their first American releases.

Their current role is less dominant for which there are various reasons. Some of their activities, such as the record company, have been taken over by other organisations, while CS has grown more towards a union for artists in general, not only musicians. This has probably created less of a mass appeal. 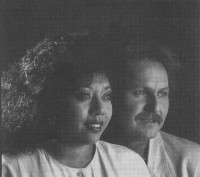 The start of GMI (Gospel Music International, now GMI Music Partners) has been another vital element in the growth of Christian music in the Netherlands. They currently distribute all main American CCM in the Netherlands and have some labels of their own, GMI Music and Spark Music, on which artists as diverse as the Oslo Gospel Choir, Ralph van Manen, Vector, Greg X Volz, Larry Norman and Buddy Greene have had releases.

The Director of GMI Music Partners is Hans Groeneyeld. I asked him how the Dutch music scene differs from the rest of Europe. "The UK is more traditional," said Hans. "Their taste differs from Europe. Michael Card and Don Francisco are considered to be too over the top to be popular in Europe but are big artists in the UK. The Netherlands is more of a test market. The most extreme things can become popular. The Dutch are open to new things, also on a technical level. Take Lisa Bevill for instance, who sold quite well over here. In the UK that may be different. The Dutch have a more progressive and aggressive need, music-wise. They are very curious by nature. They always want the newest records. But they are interested in all kinds of artists."

Groeneveld continued, "The Dutch are far ahead when it comes to infrastructure. We have a good Christian press over here. We even have good coverage on radio and television. But the quality of the Dutch artists is below average so most of our products can't be exported. There are two reasons for this. People are more easily satisfied, in contrast to Sweden and Norway. We spend less in production but more in marketing. Popular artists include Larry Norman, Amy Grant, Darrell Mansfield, Adrian Snell and Dutch artists like Esther Tims and Arjan And Efi Knevel. Also, the Dutch prefer compilations." Over the coming five years GMI Music Partners want to cooperate more with other people to develop Dutch talent. "On the other hand", said Hans, "we want to develop the secular market. Right now we're creating an infrastructure for distribution. The demand for CCM in the secular market is growing. Recently we held a questionnaire among record shop owners which showed that 70 per cent have had enquiries for CCM and 65 per cent would be interested in selling it. So we want to educate people." Youth For Christ has also played a fundamental role. During the 70s and part of the 80s YFC's coffee bars offered an ideal place to play for numerous bands and singers. And with high ideals like evangelism, these bands entertained Christians every weekend. There are few coffee bars left now and their popularity is decreasing.

Another area influenced by Youth For Christ is the annual Christian music festival. Flevo Totaal festival was first organised in 1974 as Kamperland Festival and was similar to Greenbelt. However, Flevo's focus is primarily on contemporary Christian artists. Through the years the popularity of the festival has grown immensely to a point where last year 10,000 people visited the event. 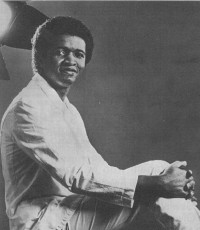 The Dutch media have also played an important part in the development of CCM. The Dutch media system is unique in the world, being coordinated by the State. However the broadcasting time is divided among different broadcasting companies. Every company has members and every organisation represents a part of the Dutch society. In Holland there is an evangelical broadcasting company (EO) and a more liberal Christian one (NCRV).

In 1976 the NCRV started a weekly radio show of contemporary Christian music, called Happy Sound. Later on this programme became known as Gospelrock. Unfortunately this programme disappeared from Dutch radio, although NCRV broadcasts the Flevo Festival on television each year. Initially the evangelical broadcasting company paid scant attention to CCM. Of course in the 70s there was a lot of talk about rock and pop music being of the Devil, which affected an organisation like NCRV.

But down the years, contemporary Christian music has grown in popularity and right now EO is one of the main promoters of CCM. There are three TV channels and five radio stations. One of these radio stations is dedicated to pop music. Since September 1992 EO has had a daily hour-long programme (Monday to Friday) of contemporary Christian music. This programme is called Spoor 7 and is hosted by Evert ten Ham. "Our task and idea behind Spoor 7," said Evert, "is to make a pop programme using gospel pop, which doesn't differ a lot as far as presentation and sound is concerned in comparison with the secular programmes. We try to make it listenable radio to interest an uninterested people. Spoor 7 is not aimed for a Christian audience in the first place. They'll listen anyway. That's why we push certain songs."

In this first year Spoor 7 has been a very good public relations tool for contemporary Christian music. The programme functions as an eye opener for a lot of people who have never been aware of CCM or who have entertained the idea that the quality was simply below standard. Said Evert: "A lot of people respond after the show, which links secular music with CCM. This creates some kind of recognition. People also ask us where they can buy this kind of music." 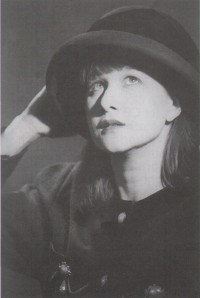 Spoor 7 promotes many concerts organised in the Netherlands. Last year for instance, people called asking for tickets to the Winans Family concert, saying, "I'm not a Christian. Can I go to this concert as well?" Evert continued: "If things like this happen, our programme is effective. We don't have super-testimonies, but it is more than just a radio show."

A couple of months each year EO has a weekly TV show, Highlight, featuring contemporary Christian music and is hosted by Siebren Rijpma. Each programme features one artist and shows him/her in concert and at home and also contains interviews. Commented Siebren: "Through the years we have covered over 40 artists and created some demand and knowledge outside the in-crowd. Through Highlight we have been able to organise a lot of concerts in the Netherlands where we've filmed for the show." The lona video, which was released over a year ago, is one example of a Highlight programme.