Sonnie Badu: African worship leader and "battle axe in the hands of God" 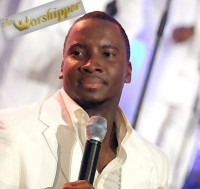 Sonnie Badu is arguably one of the most successful purveyors of African-tinged worship music working today. As a teenager he experienced God's healing from a life-threatening virus to become a well respected singer, songwriter, producer and author. In 2009 he won three awards at the Gospel Music Awards Italy for Best Gospel Artist In Europe, Best Worship Artist Of The Year and Best Worship Song for his hit single "Covenant Keeping God". In the same year he was also named Best Gospel Male at the British Gospel Music Awards. Sonnie will be taking to the stage at this year's Oraclez Gospel Festival & Awards Ceremony at Wembley Arena on the 31st May alongside the likes of BeBe And CeCe Winans and Faith Evans. Cross Rhythms' Jon Bellamy recently spoke to Sonnie and asked him how it felt to be appearing on such a bill. "For me it's an honour to be there. It's a true honour to represent Africa. You're going to have the best of the West and the best of the African continent as well. You can't afford to miss that night, I'll be there with my whole band. It's going to be awesome!"

Badu was born in the UK but was raised in Accra, Ghana under the strict supervision of his father, a prominent preacher in the town. Sonnie was the only boy in a family of five sisters and he recounts how his father would wake the children up with a cane for church every Sunday. Although Sonnie had always sung in church his real passion was for football and he dreamt of international success. The turning point in his life came when he was struck down by a life-threatening virus at the age of 18. "I was in secondary school when I became seriously ill," explained the singer. "That virus could have killed me; the doctor literally said I had four hours to live. Then God said, 'Sonnie, I need you this time'. God had to do something to get me back to him. So there, on my hospital bed, I went into a kind of covenant with God. I said 'spare my life and I will just do whatever you want me to do'. God turned me around for him and it's been an honour being used as a battle axe in the hands of God."

Sonnie's journey brought him back to the UK 10 years ago where he became a professional worship leader, releasing his debut album 'Lost In His Glory' in December 2007. In March 2008 Sonnie "The Worshipper" Badu, as he was now known, organised a charity concert to raise awareness and aid for those affected by recent violence in Kenya. A DVD of the event, 'Africa Worships With Sonnie Badu' was released soon after. Sonnie's first book The Worshipper's Cry was launched the same year and was closely followed by How To Activate Your Miracles, a book that offers "engaging practical steps that line you up for a miracle during worship". "Miracles have always followed my ministry," said Badu. "In fact, when they don't happen I ask God what's going on!"

Does Sonnie think that people in Africa experience more evidence of God in their lives in terms of miracles? "Most definitely! When evangelists go to Africa they see more miracles then they do here [in the UK] because in Africa the only person they can rely on is God so their soul, their spirit, and their body is truly in tune with God. That is why they see God move miraculously over there. I mean, say if someone is sick and they can't afford to go to hospital and pay the bill they're going to have to pray to God and that's when miracles, tangible miracles, happen." 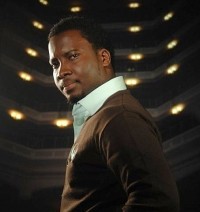 In the West have we perhaps been slow to appreciate the spiritual revival that has been happening in large parts of Africa. Is it easier to communicate spiritual things in Africa than here in the UK? "In Africa it is very, very easy. The reason is that a lot of people go through pain and suffering and so they tend to seek and find God because they realise that God is the only person that can really help them. So, when they're praying or praising and worshipping it's real. I've met a lot of American artists in Africa and they saw how Africans worship and they were like, 'Yes, this is real' because when someone is saying you're alpha and omega in Africa they really mean you're alpha and omega because they know they might not get their next meal to eat until they worship."

In 1999 Badu formed Thy Dwelling Place, a charity whose aim is reach out to the homeless children of Ghana. "I was on tour in Ghana and went to visit an orphanage. There were kids there who didn't have anything to eat, they couldn't fend for themselves and basically, I've always had the heart for the children, the poor and the needy. We go to remote African places and build orphanages for them, help them to go to school, sponsor the children. At the moment I have over 25 children that I sponsor. For me that is a joy, an absolute joy for me."

What can those in attendance at this year's Oraclez Festival expect from Sonnie's performance? "Every African country has a different sound or dialect and I've had the privilege to travel all over Africa so I have the best of both worlds where I know how to blend the African sound and the American sound and fuse it together. So it's pretty different but it's really inspiring. At Oraclez I'll be fusing some African tunes and some Western tunes together. I don't wanna give too much away, but it's gonna be awesome. The crowd are going to be on fire!"

may God bless u Sonnie, because I feel some in my spirit when I hear your voice even if am worried. I there God should annoint you more. He lift you from zero to hero, from nowhere to some where and from one to infinity. THANK YOU!!!

Maybe God pour on you all of his blessing so that you may come out with more incredible praises... Love you BADU .. GOD BLESS YOU .

I love your songs and you are my mentor thank you sir.

All these pastors never impress me, but Sonnie Badu blew me away. Incredible!!!

sonnie God bless u and your ministry........ pls I have a question for you? How old are you sir?

It would be a privilege to back up for Mr. Badu

Sonny continue to prosper in the Lord.

I thnk da almighty GOD for sonnie's life...:.by da way what secondary school did he attend in ghana

Sonnie u r truely a man of God. I feel ur love for God.

God bless you in everything you do