Tony Cummings reports on critically acclaimed rapper SOUL P, his bleak past and his potential-packed future 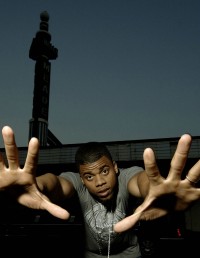 We live in confusing times. Politicians, parents and the media are now making increasingly anguished statements about the drugs, knives and guns culture that is blighting our inner cities while at the same time we have multi-national companies pumping out endless gangsta rap albums where the violence and dope lives of the 'hood are glamourised. Into such a firmament of contradictions comes Soul P, an emcee straight out of Portland who knows firsthand where the mean streets lead but who is today a living, breathing example of how the most off-base life can be transformed by the grace of God. Today Soul P is a critically acclaimed rapper whose latest album 'King's Empire' is currently receiving plaudits from non-Christian as well as Christian hip-hop aficionados.

Soul P has come a long, long way. When he was three years old his mother went to prison and the toddler went to live with his foster father in the notorious Yesler Terrace neighbourhood in Seattle, Washington. Soul P's childhood years were extremely tough and produced a seemingly endless cycle of struggles. He started smoking marijuana when he was 11 and selling it to make extra money. This progressed to selling crack, which was rife in the area at the time. His drug habits led to him being kicked out of school. He became rebellious and started taking it out on the neighbourhood and getting into fights with his friends. When he was 13 Soul P ran away from home - after his foster father's right-hand-man beat him up "real bad" - and he began stealing drugs and money. One of these robberies led to him being arrested when he was 14 and sent to jail for seven and a half months.

When he got out, now 15 years old, Soul P got on a bus to Portland, Oregon, where his mother, who was out of jail, was living. Soul thought if he got away from Seattle he wouldn't get back into drugs and breaking the law. But his mother was living in the drug and gang infested northeast Portland. He got shot while hanging out on a street corner in one of the many drive-by shootings in the area when he was 16 and was regularly in and out of jail. "I still didn't learn," he said. "I was still packing drugs. The whole nine." The next year he got caught with drugs and was sent to a group home for five and a half months.

The 17 year old Soul P was only out for a month before he got caught again and was given a seven year sentence. Fortunately, due to good behaviour and because his crime was not a serious offence, he was sent to Oregon Youth Authority for four months after one month in jail, and then to Oregon Juvenile Boot Camp for four months. In November 1998, two days after getting out of boot camp, Soul P's mother took him to church.

"I was surprised to discover that there was rapping in the church," he says. It was the rap that kept him coming back and eventually getting involved. "It was tough when I became a believer. It was tough because there were still things I wanted to do. However, in the end, faith was more rewarding when I won those battles with the strength of Christ. My spiritual journey has been a constant uprising, but everything became so much better when I understood God's grace and mercy."

By 2004 Soul Plasma - the emcee's original moniker - was making waves on the hip-hop underground. 'Simply Soul' was good and the follow up, 'The Soul Affect', even better. One song, "Racial Profile", courageously examined the word "nigga" and the self-defeating attitude that accompanied it while another track, "Survive", acknowledged that life on the streets is harsh but could be overcome ("Blues follow the sirens/Burden of the ghetto/Brother lay dead in the streets/I couldn't let go/Eyes full of flames that reign mortal sorrow/Systematic pollution destroying our tomorrow/The struggle continues/Remembering what we been through/What is you?/Understanding self is essential/The power to speak in freedom/Moving through logic/Through preparations/Teaching our seeds what's solid"). 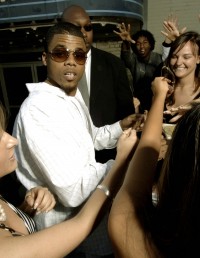 With such impressive CDs it was only a matter of time before the Christian record labels came calling. In the summer of 2005 Soul P took the opportunity to open DJ Morphiziz's second mixtape, working with producer Todd Collins to serve up a street banger, "5 Fingers". He continued to build a close relationship with Beatmart Recordings and Collins over the following months, which culminated with Soul P joining the Beatmart roster. "We signed Soul P because he created so much of a national buzz," explained Todd Collins. "After investigating his music, voice, personality and attitude, we felt that he would be a perfect fit for the Beatmart roster. He's a very athletic, competitive guy who happens to be a musician on fire for God and that's the type of artist I'm most attracted to as a producer. Soul P fits and meets every intangible that Beatmart is looking for in an artist."

"Todd and I made a real connection," said Soul P. "A real musical connection. He honestly believes in me. I've been through the struggle; I've had people talking behind my back. But with Beatmart I felt as though someone was looking out for me and I appreciate that. Beatmart is the future of urban music. When Todd called, it felt like Dre got at me."

With his moniker trimmed to Soul P the rapper's Beatmart Recordings debut 'The Premiere' was an exceptional album. Produced by Collins, the project is packed with inventive rhythms, delicious backing vocals (Lisa Kimmey of Out Of Eden fame sang on a couple of tracks) and lyrics which ooze streets authenticity. Said Soul P on the album's release, "Christ is the main message that I want to get across. I'm here to give a message of hope to those like me who've dealt with their own struggles." And for those who haven't and, to quote a lyric from the Cross Rhythms turntable hit "Hear My Cry", are still "smokin' 'erb like Geronimo," there's an unflinching message of redemption.

Now Soul P's new album seems certain to cement his reputation as one of Christendom's best rappers. 'King's Empire' tells the story of how we're in God's empire but as in any kingdom there are flaws which are down to the people within it rather than the ruler of it. Said Soul P, "God is the King and there's flaws in my life and I want to address those but at the end of the day I'm okay and that's how I wanted to make this record." The release sees the Beatmart artist dealing with "male and female sexual issues" which are expressed in a few of the songs. Confronting his critics he said, "Christians might not agree with the way I explain them but it's just a record, I'm just being honest."

Soul P also has some interesting views about the bling obsessions of most mainstream rappers. "I don't think there's anything wrong with the bling like there's nothing wrong with having money but you've got to understand where has it come from, why do you have it and that God is God and not any of that. I don't think there's anything wrong in having a nice pair of shoes but it's a nice pair of shoes. So it's more about, I think, our priorities as people."

So why, Soul P was asked, is the Church still implacably opposed to most aspects of hip-hop culture? Responded the emcee, "It possibly could be a racist thing - if it's the only image church leaders see on the TV then they see a young dude come in and he's rapping it and that's the image." The hip-hop lifestyle doesn't worry the rapper who shows off his Baz Luhrmann style wisdom. "You've got some rappers who wear diamonds some who don't, you've got some rappers who cuss, some who don't just like you've got some preachers who steal, some who don't, some preachers who preach their own personal message and do it for their own personal gain and some who do it for God's gain."

Soul P's battle plan is two fold. First, hit the Church. Said the rapper, "I hope that the Christian market will open up their eyes to hip-hop. There is a huge need to receive it and look at it as the big influence in the world that it is. Hip-hop is something that is really valuable and I just want to help change the idea of how it should be done. Todd and I are here to make hot, hot, hot music. I want the world to know that you can't put Christian hip-hop in one little box. Second, you've got to reach the streets and speak to the brother chillin' on the corner. We're going to make club joints while letting people know that I'm a gospel artist. We want the general market to see a gospel artist who's not wack, someone they can relate to what is being said on the stage in the music. It's about real life music, music that God is in. No playing, we're going to knock out some club bangers that are really gonna slap 'em."

I think i may just go out and get ths album...I like a bit of hip hop/MC'y stuff every now and then, it makes me buzz. Gospel gangstaz and all that jazz...The last album i bought was "Raw servant", "In rare form" this album really has some very funky stuff onit, i might even go out and buy it again :) Cool...great tesstimony wouldnt mind hearing more about this guy.
Cheers and take care.