Soul'd Out Quartet: The return of the Southern gospel harmonisers 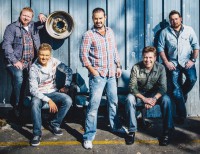 Soul'd Out Quartet from Georgetown, Ohio, are one of hundreds of Southern gospel bands currently touring the USA and are undoubtedly one of the most popular. The group's latest release is the single "The Return" from their upcoming album 'Run To The Light'. Soul'd Out Quartet - Matt Rankin (baritone), Dusty Barrett (tenor), Jason McAtee (lead) and Ian Owens (bass) - who have been ministering hard since 2001, spoke to SGN Scoops Digital about their new song. The group's leader and founder Matt Rankin said, "'The Return' has such a powerful message about Christ's return and the fact that we need to work to win the lost." He admitted that he felt "blessed to have written this song."

Also in 2012 the group released the 'What The World Doesn't Know' album. Bryan Hutson spoke about it to SGM radio. "My favourite song is 'Thank You Lord' not because it features me, but because we so many times get caught up in asking God for this and that, that we fail to thank him for what he's already done." Hutson also explained that the audience's favourite song from 'What The World Doesn't Know' is "Worthy The Lamb Is He" as "it is a song of praise to God and people are moved when we are all praising God."

In 2013, 'Soulace 2' was released followed by 'Soulace 3' (2014), 'Re-Soul'd Vol 3' (2014) and 'Great Life' (2014). When asked what the group thought the take home message of the 'Great Life' album was that they wanted listeners to grasp, Soul'd Out Quartet told Hallels,"We want our listeners to know that Jesus is the answer to life's questions and we believe that when we answer life's questions with Jesus, it's a 'great life'." This particular album is one that was fully written by the founder Matt Rankin because the band "want to not only sing great songs but songs that have a personal touch; something straight from the heart.'' They also told Hallels that their first single "Hey Everybody" from the album "has an 'old time spiritual' feel to it with a modern twist. It features our bass singer Ian Owens. This song says, 'Hey everybody, are you going to Heaven with me?' We were singing in WV a couple of years ago. This mentally handicapped young man stood up and said (loud enough for everyone to hear) 'Hey everybody! Are you going to Heaven with me?''' 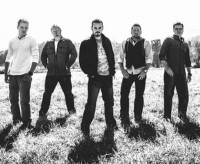 Those outside of the USA sometimes have difficulty grasping just how all-encompassing Southern gospel culture can be for those raised in it. This is reflected in an interview with Ian Owens, the bass singer with Soul'd Out Quartet, given to Southern Gospel Spotlight. "I was raised around Southern gospel music. I was born and raised in Jackson, and my family was all very musical and involved in local Southern gospel one way or another. It was part of my life. I didn't sing, though. I played instruments. I played bass guitar for my dad's local quartet and I went to college to major in classical brass. I thought I was going to be a band director. Skipping ahead, I ended up singing bass later for a local group called The Revelations. We opened for The Cumberland Quartet (formerly The Cumberland Boys) one night in Magee, at a venue called the South Fork Fish House. They had just lost their bass singer and were looking for a replacement. I auditioned that night along with my friend, Michael Means. Michael got the job, but when he left about a year later, they called me and hired me. I spent the next two years singing bass on park at Silver Dollar City in Branson where I met my beautiful wife of 12 years, Megan Owens. . . My favourite Scripture verse is Jeremiah 29:11. I love that even though I may not know what's going on, [God] does and he is always working things to my good. His plans are always better for me than the things I plan for myself."

The opinions expressed in this article are not necessarily those held by Cross Rhythms. Any expressed views were accurate at the time of publishing but may or may not reflect the views of the individuals concerned at a later date.
About Amber Clarkson

Amber Clarkson is a student at Newcastle College and enjoys gardening.