As any regular reader/listener of Cross Rhythms will know, we have long opposed the secular/sacred divide which blights the thinking and actions of many in the music world. Art needs no justification and those who would insist that Christians' involvement in music is only valid when carrying out designated ministry roles like worship, evangelism or encouragement of believers flies in the face of the fact that not every musician is called to be a musical evangelist, a worship leader or some other church-approved type of ministry. But then neither do we take up the neo-liberal position which tries to pretend that there are no ministry dimensions in music and insist that only playing music in the "real world" (ie, the non-Christian scene) has creative validity. We believe that whether music is directed at churchgoers or anybody at all, it deserves evaluation as good or bad art. Having said that, we believe that the nature of the new birth means that even if a musician is pursuing a mainstream audience some aspect of a Christian world view will, or should, be reflected in some of his or her work.

Now how all this works out in what music Cross Rhythms does and does not cover on our website and radio stations can be pretty problematic. There have been instances in the past of artists who, usually early in their career, profess to being Christians yet whose lifestyle, at least the parts of it open to the media spotlight, came to suggest the contrary. That can lead Cross Rhythms into the very uncomfortable position of feeling like we're some strange form of spiritual policemen. After all, we have no access to the Lamb's Book Of Life and sometimes we simply have to confess we don't know whether or not a mainstream artist's profession of faith is genuine. No area of music is more fraught with such theological complexities as African American soul music.

When I first became a journalist in the '60s, my passion was the emerging soul music which was evolving from '50s rhythm and blues. At the age of 16 I started a fanzine and began to interview my musical heroes. I quickly discovered that these early soul singers, in response to my questions, gave almost an identical answer to my question, "How did you first get involved in music?" Church and gospel music was the stock answer for the hundreds of soul singers I interviewed in this era. As time went on I began to find that there were two main variants of soul music which were flooding into the marketplace, once the colour bar to the white audience was smashed in the '60s. There was uptown soul from places like Detroit, Philadelphia and New York with its sophisticated, pop arrangements. And there was Southern soul where from its creative epicentres such as Memphis, Nashville and Muscle Shoals created a grittier, deeper form of soul music.

Both forms of course found a big, international audience though my tastes veered towards soul emanating from the Southern States as I absorbed the recordings of Otis Redding, Wilson Pickett, Aretha Franklin, Sam & Dave, James Carr and hundreds more of these soul pioneers. In his fine book Say It One Time For The Broken Hearted author Barney Hoskyns lucidly documented the nature of Southern soul's genesis where singers, almost exclusively with church-going, gospel-singing backgrounds, linked up with studios, white producers, session musicians and songwriters who brought into the creative melting pot the melodrama and pathos of country music. 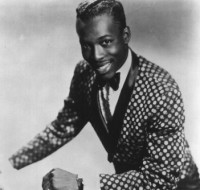 Southern soul was, for a season, up there as best selling pop music. And when tastes changed in the '70s and it no longer produced huge pop hits it left behind a legion of nostalgic fans. Today you'll find box sets like 'Southern Soul: 66 Rhythm & Blues Classics', 'Take Me To The River: A Southern Soul Story 1961-1977' and the award winning Dave Godin compilations keeping the flame alive as the emotion-drenched works of Percy Sledge, Denise LaSalle, Bobby Womack, Laura Lee, Joe Tex and dozens more are listened to and revered.

But what of the spiritual implications of the '60s soul era? And, more specifically, how much attention should Cross Rhythms give to Southern soul's golden age? The subsequent history of '60s soul stars leaves a confusing picture. Some singers, like Joe Simon, Oscar Toney Jr and Garnet Mimms, returned to the Church to record exclusively gospel music once they'd left soul music. Others, like James Carr and Wilson Pickett, took the broad road to drug abuse and hardcore womanising. And a third group, like Aretha Franklin and Bobby Womack, seemed to run hot and cold, one moment singing songs of devotion to Jesus, the next showing glimpses of a lifestyle far from the standards of biblical Christianity.

According to his widow Zelma Redding, Otis was a man of faith and prayer. Maybe he was. But decades on it's all but impossible to guage whether Cross Rhythms should regard him in the same light as a U2 or a Johnny Cash, as a Christian working in the mainstream.

Long before I was a believer, I would interview soul singers and be puzzled by the contradictions that even a non-Christian like I could identify. I remember one R&B star doing numerous lines of cocaine before going off to sing at a church in a local gospel celebration. 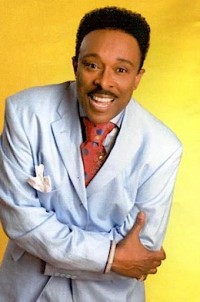 The gospel music giant Jessy Dixon tells in interviews how he was a professional gospel singer for years before he got converted. And however shocking that might seem, the fact must be faced that there are many soul singers who effectively used local churches as a kind of singing training college yet remained unaffected by the message of the cross. Instead, it seems that large numbers of such singers, recognising that the pioneering gospel professionals like the Swan Silvertones and Marion Williams could hardly scrape a living, made a sensible career decision and sang about love, sex and having your heart broken rather than renewed.

To end where I started, Cross Rhythms opposes the secular/sacred divide and will, from time to time, include in its coverage a mainstream Southern soul album by a Jimmy Hughes or an Aretha Franklin. And Otis Redding? Now that's a tough one.

Hey Tony,
Grace and favors. I am Joe "Country," Previously known as Country Joe. I was born in the Caribbean on an island called Grenada which was rescued from the communist by the United States. I was nearly arrested several times by the socialist government for singing and dressing as a cowboy. I really like the way in which you was able to draw a line of distinction between a professional gospel singer who learned to sing in the church and a gospel singer who is anointed to minister in song. I wish many singers will get to know these distinctions. I have been a doing country gospel in the Caribbean, Canada and here in the US for over 30 years. I am the first to take country music on Show Time at The Apollo in Harlem and I also appeared on The Jimmy Kimmel Live Show in Hollywood Ca. I am the author of a book called: Come On, Stupid, "Love Yourself!"and have recorded some cross rhythms of country and reggae gospel albums. I have plans to be back in the studio early next year to do a gospel album. May God richly bless you. Great writer.
Joe "Country" Greenidge.