The frontman for one of the world's top prog rock bands, SPOCK'S BEARD, is now a Christian. Steve Best spoke to the band's Neal Morse. 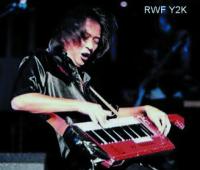 What do you think of when you hear the term "progressive rock"? Perhaps it's an altogether alien concept, maybe it conjures up visions of Rick Wakeman in voluminous white cape (they were all the rage in the early '70s, you know), with seven keyboards balanced precariously on top of each other and all around him - no dashing off for a quick loo break for him; maybe it's interminable soloing, weird Tolkein-esque and unfathomable lyrics, hour-long songs with pretentious titles; maybe it's Keith Emerson of Emerson Lake And Palmer sticking knives into his Hammond organ. Maybe it's all of the above, and to be fair, that would be accurate. Nowadays, things are a little different. The capes are gone, the lyrics are somewhat more concise, but the passion is still there. Oh yes, and there are hundreds of quality bands around.

Chief among them is the strangely named Spock's Beard. Put together by songwriter, producer and guitarist Neal Morse, this US outfit has just released their sixth studio album, a double package entitled 'Snow'. Formed in the mid-'90s, their debut 'The Light' hit the streets in '95, followed a year later by 'Beware Of Darkness' and in '97 by the classic 'The Kindness Of Strangers'. Several independently released live albums came and went before fourth studio album 'Day For Night' in 1999, and the self explanatory 'V' in 2000. Since discovering God a couple of years ago, however, Morse has found references to his new-found faith creeping slowly into his lyrics. Now he feels it's time to come out of the closet.

It's clear from speaking to Neal that what has happened in his life two years or so ago is for real. "For me, I didn't have one big 'Wazoo!' experience," he explained, talking about the process that led to him becoming a Christian. "It was a very gradual climb. I've had little milestones. One of them was that my daughter Jada was healed. She was born four years ago with a hole in her heart that was so big that they were going to have to do open heart surgery on her. When the Lord does something like that for your little girl it changes your heart and you want to start doing things for him. I feel like that was a response to prayer. It made a big impact on me and I started going to church more. I was and still am very, very grateful to God and thanking him every day for that."

Neal's wife had first introduced him to his local church, some years ago, and he has nothing but praise for their approach to his lifestyle. "Thank God that nobody in my church ever gave me a hard time about anything I was doing," he said. "They just gave me love. When people are new in the Lord and just starting to discover what he is about, they're like newborn babies and can easily be caught and chased off, and I'm just grateful for the patience people have shown." 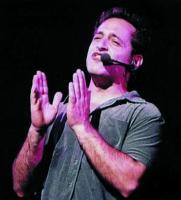 Being the only Christian in a secular band can't be easy, so how, I wondered, did the rest of the band - including Neal's brother, lead guitarist Alan, react to the changes in him and his lyrics as God became a bigger and bigger part of his life? "I was wondering what would happen," said Neal. "It's almost like somebody on TV in the '60s trying to slip stuff past the censors! Nobody said anything, but I started to really come out towards the end of the album, because I was getting tired of veiling my faith like on previous Spock's records, where I was really talking about God. So I felt the Lord tugging on me saying, 'Come on! Go ahead! Be bolder!' and even today I feel like he's working on me. Anyway, the band were a little bit funny about it at first - they didn't want me getting weird on them and trying to convert them, so I've tried to be really sensitive to that."
Although his faith is at an early stage, Neal says that he finds it easy to talk to others about God. "I enjoy it," he enthused, "because I feel a lot of times I don't get a chance in the interviews that I do to really express these things which, to me, are really exciting. The whole idea that God Almighty, the creator of the universe, flung out the stars with his hands! When you can grasp the magnitude of God, that he would take an interest in 'little old you', that he's trying to create something out of my life that would please him - I never considered that, so I get excited when I think about pleasing God."

Spock's Beard's new album, a double, entitled 'Snow', was released at the end of August. "It's the story of an albino guy (the titular Snow), who's born with some special gifts and who feels that he has a calling. He forms an organisation, goes to New York and starts saving people. Then on the second disc he has a downfall. His ego attacks him and his friends lift him up at the end and bring him back to God. As a writer and composer, you write what's on your heart and in your mind and since I've become a Christian, what comes out of my mouth is songs about salvation."

When it comes to the future, Neal isn't sure, though he feels it is right to stay in the secular scene. "I'll let the Lord lead that," he declared. "It's all about what he wants, as far as I'm concerned. If anything's going to happen for me in Christian music, the Lord's going to be the one to make that happen. I don't have any idea where I'm going, but it's a good feeling when you know God's with you. What I want for my life more than anything is to feel like I'm doing God's will for me, no matter what it is - whether it's cleaning toilets or playing for massive amounts of people. You have to trust God that he knows and wants the best for you because he loves you."