Stuart Garrard: Stewarding a multi-artist CD, book and film in The Beatitudes Project 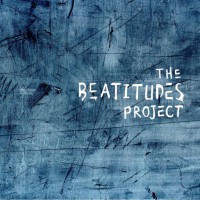 There can be few worshippers in the British Church who wouldn't recognise the name, or at least the scintillating guitar work, of Stuart Garrard. His playing with modern worship pioneers Delirious? has helped lay down the stylistic template of much modern worship while some of his songs are sung in churches around the world. After Stu G's relocation to the USA the singer, songwriter and author has continued to be one of Christendom's most admired musicians, being a co-founding member of One Sonic Society and adding his sonic paint to recordings by Casting Crowns, Chris Tomlin, All Sons & Daughters, Amy Grant and many others.

However, it is Garrard's latest project, the multi-artist CD 'Beatitudes', which could well prove to be the most significant so far. With a glittering array of artists including Michael W Smith, Hillsong United, Matt Maher, All Sons & Daughters, Amanda Cook, Propaganda, The Brilliance, Amy Grant, John Mark McMillan and Delirious?' former frontman Martin Smith on the album released on Stugiology Music on 21st April, things seem set for a huge impact on the world Church.

Available now for immediate download with each pre-order of the album from iTunes are "Morning Light" by Stu and six-time Grammy Award winning and Platinum-selling recording artist Amy Grant and "Heaven Is Around Us" by Garrard and acclaimed singer/songwriter John Mark McMillan. Their songs and the 'Beatitudes' album is part of The Beatitudes Project which is also a book, Words From The Hill: An Invitation To The Unexpected published by NavPress in April, and a documentary film, View From The Hill, currently in production. The overall project is described as "a reset button in a world plagued with violence and division."

Garrard and McMillan's "Heaven Is Around Us" was inspired by the plight of what the Bible's Beatitudes describe as "the meek" - the marginalized, the displaced and people Garrard describes as "those we see as the other." A lyric video of the song can be seen/heard now on YouTube. Remembered McMillan, "When Stu approached me about The Beatitudes Project I was stoked. The song started to form about the meek and this idea that the things that are blessed are not always what we think are blessed. . . I think Jesus is speaking to the idea that what we consider successful and what he considers successful are not the same thing."

Garrard has spent 15 years excavating what he calls "blessings at the bottom of life" and authoring the upcoming book, Words From The Hill. He said, "These upside-down Jesus announcements on a hillside by the Sea of Galilee in Matthew 5 where Jews, Greeks, Romans and people of all ethnicities were gathered are a reminder that there is another way."

Stories of the meek are featured in chapter three of the book, Meek: When Presence Is Ignored, and includes those of Tangie Lane, a young African American, married mother of two daughters working for racial equality, and Charles Robinson, a member of the Choctaw tribe of Oklahoma who started The Red Road, a non-profit entity that helps other organisations connect to Native Americans and educates people on the lives of Native Americans. "Hundreds of years of oppression, marginalisation, being used, being ignored and not having a voice is what being meek looks like for many Native Americans and African Americans," writes Garrard. "The Beatitudes announce that these people matter - their culture, their history, their centuries of pain matter." The Meek chapter also shares the story of Riyad Al-Kasem, a member of the Islamic Center of Nashville who became "the other" post 911, and Fady Al-Hagal, an immigrant from Syria and World Relief employee who is working to help settle refugees in Nashville.

"In Syria alone, 22 million people have been uprooted and displaced by the war. Over 300,000 have been killed," writes Garrard as these numbers continue to climb. The UNHCR's latest figures reveal the crisis as families are escaping across borders, fleeing the bombs and bullets that have devastated their homes.

Two additional songs on the 'Beatitudes' album inspired by these stories of meekness are "I Will Be Your Home" by Garrard and singer, songwriter and daughter of a Syrian refugee Audrey Assad, and "Let My Dreams Fly" by Garrard and former America Idol contestant Terrian Bass.