Tasha Layton: The Nashville-based singer with the "Love Lifting Me" radio hit

Tony Cummings reports on TASHA LAYTON who, after four years and BVs for Katy Perry, is now enjoying a Christian radio hit 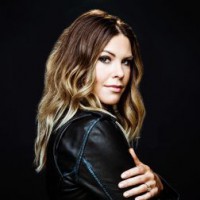 Number four in the Cross Rhythms Top Ten as you read this is the single "Love Lifting Me" by a singer/songwriter from South Carolina, Tasha Layton. Tasha is no wet-behind-the-ears newcomer, but a singer who has been on the road with pop star Katy Perry and worked as an in-demand session singer in Los Angeles.

Tasha has vivid memories of growing up in a Christian home in a small town in South Carolina. She chuckled, "We had one flashing light and a volunteer fire department." Church-raised, Tasha's passion for God was ignited in her teens and she began leading worship for her youth group. Unfortunately, the church she was attending experienced a painful split, which left an undeniable imprint on the impressionable teen. By the time she entered college, she was carrying a heart full of wounds inflicted by an unhealthy church family and a head full of lies about her self-worth and musical gifts.

Hurt, confused and insecure, she eventually left church altogether and as a college student, she became severely depressed and, at her lowest point, suicidal. Realisng she needed help, she changed her major from music to religion. "I was searching and had grown up conservative, so I just wanted to know about other religions," she explained. "I went to Buddhist meditation camp. I went to mosque. I went to synagogue. I studied mysticism in Europe. . . I wanted to know what the truth was because I needed help. I needed something to grasp that was real, that was going to help me change."

Through all of her exploration and research, Tasha rediscovered the Jesus of her youth. "In all those other religions, I realised that you had to strive to pursue God; whereas in Christianity, he's chasing after us. He's in hot pursuit of us," she maintained. "I realised in all these things I had experienced, Jesus - not all these other religions - was the only one who had the power to transform me."

From there, she decided to start attending a church that was more than an hour away, where no one knew her. "I didn't feel anything for a whole year and a half. I just forced myself to go because I thought, 'You know, faith is a decision, and at some point, it's going to stick,'" Tasha recalled. "It was a small, loving church and that's what I needed. After all the hurt I had experienced in church, I needed to experience God's love. . . I realised that whole year and a half that they'd been loving me, they'd been loving me back to God and back to my calling." 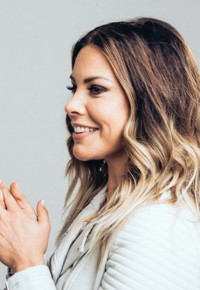 With a renewed faith and sense of purpose, Tasha enrolled at King's Seminary in California, packed her bags and headed to the West Coast. "My mom always said, 'You can't steer a car that's not moving,' and so I thought, 'I can at least get moving.' Within a few weeks, I had a bed; I had furniture; I had a car; I had a job. Everything that I needed was provided for, and those three years of seminary changed my life," she said, adding, "Seminary's not just about what you're learning; it's about how you're transforming and who God's shaping you to be during that time."

Finding her voice again, she began to lead worship at a church in LA, which then eventually led her to work as an in-demand session singer and appear on Season 9 of American Idol, reaching the top 60. Soon after Idol, Layton was chosen to be one of Katy Perry's backup singers, a job she was grateful to do for four years while circling the globe. Finally, though, Tasha felt drawn to relocate again, this time to the epi-centre of the Christian music world - Nashville, Tennessee. She said, "Like a lot of artists, I wanted to know I had something to offer in a city so concentrated with gifted people. I was nervous but I felt a new confidence to say, 'God truly loves me, and I can step out and do whatever he's called me to do because it's not about comparison - comparison crushes creativity.'" She began teaching at the National Praise and Worship Institute at Trevecca University and co-writing with some of Nashville's finest, and she also met and married Grammy and GMA Dove Award-winning musician and producer, Keith Everette Smith.

Looking back, Tasha is grateful for the people she's met, the places she's experienced and the lessons she's learned. "If I have any regrets, it was caring too much about what people thought of me, wanting to please everybody and being afraid - afraid of failure, afraid of success, afraid of my own humanity," she candidly shared. "Being a Christian, I am supposed to be a light, and being a light means being my true self."

Embarking on a solo career, she's looking forward to the future and carving out her own path as a singer, songwriter and speaker, using her God-given talents to serve and encourage others. "My whole creative journey, I've felt so bound from fear. . . but God says to Joshua, 'Be bold and courageous, because I'll never leave you, I'll never forsake you,'" she said. "And I feel like that's what he's been telling me throughout this whole journey - 'be bold and courageous'-because he's going to meet me there."

In 2018, Tasha was signed to Seattle's BEC Recordings, the thriving label whose roster includes 7eventh Time Down, David Dunn, London Gatch and River Valley Worship. A single, "I Belong To You", was released from Tasha's upcoming EP, 'Love Running Wild'. But it is a second track from the project, "Love Lifting Me", which is currently connecting with Cross Rhythms' radio listeners. Speaking about the song Tasha said, "The song came on a day when I was feeling discouraged. I had been singing the pre-chorus, 'saying no to my downcast soul' to myself on the morning of the write; not as something I wanted to present in the write but just as a prayer to myself. After two hours of not feeling inspired in the session, I sang to my co-writers what I'd been singing to myself all morning and the rest is history."