Tekulve: From Murdah One to a passion for spreading the Word

Tony Cummings reports on the rapper from Ocala, Florida, TEKULVE 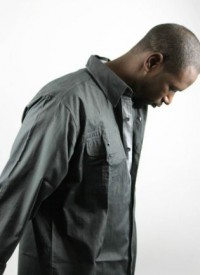 Every month it seems that a new rapper makes it to the Cross Rhythms playlist and now Florida-based Tekulve is the latest to make it to the airwaves with his infectious "CAYA (Come As You Are)". The track feature Tee-Ja & Gene and comes from Tekulve's album 'Inside/Outside'. As it often turns out, the rapper is no new-to-the-scene emcee but a widely experienced artist with years of gigging and recording under his belt.

Tekulve was born in 1979 in Sodus, New York and raised in Citra, Florida. Both of his parents were evangelists so, not surprisingly, Tekulve spent a lot of his childhood in church at the New Life Center COGIC. Even as a child he felt God's call on his life but once he hit adolescence he strayed away from the church. In 1999 he formed a rap group called Murdah One who went down the familiar gangsta rap lines of violence, drugs and misogyny. But the Lord hadn't finished with the talented emcee. In 2004 Tekulve recorded his first positive song titled "Mamma Um Trying" and awhile later his song "God Smiles" became something of a hit in central Florida. The rapper explained, "The song 'God Smiles' was a spiritual statement that represented God's change in my life and my new relationship with him."

By 2006 the excess of Murdah One was far behind the rapper. Tekulve released a mixtape 'Get Right Or Get Left: Mixtape Vol 1' followed by 'Real Life Gospel Music: Mixtape Vol 2' (2008) and 'Reborn: Mixtape Vol 3' (2009). Tekulve's first album proper, 'Return 2 His Armz', was followed by three more albums, 'Da Breakthrough' (with the title track single featuring the renowned Canton Jones) in 2010, 'Da Antidote' (again with Canton Jones on the lead single) in 2011 and 'Who Left The Door Open' in 2013.

The rapper joined NOW Church (formerly Spirit Life Church) under the leadership of Pastors Richard and Gail Perinchief. He was prepared to serve as a parking lot attendant before moving on to music ministry and is currently a youth leader with the still growing church. Tekulve's singles and albums have been released on the rapper's own Empowered Records (formerly known as Pure Vision Ministries and Music). His big breakthrough in recording was when Empowered signed a national digital distribution deal with Infinity Music Distribution/Central South Distribution meaning that his 'Inside/Outside' album got out to a national and even international audience. 'Inside/Outside' has received enthusiastic reviews, Cross Rhythms writing, "Through the project we're treated to power-fuelled vocals of Sharon Brooks such as on 'Best Decision Of My Life' while we also get more downtempo and R&B-influenced tracks like 'Heart Of A Worshipper' which features Lindsey Seals and the worshipful 'Test Of Faith' with Chairana Branton guesting. Throughout, Tekulve continually demonstrates his spiritual zeal." 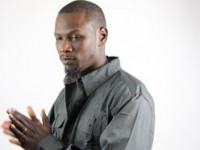 Tekulve is very aware of the potential for spiritual good gospel hip-hop has. He said, "Speaking from experience I understand the influence music has on the youth and how it affects the community. Due to my love and passion for spreading the word of God through music, I am aware of the tremendous impact that music has. Music can be used as a tool for construction or as a weapon for destruction; it's all about the message."

For more on Tekulve visit the Tekulve artist profile