Mike Rimmer and Tony Cummings have sifted through 1,500 Christian music releases to identify the very best tracks of the year. So here they are in no particular order. 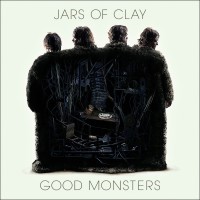 Jars Of Clay - Dead Man (Carry Me)
From 'Good Monsters' (Essential)
Nothing quite prepared us for this hugely catchy radio hit. The Jars, as we all know, are a class act with mega hits like 1995's "Flood" to prove the point. But Haseltine and co have also sounded indulgent and plain dull on some of their albums, relying a little too heavily on the poignancy of Dan's vocals, the stacked harmonies and instrumental craftsmanship failing to hide the fact that songs rambled rather than hit home. "Dead Man" though is a radio friendly gem. With a Talking Heads-style groove and lyrics which speak of a need to be dead to our self sufficiency - "Carry me, I'm just a dead man/Lying on the carpet/Can't find a heartbeat" - it manages to be both immediate yet profound.
Tony Cummings
(Â£9.97 @ Cross Rhythms Direct) 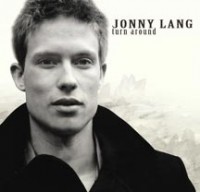 Jonny Lang - Only A Man
From 'Turn Around' (A&M, US import)
Here the talented Mr Lang testifies about his life before becoming a Christian in a heartfel honest way with a stripped down backing of guitar and fiddle. There's something in the way his voice breaks as he sings the lyrics that pulls you into the song. The second half of the song sees the fiddle adding an almost Country flavour to things as Jonny and Haylie Lang duet. Jonny's confessional lyrics about his own fears and the prayerful close of the song where he throws all his burdens on God and Haylie's vocal is the peaceful voice of God assuring him. It's a totally beautiful song.
Mike Rimmer
(Â£9.97 @ Cross Rhythms Direct) 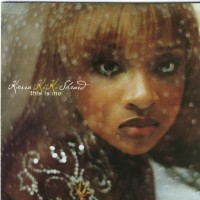 Kierra 'Kiki' Sheard - Yes
From 'This Is Me' (EMI Gospel)
Growing up surrounded by the amazing gospel divas the Clark Sisters must have been a huge aid in Kierra developing such quality vocal chops of her own. Now the teenager is showing every sign of becoming an outstanding gospel talent of her generation and this cut is close to the classic "You Don't Know" from 2004 which announced her stunning emergence onto the scene. At first I didn't think this was quite in the same class as that urban gem but now that Warren Campbell's insidious groove and Kierra's soulful emoting have gotten through to me my resistance has been swept away.
Tony Cummings
(Â£9.97 @ Cross Rhythms Direct) 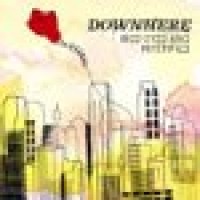 Downhere - A Better Way
From 'Wide-Eyed And Mystified' (Centricity)
There are love songs and there are Love Songs! There has been no greater act of love than Jesus laying down his life for us and it is, of course, THE central truth of our faith. However when it comes to songs on the subject, it's hard to create something that is original but Downhere have managed that. The first time I heard this song was at a music showcase in Nashville and it moved me. The interplay of the Canadian band's two singers combines with a great melody and a lyric that makes you realise how much Jesus loves you. A stunning song that has encouraged me throughout 2006.
Mike Rimmer
(Â£9.97 @ Cross Rhythms Direct) 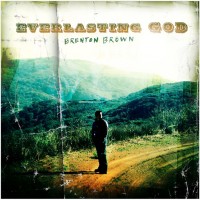 Brenton Brown - We Will Worship Him
From 'Everlasting God' (Survivor)
Although "Everlasting God" has been getting all the attention, this little gem is more than worth discovering. Songs of intent like this that stir the soul to worship are spread across the psalms and there's something good about deciding to worship God. It's a straight forward idea with plenty of imagery and the obligatory big chorus. But what makes this song stand out from the crowd is that two minutes into things, the distinctive sound of Ladysmith Black Mabazo completely transforms the song by mixing into the Western pop sounds, the ethnic worship of Brown's homeland. The results are beautiful.
Mike Rimmer
(Â£9.97 @ Cross Rhythms Direct) 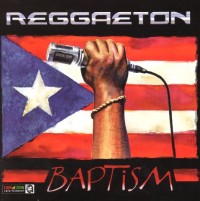 Redcloud Con Ralphie - Manos Pa Arriba
From Various - 'Reggaeton Baptism' (Lion Of Zion)
The fusion of Latin, hip-hop and reggae to produce that intense rhythmic brew known as reggaeton is, in my book, one of the most exciting new developments to hit the international music scene these last few years. It also resulted in this - the first Spanish language track ever to grace the Cross Rhythms radio playlist. The best cut from Lion Of Zion's 'Reggaeton Baptism' compilation, this is a truly electrifying chunk of Latin rapping. Produced by Christafari's Mark Mohr and featuring Syntax Records' Redcloud it effortlessly crosses the language barrier.
Tony Cummings
(Â£9.97 @ Cross Rhythms Direct) 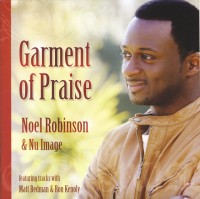 Noel Robinson & Nu Image - You Are My Healer
From 'Garment Of Praise' (One Voice)
Sometimes when you're sick, it's easy to focus on the sickness but here's a worship song that focuses the worshiper on God, The Healer. A pretty melody, a fabulous arrangement and superb interplay between Robinson and the tight small group vocals of Nu Image only add to the impact of the song. Just as it builds up and hits home, the song then breaks down into a testimony time and wow! Preach it brother! The combination of scriptural truth, testimony and plenty of melody are soul stirring. And then the song vamps all the way home!
Mike Rimmer
(Â£9.97 @ Cross Rhythms Direct) 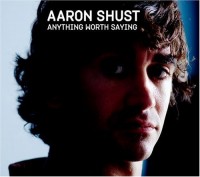 Aaron Shust - My Saviour, My God
From 'Anything Worth Saying' (Brash, US import)
At a time when the church is saturated with an over-abundance of new but totally bland worship songs, it's a relief each year to find half a dozen songs that standout from the crowd and splash some colour in a beige scene. Obscure Atlanta based worship leader Aaron Shust wrote the song for his local congregation without a thought of ever recording it and yet has found the song taking off stateside and it's only a matter of time before it's discovered over here. It's a simple message building up to an absolutely huge memorable chorus where you can just picture multitudes of worshipers raising their hand in praise. With superb production and Aaron's gritty voice, it's just a brilliant worship song.
Mike Rimmer 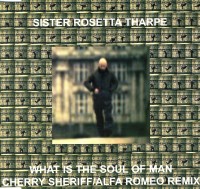 Sister Rosetta Tharpe, Cherry Sheriff - What Is The Soul Of Man
From "What Is The Soul Of A Man" (single) (Document)
It's one of those quirks of promotion-by-TV-commercial that it was an Alfa Romeo ad on the box which was responsible for catapulting this long forgotten obscurity into the mainstream record shops. If you didn't know, Sister Rosetta was a larger than life figure who took her electric guitar and songs about Jesus out of the churches and into USA's nightclubs and the fact that she did this in the '30s and '40s says much for her pioneering spirit. The good sister cut this song in New York in 1944 and its torrid guitar riff demonstrates that Chuck Berry wasn't the sole inventor of rock 'n' roll guitar. It was the remix by Cherry Sherriff which added a bit of percussion to Rosetta's pounding guitar and shrill vocal which got it ready to sell cars. The song was a delight back before I was born and remains one today.
Tony Cummings
(Â£2.99 @ Cross Rhythms Direct) 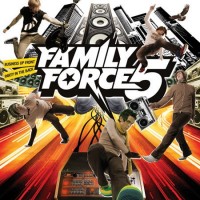 Family Force 5 - Replace Me
From 'Business Up Front, Party In The Back' (Gotee)
The hugely infectious 'Business Up Front, Party In The Back' album by these Florida brothers missed out on Cross Rhythms 20 Best Albums Of 2006 accolade by a whisker, but we couldn't ignore this cut. Along with the album's other highlights "Earthquake" and "Love Addicts", this is a highly imaginative fusion of rap, rock and pop from a band with a fast growing support base.
Tony Cummings
(Â£7.67 @ Cross Rhythms Direct) 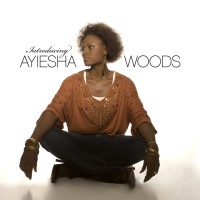 Ayiesha Woods - Happy
From 'Introducing Ayiesha Woods' (Gotee)
I have to confess that I do spend a great deal of time searching out songs that would sound great on the radio. There's something about a perfectly crafted snappy pop song that gets me excited and this is one of the best of 2006. The fact that it comes from Ayiesha Woods' genre defying album is even better since when this was released to radio in America, DJs had no idea she was black! Pop songs don't come more finely honed than this! The slick production, ironic lyrics ("no hit single") and enormous chorus should be brought out at songwriters' conventions to teach others the art form.
Mike Rimmer
(Â£7.67 @ Cross Rhythms Direct) 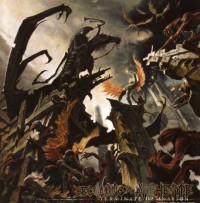 Becoming The Archetype - The Epigone
From 'Terminate Damnation' (Solid State)
Don't let the keyboard chords on the intro fool you. Once the first scream kicks in and the juddering guitars begin a helter skelter passage with enough tempo changes to recall the golden age of thrash it's clear this is music for the hardest tastes. Suddenly, the song stops dead in its tracks and the guttural rasp of frontman Jason Wisdom roars out "there is no opposition!" to which his leather-lunged colleagues clearly concur in a demented answering chorus. It spirals to a head-jarring climax and one is left breathless by the sheer intensity of a hard music classic. Music as brutal as this seldom makes the airwaves (except on programmes as moshpit friendly as Cross Rhythms' Rock And Hard Place) but it's clear why this band from Atlanta, Georgia are making waves.
Tony Cummings
(Â£9.97 @ Cross Rhythms Direct) 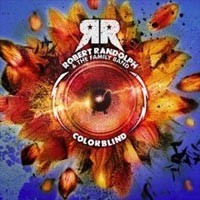 Robert Randolph - Jesus Is Just Alright
From 'Colorblind' (Warner Bros, US import)
The Doobie Brothers did the original and dc Talk introduced it to the Christian crowd and now Robert Randolph has completely transformed it. With the kind of fiery pedal steel which has forged his reputation, Randolph takes it a step further by inviting Eric Clapton onto the song adding even more bluesy elements. The song soars and swoops as the two guitarists interplay building to a fake climax and then starting all over again! Every time I played this on the radio, I'd be inundated with enquiries about the song. With a catchy riff, memorable chorus and two of the world's greatest musicians, it's hard to top this.
Mike Rimmer
(Â£9.97 @ Cross Rhythms Direct)

Becoming The Archetype are awesome, well done. Didn't expect a metal band to be included.

Yep, I definitely agree with the choices of Downhere and Ayiesha Woods:)

I think the list is very diverse. And I have three of the albums (Jars, downhere & Aaron Shust). I personally would put downhere at the #1.

awesome! I must commend you on your downehre and leeland choices! They're amazing!

Wheres Rev Tina Redden in this listing. But again like the writer said Its just 2 guys opinion.

A song of the year article without The Song of The Year. How disappointing ;-)

Nothing by Delirious? There's a surprise!

Did Delirious release anything new in 2006? (Live concerts don't count). It's just two guys' opinions; give them a break!